The area equipped for irrigation per region was derived from [BD01] and add up to 5 049 400 ha. The figures refer to year 2008. Statistics for the 64 districts (zilas) at zila were available for 1998 [BD02] and 2007 [BD03], but in the more recent statistics for year 2007 data were missing or incomplete for several zilas. Therefore, it was decided to use for each district the maximum of the irrigated areas reported for years 1998 and 2007 and to scale the irrigated area per district so that the total at the region level was consistent with the area reported as equipped for irrigation in the minor irrigation survey [BD01]. The irrigated area per district estimated that way is visible in the table below and also can be downloaded as Bangladesh irrigation areas in PDF or Bangladesh irrigation areas in Excel. 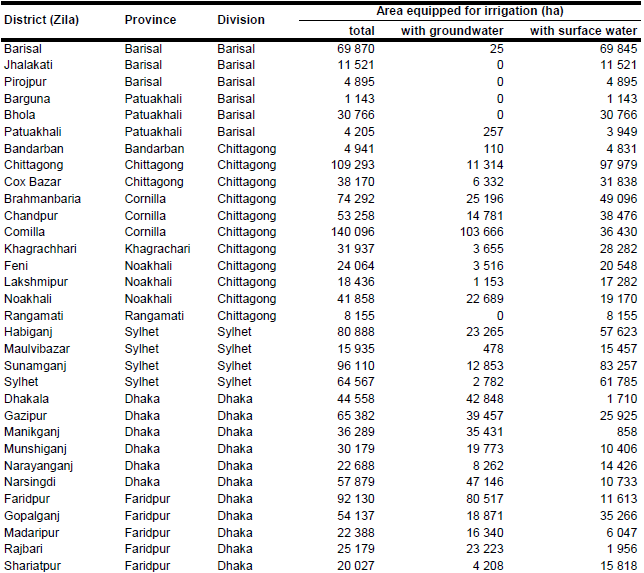 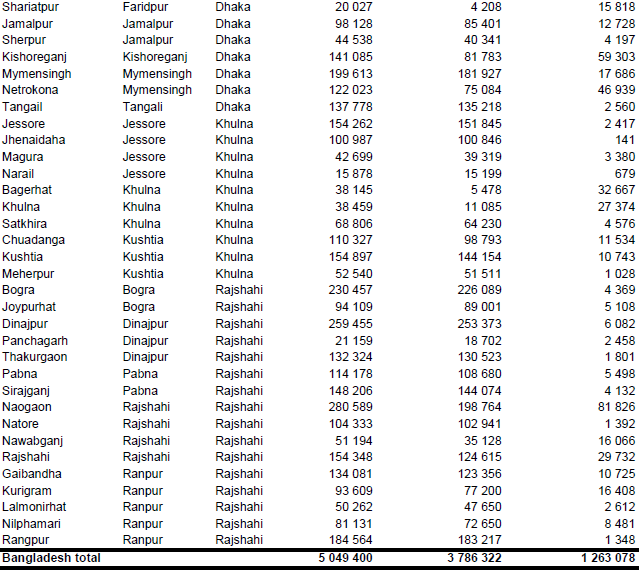 Irrigated areas were digitized from a map showing irrigation accumulated in dot form [BD04]. Each dot represented 1 000 acres of irrigated area, and this also allowed the separation of areas with high and low irrigation density within the districts.