Co-financed by the European Union

This series of country profiles describe how countries have reacted to COVID-19 and specifically: (i) measures enacted by governments to contain the spread of the virus; (ii) policies to stabilize the functioning of agri-food systems; (iii) potential effects of policies on agri-food systems and vulnerable groups. Finally, they also assess longer-term options for agri-food system policies and investments so as to make them more resilient.

The series has been produced by the network of policy officers of the Food and nutrition security Impact, Resilience, Sustainability and Transformation (FIRST) Programme, in close collaboration with country governments, FAO representations and European Union Delegations. In some countries, FIRST has joined forces with the Global Network against Food Crises. 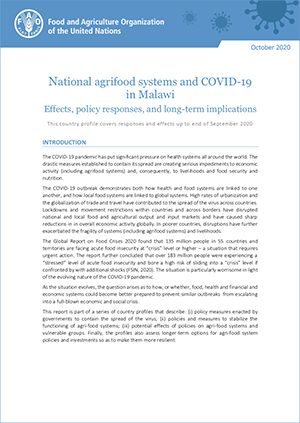 Malawi acted early,declaring a national emergency on 20 March 2020, before the first case was officially reported on 2 April. One of the last countries in Africa to confirm the presence of the disease, Malawi followed the precedent set other countries by implementing early containment measures after only four cases had been reported; these included physical distancing, hygiene and sanitation, school closures, closing the airspace to passenger flights, allowing restaurants to offer take away service only.

Malawi held a presidential election in June and, in August, the new administration updated the previously gazetted containment measures to allow the imposition of a lockdown if necessary (Republic of Malawi, 2020). 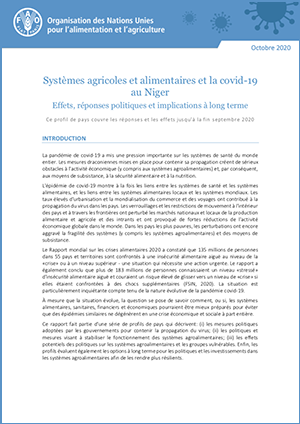 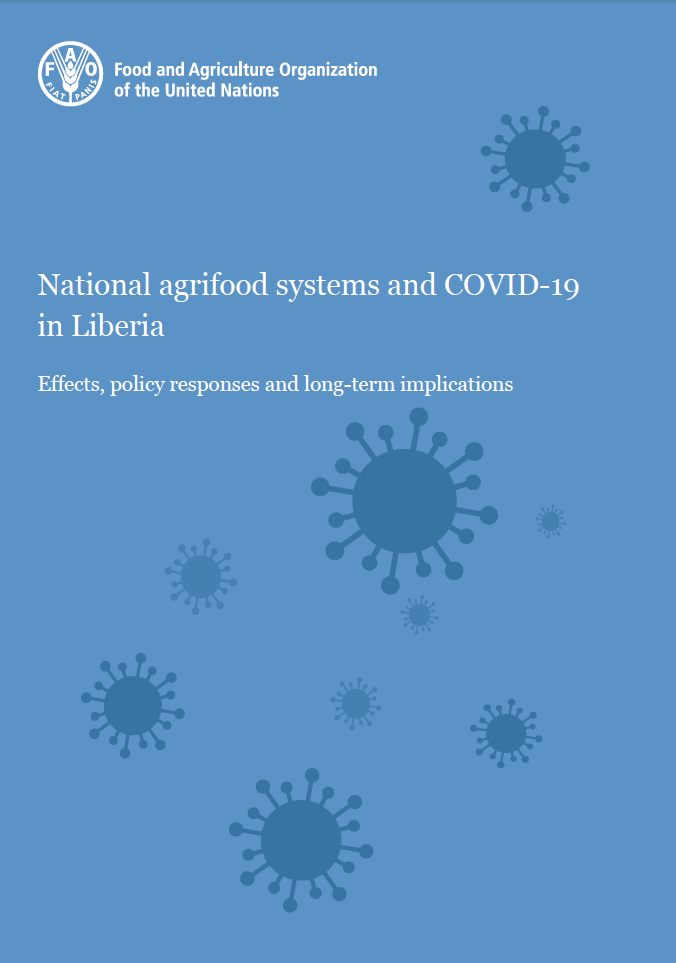 When the pandemic began, the National Incident Management System (IMS) was activated under the central command of the MoH. Immediately after detecting the index case, the government declared a health emergency. The MoA called an emergency meeting of the Agriculture Donor Working Group, requested the establishment of a food security cluster and drafted an emergency food security plan. FAO supported the preparation of the plan. A Special Presidential Advisory Committee on Corona Virus (SPACO) was established in February, under the chairmanship of the President. On 7 April, an Executive Committee on Corona Virus (ECOC) was established as the operational arm of the SPACO. Health experts, cabinet officials and members of the international and donor communities support these bodies; their responsibilities include helping to contain the virus and ease its impact on livelihoods and the economy. 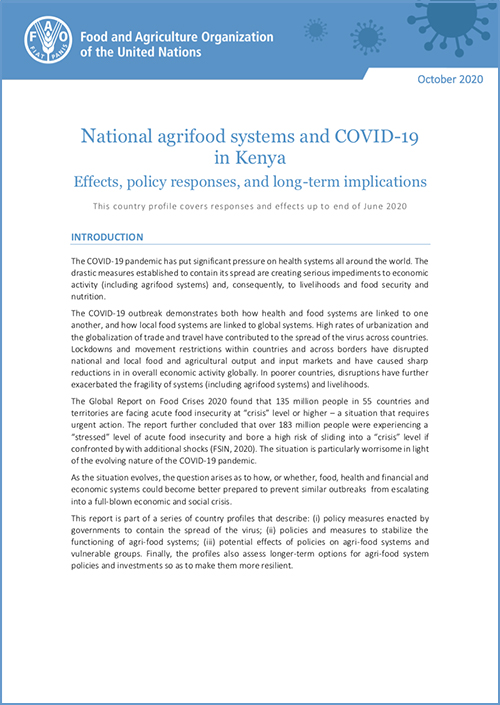 This report describes: (i) policy measures enacted by the Government of Kenya to contain the spread of the virus; (ii) policies and measures to stabilize the functioning of agri-food systems; (iii) potential effects of policies on agri-food systems and vulnerable groups. Finally, the profile also assesses longer-term options for agri-food system policies and investments in Kenya so as to make them more resilient. 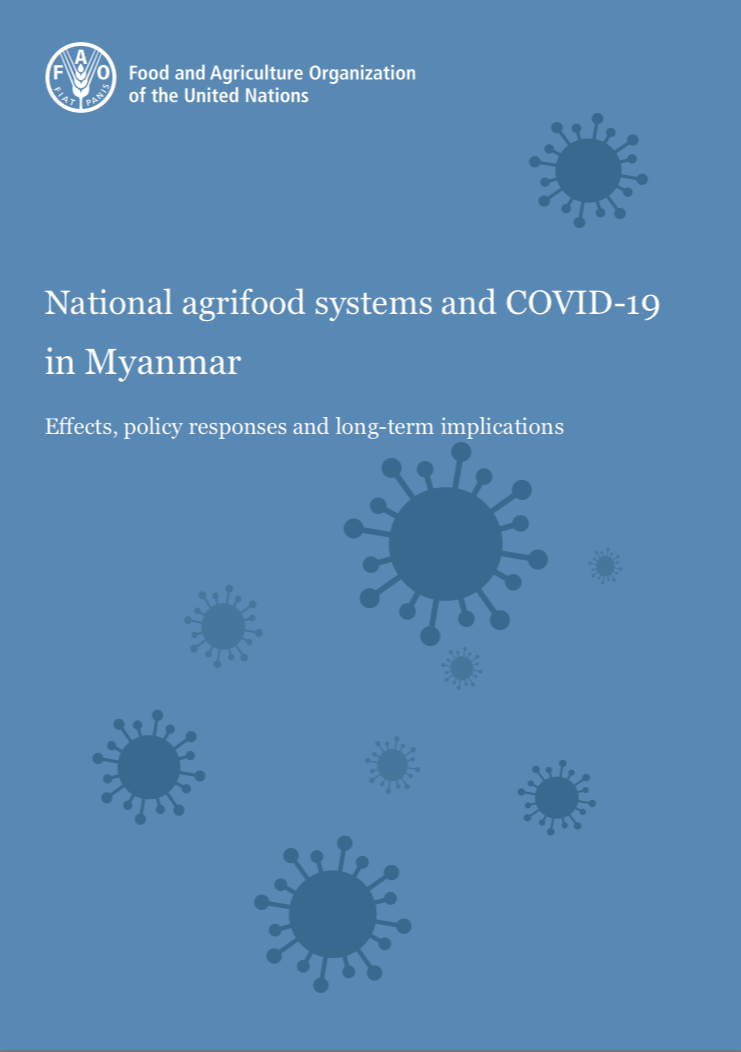 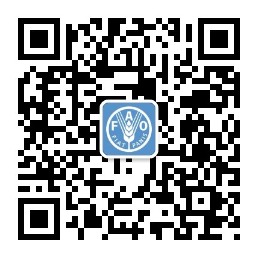