From the project, a series of conclusions and lessons learned were derived, and grouped according to their focus area: 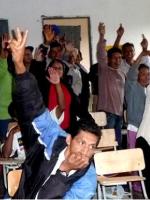 1. Watershed committees allow for a governance of natural resources beyond the political boundaries that define borders, covering the basin. However, watershed committes have sectorial limitations, as they act in matters only direclty related to the basin. For that reason, it is essential that, whenever posible, watershed committees establish a close partnership with local government authorities, including municipalities. It is also important that municipalities establish inter-municipal alliances (alianzas inter-municipales)in order to overcome the limits of borders, allowing them to cover the entire watershed, even in cases of transnational borders.

2. Supranational feedback must begin from the communities located in the Andean plateaus, since they act as true guardians of the water recharge areas that feed the watersheds that flow through the subcontinent.

3. The project for the sustainable management of the lizard in the Beni Department, in Bolivia provided a legal framework that allowed the inclusion of a social sector previously marginalized from the market, legitimizing an important strategy for generating income by households in this territory. It is, therefore, a case that shows that the sustainable use of resources to promote economic recovery in a territory and its producers can operate more efficiently than the prohibition of exploitation of the resource. At the same time, ensuring the sustainability of renewable resources in your area. The project also demonstrates that it is possible to achieve consensus among local actors with different interests, and thus strengthen their organizations and social networks. 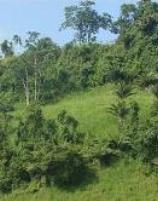 1. Water is the linking thread which connects the tropical Andes to most watersheds in South America, not only those flowing west to the Pacific Ocean, providing water for cities such as Lima, Quito and Guayaquil, but also east to the Atlantic Ocean, by way of the Amazon river basin and the La Plata River basin. As such, the hydrological stability of most of the continent depends on services provided by micro-ecosystems located above 4000 masl (páramos, wetlands and glaciers).

2. Climate change affects particularly the high Andean plateau, with extreme cold that causes high death tolls of animals. The increased frequency and annual recurrence of these events makes necessary to create state policies capable of addressing these episodes as part of a strategy for natural resources management, rather than for an emergency.

3. Torrential rains, as one part of climate variability, exacerbate the problem of soil erosion, making more probable the occurrence of floods. On the other side, extended droughts constitute another major threat. The combination of both phenomena causes the loss of soil fertility, as well as the loss of vegetation cover. 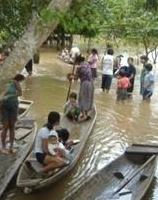 1. A proper management of natural resources (MNR) is the central strategy for risk prevention. In accordance with its environmental context, MNR in the Andean countries requires the adoption of a watershed approach. This requires that participating countries make progress in strengthening institutions that facilitate water governance at the local and higher levels.

2. A strategy for adaptation to climate change /risk management /natural resources management (in the case of South America) must be addressed with a regional approach that goes beyond national boundaries to become a strategy for natural resources management in the sub-continent of South America as a territorial unit. Territorial unity of the continent of South America is determined by hydrological dynamics which, according to the law of gravity, has its origin in the higher elevations of the Andes, downstream to the Pacific and Atlantic oceans.

﻿3. The most important instrument to pass through the emergency phase is the social capital that is essential to strengthen the pre-emergency phases. The consolidation of social capital should be addressed during phases of relative stability around production activities that might or might not be focused on agricultural production oriented for the market.

4. The continuous use of traditional practices shows their resilience and effectiveness as strategies to mitigate climate related impacts in the high Andean lands. It is remarkable how knowledge of these practices for risk management is based on two ancient institutions: the family and community. The family, since it is through the transmission of knowledge from 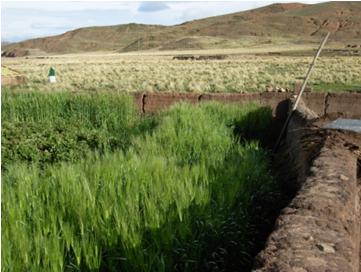 5. In many cases, excessive land fragmentation may be overcome through community organization. The communal organization based on the institution of pre-Hispanic mingas and other traditional forms of organization was also important to balance the action of public entities in the building of infrastructure.

7. Small Andean farmers face difficulties in accessing markets due to: (a) the competition faced by large-scale producers (both domestic and foreign) who are able to produce basic foodstuffs at lower costs, and (b) the increasing dissemination of supermarkets, which offer products at prices well below those received by farmers through their normal market networks. There are, however, some niche markets for products such as camels, quinoa, potatoes, native and local crafts in which small farmers still exhibit comparative advantages.

8. The generation of new revenue opportunities with competitive salaries is critical in high-Andean plateau as this helps to retain the population in working age to their communities and create conditions for the return of those who have already emigrated.

9. Water management schemes are developed in particular local contexts and are subject to the conflicting interests of multiple stakeholders. In particular, national and regional levels are essential to the design of clearly defined legal frameworks to regulate the entry of private firms in providing public goods. Locally, and particularly when the services are used by actors with different interests and not always compatible, building institutions that can guide the negotiations are crucial to ensure the legitimacy (in the short term) and sustainability (longer term) of these institutional innovations.

10. Basin Management institutions require the design of localized real solutions to specific existing problems of local communities face. Depending on local conditions, issues such as food security, job generation and income sources for the adoption of sustainable production practices, should receive priority over other potential conservation strategies.

11. Transparency and inclusion are the two most important prerequisites for building sustainable institutions for watershed management. Participatory management is a prerequisite for social sustainability. In the basins located in mountainous areas, in particular, the inclusion of all stakeholders from the communities of rural communities that live high up in the cities of the lowlands should be included in these institutional innovations.

12. The focus on existing practices and local knowledge for adaptation to climate risk and conservation of agricultural biodiversity is the best guarantee for sustainable management of Andean watersheds. Andean traditional farming practices, such as the construction of terraces, are well adapted to the conservation of soil organic content and water retention. The local knowledge of conservation practices in situ and the resilience of some crops and livestock products should be valued and included in the development of modern institutions.