Activist Cécile Ndjebet, of Cameroon, won the 2022 Wangari Maathai Forest Champions Award in recognition of her outstanding contribution to preserving forests and improving the lives of people who depend on them.

Presented by the Collaborative Partnership on Forests (CPF), which is chaired by FAO, the award was conferred at a ceremony during the XV World Forestry Congress in Seoul, Republic of Korea.

Roughly 70% of women in Cameroon living in rural areas and dependent at least in part on harvesting wild forest products for their livelihoods, yet in some communities women are denied the right to own forest land, inherit it if their husband dies or even to plant trees on degraded land. 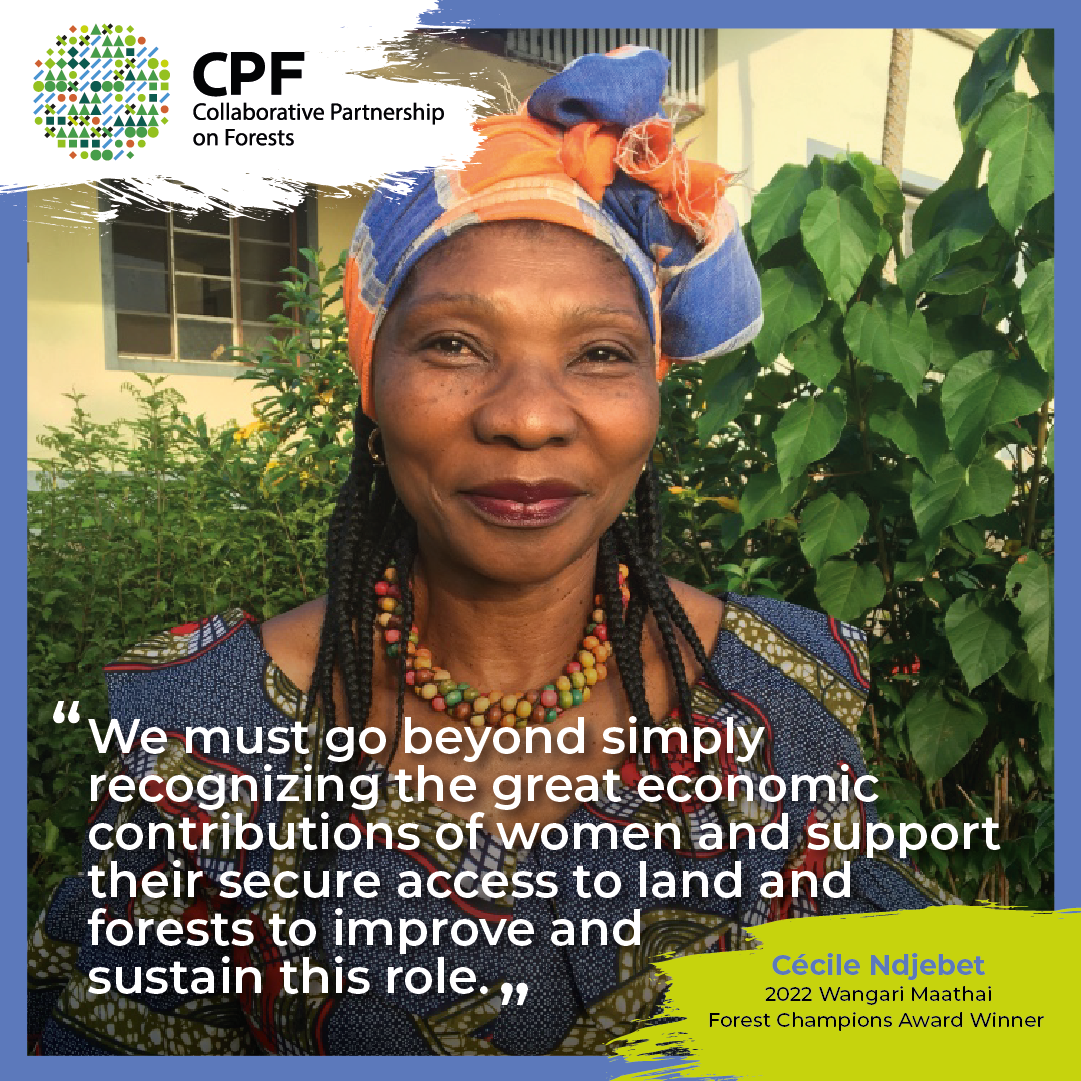 Established by the Collaborative Partnership on Forests in 2012 in memory of Kenyan environmentalist and Nobel Peace Prize winner Wangari Maathai, the Forest Champions Award recognises inspiring individuals who have helped preserve, restore and sustainably manage forests.

Maathai’s Green Belt Movement is an environmental organization that empowers communities, and particularly women, to conserve the environment and improve livelihoods. The movement has planted over 51 million trees in Kenya. This spirit is revived through the UN Decade on Ecosystem Restoration 2021-2030, a rallying call for the protection and revival of ecosystems all around the world, for the benefit of people and nature.

Along with international recognition and prestige, the recipient of the Forest Champions Award is granted a cash prize of USD20,000 and travel support to participate in the award ceremony.

Nominations are reviewed by a panel of renowned forestry experts, from research to politics, who will also consider the nominees’ efforts in empowering women, youth and civil society, fostering social commitment, promoting networks and improving the visibility and socio-cultural value of forests.