High-level Dialogue of the Collaborative Partnership on Forests

Turning the Tide on Deforestation

Turning the tide on deforestation is a top priority for the UN Secretary-General, who called for accelerated efforts to halt deforestation and restore forests in 2019 through concerted action and advocacy across and beyond the UN system. An estimated 420 million ha of forest – an area larger than twice the size of Mexico – was lost between 1990 and 2020, with agricultural expansion driving about 90% of global deforestation in the 2000-2018 period.

Nature-based solutions can cost-effectively provide up to one-third of the climate change mitigation needed between now and 2030 to stabilize global warming below 1.5C. Of these, reducing deforestation and forest degradation are among the most effective options. This was emphasized and reflected through the Glasgow Leaders’ Declaration on Forests and Land Use, adopted during the UNFCCC COP26 to accelerate efforts to halt deforestation by 2030, and in the launch of the Forest and Climate Leaders’ Partnership (FCLP) at COP27. This Partnership includes 26 countries committed to accelerating momentum to halt and reverse forest loss and land degradation by 2030.

Co-chaired by the US and Ghana, member countries will commit to be a leader in at least one of the FCLP’s action areas. Within each action area, the FCLP will support, lead, establish or showcase, as appropriate, one or more initiatives as the principal mechanism to scale and drive delivery. As we move from an era of commitments, good will and pilots into a decade of massively scaled up action on forest, mobilizing finance will be of the essence. Forests have proved to be a key solution to multiple planetary challenges but the investment gap remains daunting.

Estimates of finance needed to protect, restore and enhance forests globally range from USD 45 to 60 billion per year. Current international and domestic funding averages only USD 2.4 billion - 0.5-5% of the need - per year. This compares to over USD 10 billion per year that has been spent on agriculture and forestry subsidies by countries with high rates of deforestation since 2010.

The USD 22.4 billion (including USD 1.7 billion to indigenous peoples) pledged under the 2021 Glasgow Leader’s Declaration on Forests and Land Use, signed by 142 countries to work together to halt deforestation, is good start but does not match the financial need of  USD 45-60 billion per year.

It is time to scale up massively predictable finance for forests solutions. Opportunities are at hand and the CPF is ready to help to support access to public finance for activities targeted at halting deforestation, conserving and sustainably using forests and restoring forests, and to support the leveraging of private investment for sustainable land use, agriculture, forest conservation, restoration and management.

The Collaborative Partnership on Forests (CPF), consisting of 15 international organizations, is spearheading the efforts to halt deforestation globally. In 2021, the CPF released the latest scientific findings and key messages as a joint statement, Challenges and Opportunities in Turning the Tide on Deforestation, at the 16th session of the UN Forum on Forests (UNFF) in support of the existing global forest goals and targets in support of the implementation of the UN Strategic Plan for Forests (UNSPF) and its Global Forest Goals and other intergovernmentally-agreed commitments on forests. During the CPF Dialogue at COP26, the CPF announced the launch of the CPF Joint Initiative on Turning the Tide on Deforestation to present its flagship initiatives and programmes targeting the common goal of halting deforestation.

At the High-level Dialogue leaders of CPF agencies will discuss actions, transparency and finance to accelerate efforts in turning the tide on deforestation in the context of current global pledges, including the Forest and Climate Leaders’ Partnership. The dialogue will also serve to identify next steps to be taken to realize enhanced ambition and global commitments.

The Collaborative Partnership on Forests presents: 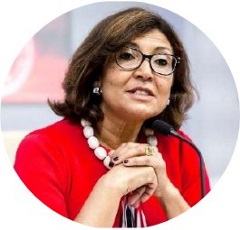 Maria Helena Semedo, Deputy Director-General, FAO, is an economist and politician from Cape Verde. A leading expert in global development issues, she has worked in public service for over thirty years. As part of the FAO Core Leadership Team, Semedo works to develop impactful initiatives such as the FAO Green Cities Action Programme and the corporate strategy for mainstreaming biodiversity across agricultural sectors, fostering multi-stakeholder dialogues that optimize the Organization’s 75+ years of technical expertise and experience, its global reach and innovative approaches, all contributing to achieve the Sustainable Development Goals. 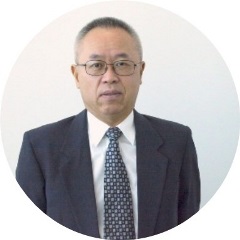 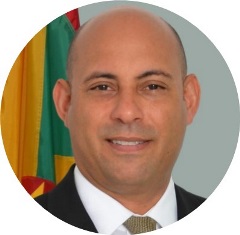 Simon Stiell is the Executive Secretary of the UNFCCC. He served as a senior minister in the Government of Grenada, from March 2013 to June 2022, holding the portfolios of Minister for Climate Resilience and the Environment for five years. He also served as Minister for Education and Human Resource Development, Minister of State with responsibility for Human Resource Development and the Environment, and as a junior minister within the Ministry of Agriculture, Lands, Forestry, Fisheries and the Environment. Mr. Stiell served as member of Grenada’s Upper House of Parliament, the Senate, where he held the position of Leader of Government’s Business throughout this period. Prior to his return to Grenada, Simon Stiell had a successful career spanning fourteen years within the technology sector, holding senior executive positions in a number of industry leading companies, from Silicon Valley based technology start-ups, to major corporations including Nokia and G.E.C. 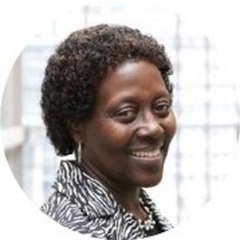 Elizabeth Maruma Mrema is the Executive Secretary of the Convention on Biological Diversity. She has worked with the UN Environment Programme (UNEP) for over two decades and has served in various roles, including as Director of the Law Division, Deputy Director of the Ecosystems Division, and Executive Secretary of the Secretariat of the Convention on the Conservation of Migratory Species of Wild Animals. Elizabeth’s work at UNEP has focused on the development, implementation and enforcement of environmental laws at national, regional and international levels. In 2021, the IUCN World Commission on Environmental Law, in collaboration with UNEP, awarded Elizabeth with the Nicholas Robinson Award for Excellence in Environmental Law. 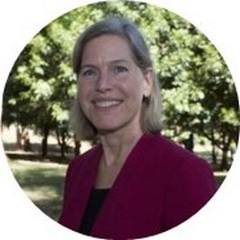 Susan Gardner is Director of the Ecosystem Division, UNEP. She has over two decades of experience in science and environmental policy working for both the Mexican and United States governments.  She was a senior official in the United States National Oceanic and Atmospheric Administration focused on fisheries science and ocean conservation.  Prior to this position, she was a senior official at the U.S. Department of State in the Bureau of Oceans and International Environmental and Scientific Affairs and worked for the Mexican Federal Government as an environmental scientist at the Centro de Investigaciones Biológicas del Noroeste. Based on her contributions to the Minamata Convention on Mercury she was awarded the Gold Medal for Exceptional Services from the U.S. Environmental Protection Agency.  Ms. Gardner created the first Ecotoxicology Program at the Centro de Investigaciones Biológicas del Noroeste where she earned the distinction of membership in the Mexican Sistema Nacional de Investigadores and board certification as a fellow of the Academy of Toxicological Sciences. 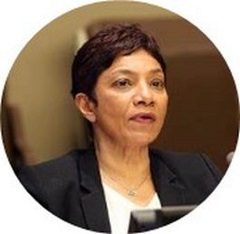 Sheam Satkuru is a Malaysian citizen and was appointed as the first woman Executive Director of the International Tropical Timber Organization at the 57th Session of the International Tropical Timber Council in December 2021. She was previously the ITTO Director of Operations from November 2017, supporting ITTO’s goals, including enhancing organizational efforts towards SFM in the tropics while expanding and diversifying the trade in tropical wood products from sustainably managed and legally harvested forests. Her current objectives are to grow financial and policy support for the implementation of SFM in the tropics; enhance collaborative efforts with international partners; address market access and trade regulations and international policies for tropical forest products; and identify measures towards balancing sustainable production and consumption in line with the SDGs 2030, the United Nations Strategic Plan on Forests (UNSPF) and other internationally adopted objectives, as mandated under the International Tropical Timber Agreement (ITTA) 2006. 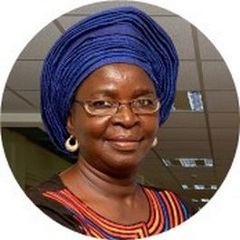 Juliette Biao Koudenoukpo is Director of the United Nations Forum on Forests Secretariat (UNFF), a national of Benin, and a Canadian citizen. She has a wealth of experience in international development and 32 cumulative years managing complex initiatives in Africa, Latin America, and Canada with a focus on the environment, community livelihood and gender equality. As the first female forester in West Africa, Dr. Biao pioneered ground-breaking initiatives including participatory management of protected areas.

Dr. Biao joined the UNFF from the United Nations Environment Programme (UNEP) in Nairobi where she served for over six years as the Director and Regional Representative for Africa. She worked with Canadian Crossroads International as the Director of Programs. She also served the Canadian Centre for international Studies and Cooperation as the Regional Director for Africa, as well as with the International Union for Conservation of Nature (IUCN) Regional Office for West Africa. She worked for 7 years with a private sector organization.

Dr. Biao served as Benin’s Minister of Environment and Nature Protection as well as Acting Minister of Family and the Child. She holds an M.Sc. in Forestry economics, a PhD in Public Policy and Administration and numerous other certificates for which she gained academic accolades. She has won the Global Women’s Leadership and Green Future Leadership Awards and named Commander of the National Order of Merit. 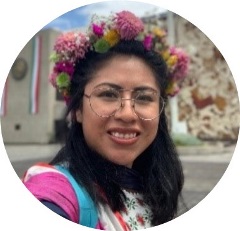 Jessica Vega Ortega, Co-Chair of the Global Indigenous Youth Caucus, is indigenous Mixtec, originally from the community of San Miguel Ahuehuetitlán, Oaxaca, State of Mexico. She studied Political Science and Public Administration at the National Autonomous University of Mexico. She has been an intern for the FAO, a consultant at UNFPA-FILAC and the FAO, in addition to collaborating with the Valle de Chalco City Council in favour of the Indigenous Peoples. She is coordinator of the Yani Tundavii Dikuintii collective, (Mixteco Brothers Together), part of the CIARENA organization. She is a member of the Coordinating Committee of the Network of Indigenous Youth of Latin America and the Caribbean. She is part of multiple national, regional and global committees such as: The Generation Equality multi-stakeholder steering committee, member of the #Super30 working group for Climate Change, member of the country team for the strengthening of community radios in UNESCO, was named Champions Food Systems in the framework of the Food Summit, achieving the implementation of the UN Forum on Indigenous Youth at FAO. 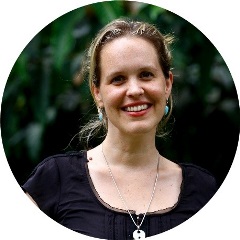 Amy Duchelle is Senior Forestry Officer and Team Leader of Forests and Climate in FAO’s Forestry Division. Amy joined FAO in July 2021 from the Center for International Forestry Research (CIFOR) in Indonesia where she led the Climate Change, Energy and Low Carbon Development Team, and before that was based in Brazil. She has extensive experience on forestry and climate change issues, including through her leadership of CIFOR's Global Comparative Study on REDD+. 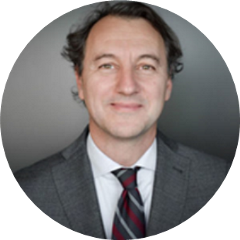 Mario Boccucci is the Head of the UN-REDD Programme Secretariat, the forest and climate partnership of FAO, UNDP and UNEP. He has more than 25 years of experience with the UN, the World Bank and the European Commission at headquarters and country level in Africa, Asia-Pacific and Latin America on both operational and policy work on terrestrial ecosystems, forest governance, biodiversity and climate change.