A prolonged, multi-season drought is driving acute food insecurity across the Horn of Africa, with millions of people on the brink of starvation 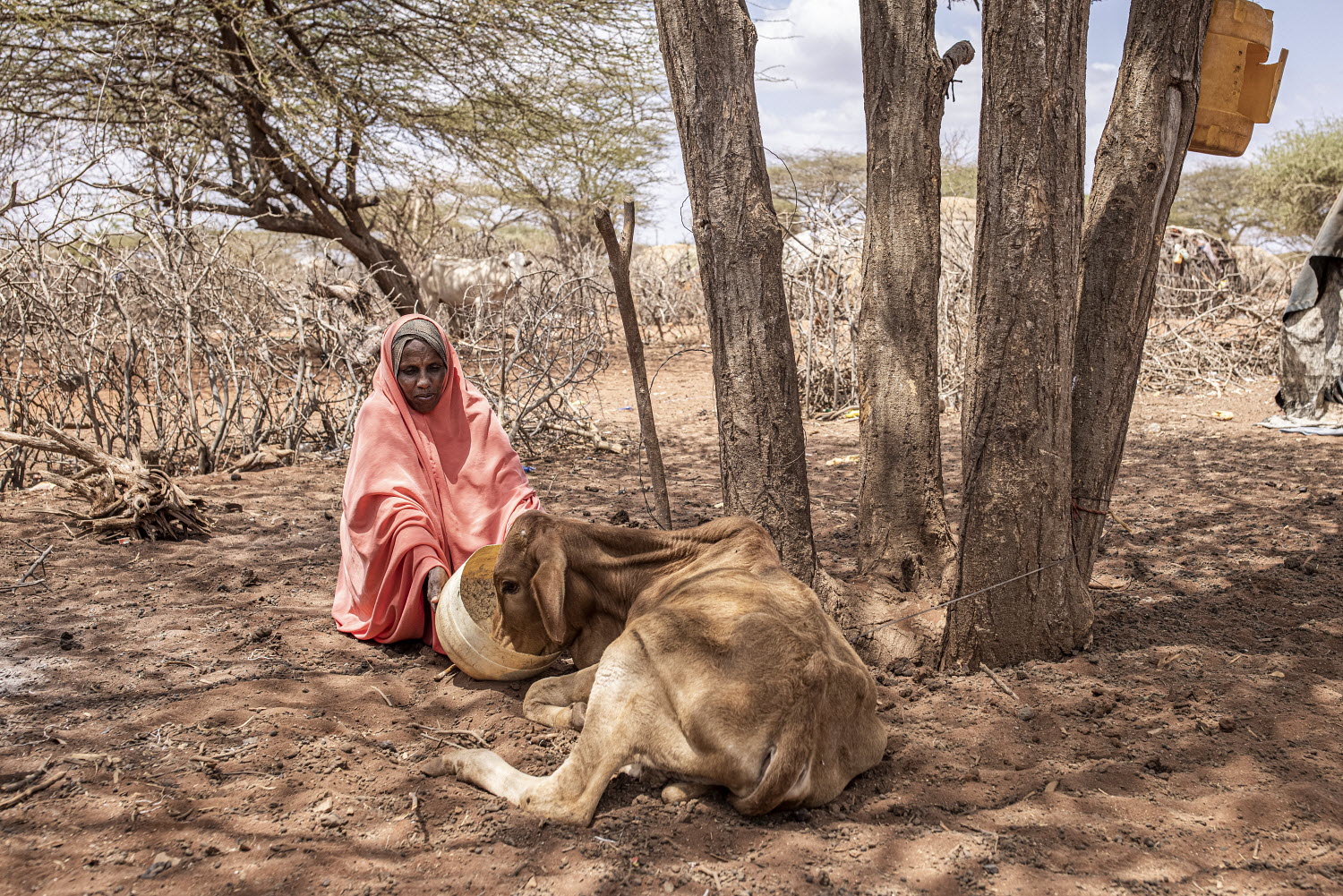 The situation is further exacerbated by escalating conflicts over competition for water and pasture, the COVID-19 pandemic and consequences of a large-scale desert locust invasion, the first in 70 years.

Kenya, like the rest of the countries in the Horn of Africa, is facing the third severe La Niña‑induced drought episode in a decade. The country’s northern region is composed of 23 arid and semi-arid counties, where, according to the latest Short Rains Assessment, an estimated 3.1 million people are in acute food insecurity and in need of humanitarian assistance due to the poor performance of the October–December 2021 short rains. If humanitarian assistance is not urgently scaled up, about 3.5 million people are expected to be on the verge of severe food insecurity.

FAO and its partners have recently warned that in a worst-case scenario in which rains completely fail in the coming months and agriculture-dependent communities do not receive urgent support, the number of highly food insecure people could rise further – with some worst-affected households facing catastrophic hunger conditions.

The Government of the Kingdom of Belgium has contributed USD 500 000 to the Food and Agriculture Organization of the United Nations (FAO) to save the lives and livelihoods of farmers and pastoralists severely affected by drought in northern Kenya. FAO in Kenya Representative, Carla Mucavi described the funds as vital, coming at a critical time as the nation responds to the drought emergency.

FAO will support 19 400 vulnerable households to access food and other basic goods and services such as water and feed for animals, irrigation, veterinary services, and training, including through cash transfers, while protecting and restoring productive livelihoods and building back self-reliance in drought affected communities.

Belgium’s generous support represents an important contribution to FAO’s Horn of Africa Drought Response Plan calling for over USD 138 million to help rural communities cope with the looming impacts of drought on agricultural productivity, rural livelihoods and food security in 2022.