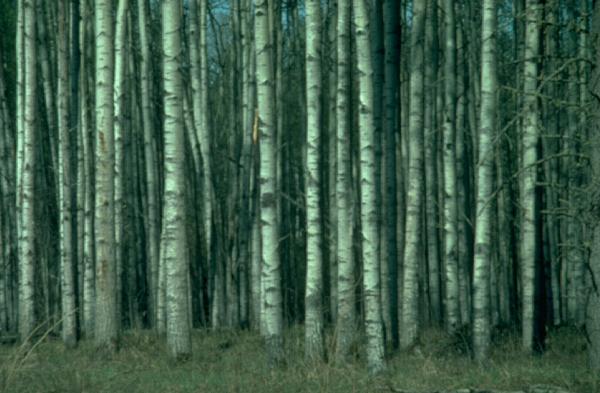 Climate change, in particular increased temperatures and levels of atmospheric carbon dioxide as well as changes in precipitation and in the frequency and severity of extreme climatic events, is having notable impacts on the world's forests and the forest sector. Impacts on forest productivity and health, distribution, and disturbances have been observed with eventual impacts on the forest sector. Some examples include the following.

Such impacts of climate change on trees and forests will inevitably have widespread impacts on the forest sector. Changes in the structure and functioning of natural ecosystems and planted forests and extreme events and disasters will have negative impacts on the productive function of forest ecosystems which in turn will affect local economies. Production patterns and trade in forestry commodities will be altered as species are grown more competitively in higher latitudes and altitudes. Markets may become saturated due to increased mortality of trees following pest infestations. Decreased forest ecosystem services, especially water cycle regulation, soil protection and conservation of biological diversity, as a result of climate change may imply increased social and environmental vulnerability.

* More detailed information, including references, can be found in our publication Climate change impacts on forest health.