Officers of the Working Party are:

Proceedings of the '2nd Conference on engineered wood Products Based on Poplar/Willow Wood', León 2016

Proceedings of the 'Conference on engineered wood Products Based on Poplar/Willow Wood', Nanjing 2008

Constraints identified for the Working Party to be more effective, included:

The programme of action for the next four years included:

During the 22nd of the IPC, the Working Party held one technical meeting during which three scientific/technical papers were presented and several harvesting and utilization posters displayed at the poster sessions.

The mandate of the Working Party was to facilitate the exchange of scientific and technical information about the harvesting and utilization of Poplars and Willows, particularly through collaborative research programmes.

During the period 2000-2004, the Working Party prepared information for the Harvesting and Utilization portal on the IPC website.

The results of a SWOT analysis of the current situation included:

In the future the Working Party will strive to address topical issues such as:

This is the oldest working party of IPC, whose establishment dates from the early 1950s. It brings together all experts interested in the question of logging and utilization of poplar and willow wood.

The working party has drawn up a standard form for technical trials which is intended to describe and qualify the wood of the cultivars used by member countries. The working party has also dealt with felling and harvesting practices and with developing new possibilities for wood utilization. Economic data have periodically been gathered and submitted to IPC sessions, thus making it possible to monitor the evolution of volumes utilized, operating costs and prices. 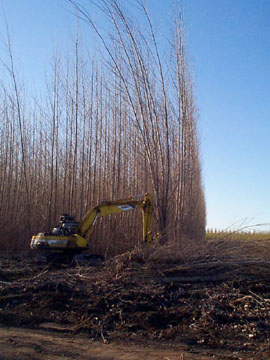 The working party has indicated that the trend in harvesting is now to use all-tree harvesters in plantations, and specially constructed machinery for short rotation biomass plantations. This has confirmed that the outputs of research are filtering down to the operator. Trends in wood products have been influenced by the need to reduce waste. Traditional uses have remained important but high value products will likely to be more actively marketed in the future and research will, therefore, be important in the coming decade. A summary of recent developments and trends in the utilization of poplar wood is Achievements in the utilization of poplar wood-guideposts for the future by J. Balatinecz, A. Leclerq and D.E. Kretschmann.

With regard to the aims of poplar breeding, it has been the opinion of some in this working party that breeders should aim at producing trees with high density and straight form, apart from resistance to pests and diseases. Others maintain that breeders should endeavour to produce trees that would satisfy a variety of industrial requirements.

Recent working party discussions have included the effect of management regimes, large-scale industrial projects, and the benefits of combinations with agricultural crops or grazing - although this topic is now included in the responsibilities of the Working Party on Production Systems and Environmental Applications for Poplars and Willows. In this context, the role of poplar growing on "set aside" farmland in the European Economic Community (EEC) has been discussed, together with the uses of computer modelling in such situations - see for example "Using bio-economic modelling for the design and evaluation of characteristic agroforestry systems" by T.H.Thomas and R.W. Willis, presented at a meeting of the working party in 1996 (reference FO:CIP:BS/96/10). Member countries have been invited to pay more attention to the environmental aspects of poplar and willow growing, as well as to the recycling of products. The need for greater coordination between the growers and those who use the wood of poplar and willow has been stressed.

The working party recommended from an early stage that joint sessions should be held between the different working parties of IPC, in order to achieve greater coordination of research and development and the transfer of technology. It has proposed that mechanisms should be developed for the greater involvement of the private sector in its future activities, and has recommended that the Executive Committee should investigate ways of promoting student exchanges and participation in meetings of the working parties.

Three research priorities were identified in 1996: 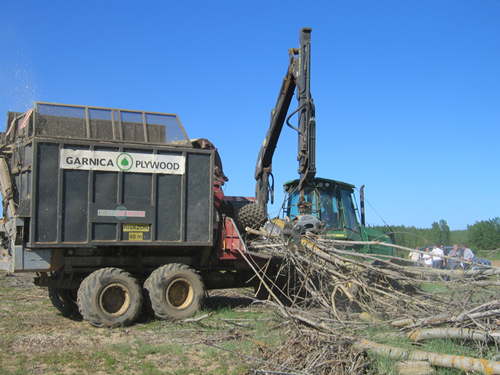 During the 22nd session of the IPC, the Working Party held four technical meetings during which 13 scientific/technical papers were presented and a wide range of posters on production systems were displayed and discussed at the poster sessions.

The Working Party scope included the technical, social, environmental and economic/ecological dimensions of production systems, whether to provide biomass or other products or services to society.

The Working Party on Poplar and Willow Production Systems made the following recommendations:

Reports from prior Sessions

This group, set up at the sixteenth session in 1980, aims to promote coordination among specialists concerned with biomass production from poplars and willows. As this was a totally novel kind of cultivation, so far as techniques of cultivation, choice of cultivars and harvesting techniques were concerned, it was decided to assign these problems to a new group rather than splitting the study among the existing working parties. The specialized new group has thus been in a better position to maintain relations with institutions pursuing similar objectives, such as the International Energy Agency (IEA) and research units of the International Union of Forestry Research Organizations (IUFRO). 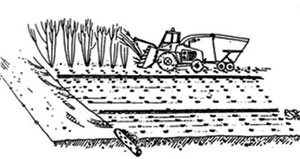 The scope of the working party was discussed in 1992 and most recently in 2000. There was general consensus that the scope should continue to stress that production systems not only produce biomass, but also provide a large number of environmental services. The scope should continue to encompass social, technical, economic and ecological aspects of production systems, whether designed to provide biomass or other products and services to society. In this connection it was noted that several papers were discussed by this group on phytoremediation in the meeting of 2000, and it was even proposed that this developing field merited a new working party devoted to it. 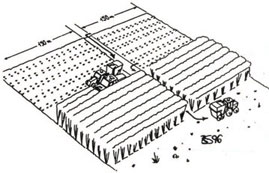 The first formal meeting of the new group was held on the occasion of the XVII IUFRO World Congress in Japan in September 1981. Since then, biomass production in dense, short-rotation plantations of poplars and willows (including agroforestry systems with complete utilization of the combined biomass), regenerated by coppicing, has been introduced on an experimental scale in Belgium, Canada, France, Sweden and USA. Small-scale trials have been conducted in Austria, China, Hungary, Ireland, Italy, New Zealand, Pakistan, Turkey and the United Kingdom.

It was recommended in 1996 that a report be prepared on the modelling of production systems in the Salicaceae. The importance of poplars and willows to social forestry, which should be regarded as multipurpose species, was recognized and member countries were encouraged to investigate the opportunities for technical assistance to support such programmes. It was further recommended that activities of the working party should include studies of the specific requirements for the growth of poplars and willows in the more northerly regions, including Scandinavia and the northern parts of China and North America.

Members submitted the following recommendations to the plenary session of the twenty-first session, which were adopted: