Joining hands with businesses to scale up climate resilient agriculture 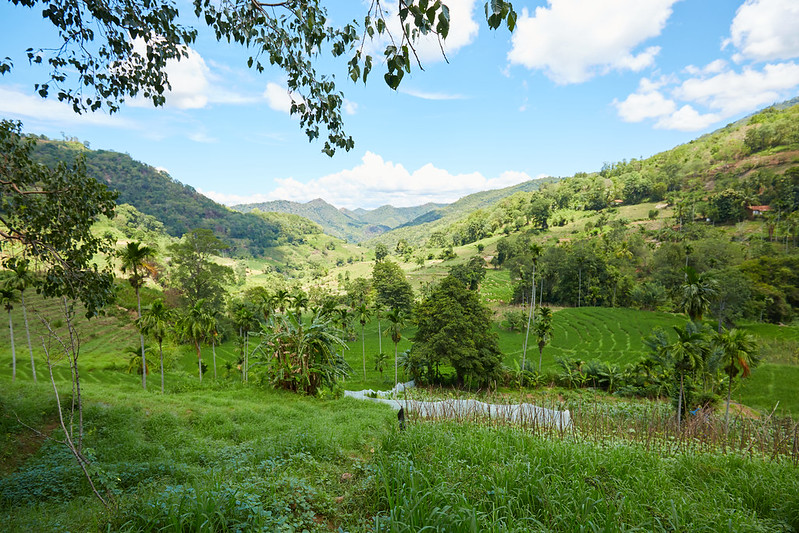 Why implementing a system-wide approach and boosting private sector engagement in agriculture and land-use is part of the climate solution.

While responsible for two thirds of global agricultural GDP (Gross Domestic Product), Asian agriculture is one of the most vulnerable economic sectors in the world to climate change. With its diverse landscape and livelihoods, sheepherders in Mongolia, rice farmers in Thailand and agri-businesses across the key value chains unarguably feel climate impact in the region. Although climate governance in agriculture is picking up through robust plans and policies, implementation is lagging. A joint multi-sectoral approach that engages the private sector can help expedite climate action and scale up ambition in agriculture and land use.

Strengthening climate policies, safeguarding the main economic sectors and climate-proofing investments played a big part in the discussion over the weeklong 7th Asia and Pacific Climate Change Adaptation (APAN) Forum in March 2021. The Forum is the largest gathering of adaptation practitioners in the Asia-Pacific region and important space to exchange knowledge, experiences, and best practices in the region.

In the Asian Development Bank led session, Moving from ‘form to function’ for strengthening climate policy and governance in economic sectors, the Scaling up Climate Ambition in Agriculture and Land Use through Nationally Determined Contributions (NDCs) and National Adaptation Plans (SCALA) programme, co-led by FAO and UNDP, was introduced as a key initiative supporting countries translate their plans into actions.

“When we talk about climate governance approach in the agriculture and land-use sector, we must take a whole-of-society approach by engaging businesses to address the challenges,” expressed Neha Rai, climate finance and M&E specialist of the SCALA programme (FAO) during the session. “We cannot neglect the fact that agriculture is a primary economic sector hugely affected by climate change and need to act accordingly. That is why we need to collaborate closely with the private sector, which is one of the target audiences under SCALA.”

Climate change in the agri-economy
In many least developed economies, agriculture accounts for more than 25 percent of GDP. It also employs up to 63 percent of women in Asia and Africa. When looking at the fragility of the agriculture sector in Asia, three degrees of warming could reduce net crop revenues by a third, 28 percent. Estimates show that the population living in poverty could increase between 35 and 122 million by 2030, because of climate change impacts on the agricultural sector.

Climate-Smart governance in agriculture: A panacea to climate change?

Climate governance in the agriculture and land use sectors is crucial to lifting billions of people out of poverty. The Nationally Determined Contributions (NDCs) and National Adaptation Plans (NAPs) are the most promising climate plans, with agriculture as a priority in more than 90 percent of countries’ NDCs. The now closed Integrating Agriculture in National Adaptation Plans (NAP-Ag) programme supported countries to integrate agriculture into national planning and budgeting processes. Despite these advances, more efforts are needed to translate plans into actions.

There are some major barriers to overcome, such as a lack of systems-wide thinking, insufficient cross-sectoral planning, and limited long-term climate information to identify transformative climate actions. Another barrier is insufficient investments and financing, which often stems from limited private sector engagement in NDC and NAP implementation. The private sector is a crucial player in delivering long-term climate action in the agriculture sector, particularly given the huge climate finance gap, which will not be possible for public sector investments to bridge on their own. Despite the urgency, private climate finance has significantly flown into sectors, such as renewable energy (85 percent), low-carbon transport (14 percent), while only 1 percent has been channeled to other sub-sectors including agriculture, forestry, and land use.

The SCALA programme, with funding from the German Ministry of Environment, Nature Conservation and Nuclear Safety (BMU) through its International Climate Initiative (IKI), responds to these barriers by supporting 12 countries in Africa, Asia, and Latin America to translate their NDCs and/or NAPs into transformative climate actions in the land-use and agriculture sectors. By implementing a systems-wide approach, could enable private sector engagement in the NDC-NAP process and help nurture business opportunities and innovations around climate solutions. Furthermore, enabling incentives and de-risking solutions, as well as mobilizing investments will also play a vital role in catalyzing greater private sector engagement on climate action.

SCALA will collaborate with companies and financiers to shift towards transformative action:

By seeking to understand private sector interests and aligning them with program objectives, SCALA hopes to develop sustainable, market-driven interventions with the private sector to support countries’ climate priorities.