FAO lauds Nelson Mandela as champion of right to food 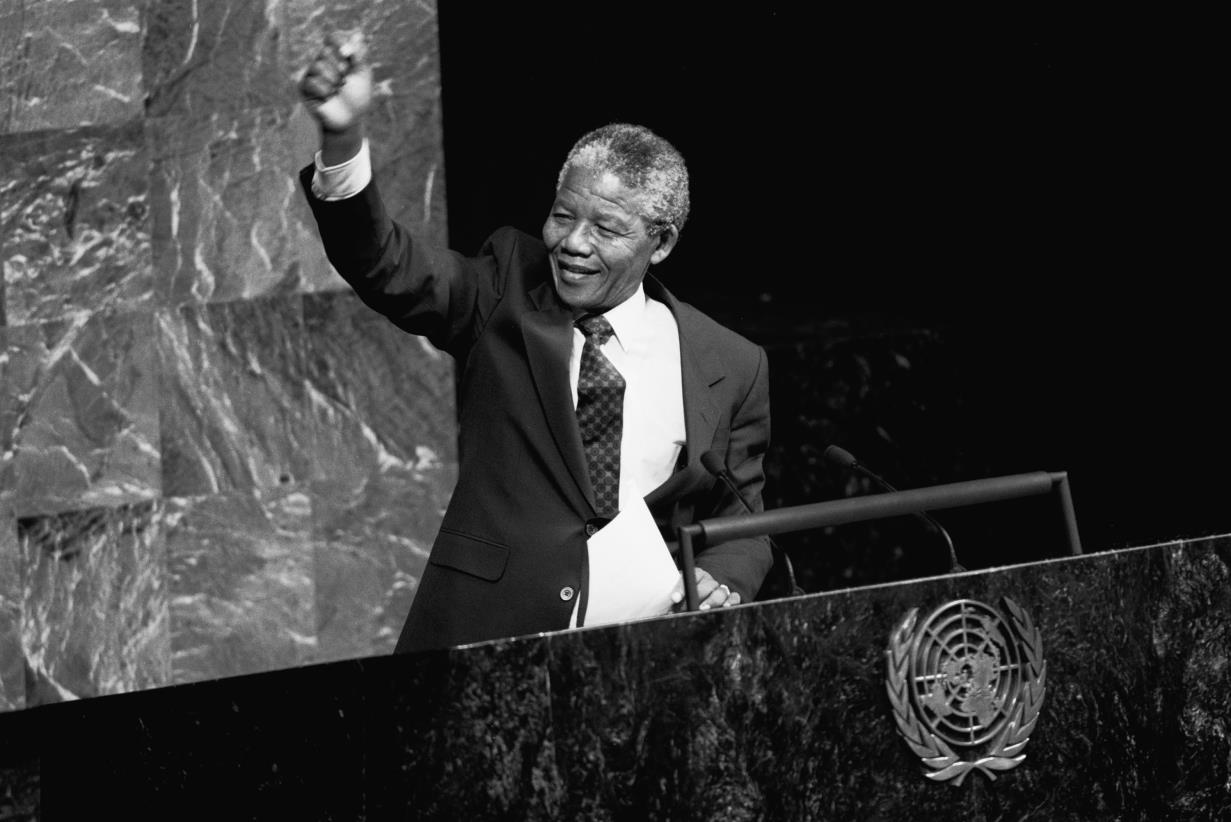 Nelson Mandela, then Deputy President of the African National Congress of South Africa at the United Nations in New York, 22 June 1990.

6 December 2013, Rome - "We have lost one of the world's passionate defenders of the right to food," said FAO Director-General José Graziano da Silva, on learning of the death of Nelson Mandela, former South Africa president.

"As a true champion of human rights, Nelson Mandela understood that the hunger of millions of people was unjust and unsustainable," said the FAO Director-General.

"At FAO, we have been inspired over the years by Mandela's repeated calls to address hunger and the many social and economic ills that either led to hunger or resulted from a lack of access to food in a world of relative plenty," said Graziano da Silva.

"Mandela understood that a hungry man, woman or child could not be truly free. He understood that eliminating hunger was not so much a question of producing more food as it was a matter of making the political commitment to ensure that people had access to the resources and services they needed to buy or produce enough safe and nutritious food."

Since 2009, the United Nations has observed Mandela's birthday, July 18, as Nelson Mandela International Day. Graziano da Silva said it was fitting that the South African government had chosen to highlight food security and nutrition issues in celebrating Mandela's 95th birthday this year, even though the former president and anti-apartheid activist had been too ill to participate.

"Mandela has been an inspiration to me in 30 years of work to improve food security in the world, and he will continue to inspire our work at FAO," Graziano da Silva said.

"We owe him a debt of thanks for speaking out on hunger. More importantly, we owe it to the 842 million people in the world who suffer from chronic hunger to redouble our efforts to eliminate hunger in our lifetimes."