FAO leader calls for change in the way we produce food 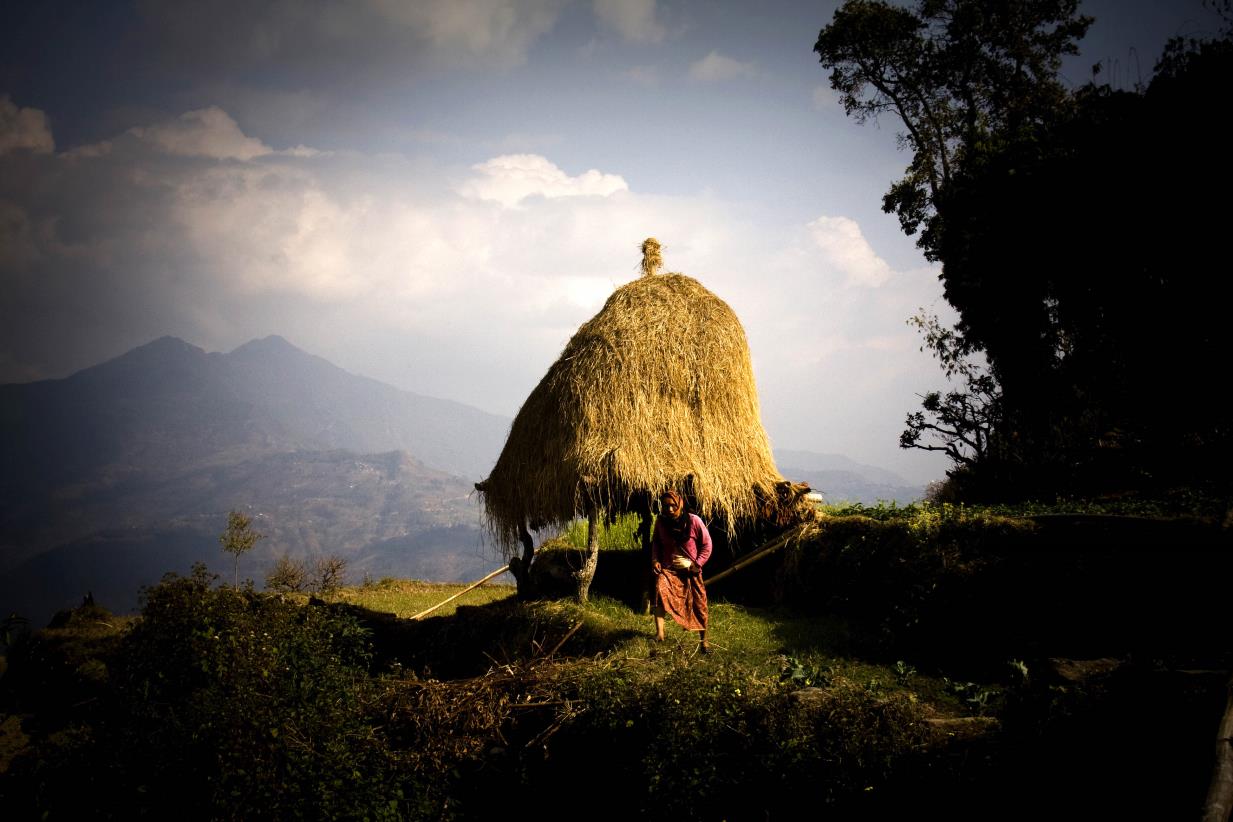 A Nepali woman returns from her fields. The straw will be used to make rugs and feed livestock.

Governments, citizens, producers and investors must forge a "new and holistic way of thinking and, of course, acting" to face down climate change and feed a growing population, he said at the Expo 2015 in Milan.

He cited two guiding principles - ensuring everyone has access to food, and making our food systems sustainable - as critical to the effort to feed the world's growing population while conserving the the health of soils and other natural resources that human life needs to flourish.

While more food production will be needed to feed the two billion additional people expected by 2050, the main cause of hunger is related to access -- enough food is available, but poor families lack resources to buy or produce the food they need. That's a point that FAO is stressing as global challenges shift from the need for increased production during the postwar era to a new paradigm based on better ways to leverage limited resources.

Sustainability is central because "we are seven billion dreams, sharing only one planet," Graziano da Silva said at an event also attended by Gianluca Galletti, Italy's environment minister, and Achim Steiner, executive director of the United Nations Environment Programme.  The day's thematic slogan, "Consume with care," underscores the extreme importance of how we handle food, he added.

Food lost and wasted could feed a third of the world's hungry, instead of misuse of labor, water, energy and other inputs, he noted.

Globally, FAO estimates that up to one-third of all food produced is squandered or lost, and that the 222 million tonnes of food annually thrown away just by rich-world consumers is almost as large as the entire net food production of sub-Saharan Africa. Not only does that food not reach the hungry, but its production saps essential soil nutrients and can curb the ability to manage lands for better carbon storage services.

"The last century has witnessed a rapid transformation of our relationship with the natural world, with an escalating use of natural resources leading to environmental degradation," said Steiner. "We must ask ourselves what the consequences of this pace of consumption and trajectory will be in a world that by 2050 will have to sustain the lives and ambitions of 9 billion people."

Climate change and the kitchen sink

Climate change poses a major risk for future food security, especially due to its potential impact on agricultural production in poorer developing countries -- and is a threat to the very survival of some island states.

In the lead up to the December 2015 UN Climate Change Conference in Paris, FAO is emphasizing the need for an "all-of-government" approach, involving multiple ministries and levels of government, to tackle matters ranging from the need for soil conservation and more resilient crops to inclusive policies that benefit the most vulnerable and empower women and youth.

Not only do food distribution and processing need to be made more efficient, but the imperative of adapting to climate change means many agricultural practices will need to be shepherded by new goals and technologies.

The crux of the change needed entails "shifting from an input intensive approach to one that allows us to produce more with less," Graziano da Silva said.

That will require innovation in areas such as soil conservation and restoration and breeding seeds resilient to warmer or more volatile weather patterns, as well as land management systems designed with an eye to absorbing carbon emissions.

"Food for all must be part of the solution to climate change, and agriculture can boost the transition towards resilient, low-carbon societies and economies," Graziano da Silva said. "It's up to us to make that happen."

Earlier in the day, at an event with Maurizio Martina, Italy's minister of agriculture and forest policies and dozens of other international officials, FAO's director-general signed the Carta di Milano, a charter advanced by Italy calling on individuals to pledge - in a personal capacity -to work towards ending hunger.