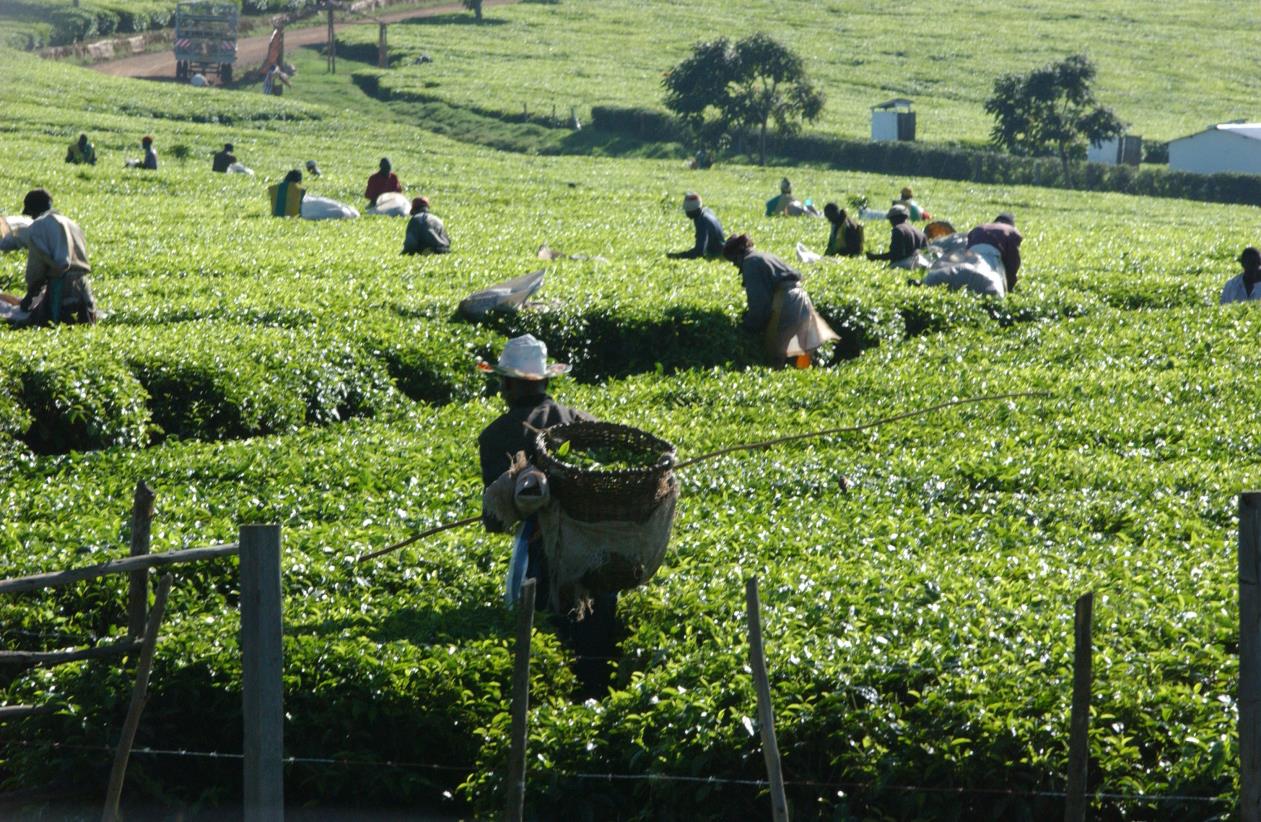 28 May 2018, Rome - Global tea consumption and production are projected to keep rising over the next decade, driven by robust demand in developing and emerging countries. This will create new rural income opportunities and improve food security in tea-producing countries, according to a new report released today.

Tea consumption has grown particularly rapidly in China, India and other emerging economies, driven by a combination of higher incomes and efforts to diversify production to include specialty items such as herbal teas, fruit fusions and flavoured gourmet teas.

The report, which was discussed by the FAO Intergovernmental Group (IGG) on Tea, at its biennial meeting in Hangzhou, China, suggests that tea consumption has also benefited from increased awareness about the beverage's anti-inflammatory, antioxidant and weight loss effects. Such health and wellbeing benefits are seen as the key drivers of future consumption growth.

World production of black tea is projected to rise annually by 2.2 percent over the next decade to reach 4.4 million tonnes in 2027, reflecting major output increases in China, Kenya and Sri Lanka - with this China would reach the output levels of Kenya, the largest black tea exporter in the world.

The IGG report also warns that tea production is highly sensitive to changes in growing conditions. Tea can only be produced in narrowly defined agro-ecological conditions and, hence, in a very limited number of countries, many of which will be heavily impacted by climate change.

Changes in temperature and rainfall patterns, with more floods and droughts, are already affecting yields, tea product quality and prices, lowering incomes and threatening rural livelihoods. These climate changes are expected to intensify, calling for urgent adaptation measures. In parallel, there is a growing recognition of the need to contribute to climate change mitigation, by reducing carbon emissions from tea production and processing.

The report, therefore, urges tea-producing countries to integrate climate change challenges, both on the adaptation and mitigation front, into their national tea development strategies.

Global demand for tea is also benefiting from a new clientele. Young urban consumers in large producing countries like China and India have emerged as the fastest growing segment, eager not only to pay a premium for specialty teas but also curious to know more about the product they consume - its quality, origin and contribution to sustainable development.

Young, upper-middle class consumers are looking for fashionable products to be integrated into their lifestyles, which now also includes gourmet quality tea, and consuming them in the sophisticated environments of specialty teashops and exclusive restaurants, hotels and cafés.

While world tea consumption has increased over the last decade, traditional importing European countries, with the exception of Germany, have seen a decline in consumption levels. Overall, the European tea market is largely saturated. Per capita consumption has been declining for more than a decade, facing competition from other beverages, particularly bottled water.

Over the next decade, Western countries in general are expected to see lower consumption growth. In the UK, for instance, tea consumption is projected to decrease as black tea struggles to maintain consumers' interest amid increased competition from other beverages, including coffee.

The report argues that the decline in tea consumption in the traditional European markets could be stalled or even reversed by diversifying into other segments, such as organic and specialty teas, and by promoting their health and wellbeing benefits.

The strategy of promoting the health benefits of tea has also proved effective for other markets. For example, loose-leaf tea is seeing new growth in the United States, not least as a result of increased public health consciousness.

The analysis in the IGG document was based on data received from member countries, supplemented by data from FAOSTAT and the International Tea Committee (ITC) as well as other sources.