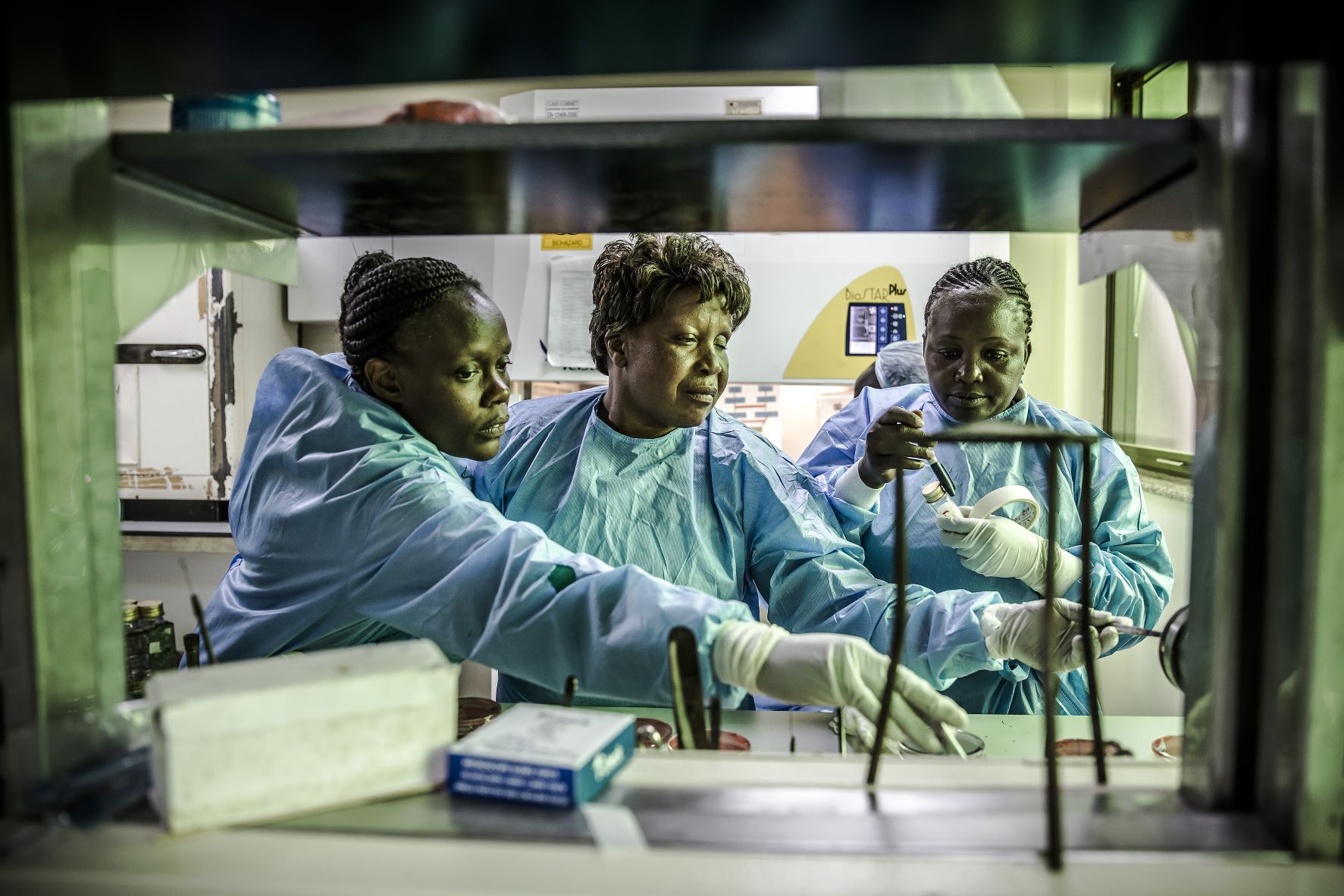 Members of the AMR Surveillance Pilot Study analyze poultry samples in a laboratory in Nairobi, Kenya.

AMR’s impacts can lead to “economic losses, decline in livestock production, poverty, hunger and malnutrition – particularly in low and middle-income countries,” Qu said in opening remarks at an Information Webinar on the topic hosted by FAO as part of World Antimicrobial Awareness Week.

Bacteria, fungi and other microbes can and do, when subject to repeated exposure to antibiotics and other antimicrobials, become resistant to treatments meant to kill or suppress them, rendering the drugs ineffective and raising the spectre of uncontrollable “superbugs”. Around 700 000 human deaths each year are related to AMR and the number may soar to 10 million by 2050 without action to mitigate the risks.

AMR is a particular risk for agriculture - the livestock sector is the primary user of antimicrobials – as misuse or overuse generates resistance that decimates animals and the livelihoods dependent on them. Antimicrobials are also used on crops – notably rice and tomatoes – and in aquaculture to prevent output losses.

“The availability of life saving, effective drugs is essential in animal and crop production,” the Director-General said. “Effective AMR control is the shared responsibility of producers, consumers, investors and policy makers across agri-food systems by good examples and best practices,” he added.

FAO is also working with its partners to establish – with the help of hundreds of inputs from around the world - an AMR Multi-Stakeholder Partnership Platform, to be operational in 2022 and assure that all aspects and all levels of the AMR threat spectrum are addressed.

A new FAO Action Plan on Antimicrobial Resistance 2021-2025 also published on Friday, will be a guide for FAO’s support to its Members. It notes that because resistant microbes cross borders, a global effort is the only way to assure everyone is protected. Among its key principles are the need for science-based evidence to identify and manage AMR risks before they become large-scale emergencies, the utility of surveillance and training around the world, the importance of incentivizing and empowering stakeholders to transform awareness of AMR risks into action.

The overriding goal of AMR actions now is not to eradicate the use of antimicrobials but to preserve their utility, especially as the amount of food produced for humans in the next 30 years will be the same as produced in the last 10 000 years combined. “We need to keep antimicrobials working for as long as possible to buy time for new drug discovery,” the plan states.

The Action Plan follows a One Health approach and points to various possible improvements in agriculture practices to better control AMR, from good nutrition for people and animals, vaccination, hygiene, sanitation and genetics, among other areas. Another key focus is in managing waste, as antimicrobials discharged from humans and animals as well as hospitals and abattoirs can enter the environment and speed up the emergence and spread of resistant strains and genes. The plan calls for more AMR-related research and surveillance in the crop, aquaculture and environment sectors.

FAO has already helped more than 40 low and middle-income countries develop and implement National Action Plans for AMR. It also facilitates access to resources and technical networks and has developed a set of tools to assist countries to broaden their action to more food and agriculture sectors.