New UN report: Hunger in Latin America and the Caribbean rose by 13.8 million people in just one year

A joint publication of FAO, IFAD, PAHO/WHO, WFP and UNICEF 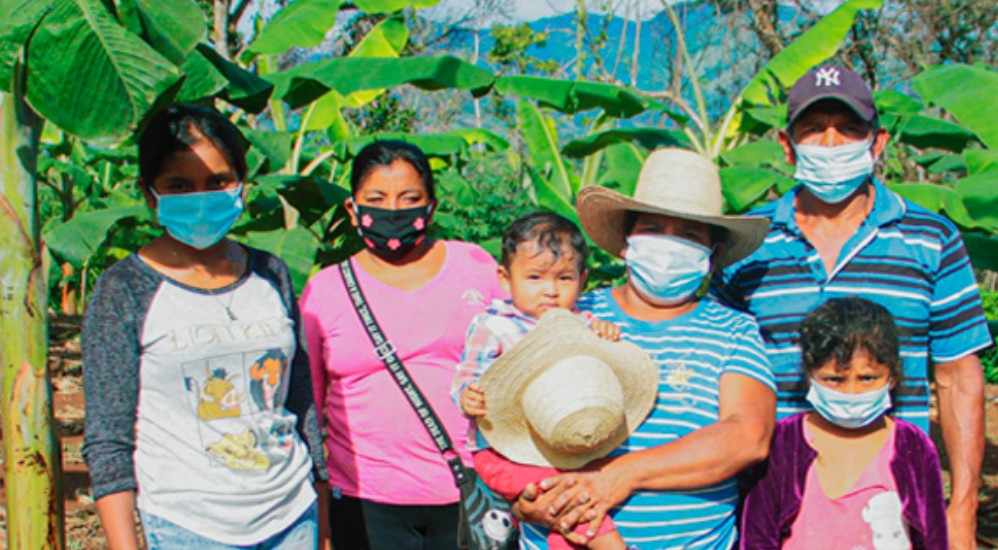 The Regional Overview of Food Security and Nutrition 2021

Santiago/Chile – Hunger in Latin America and the Caribbean is at its highest point since 2000, after a 30 percent increase in the number of people suffering hunger from 2019 to 2020, says a new UN report.

According to the Regional Overview of Food Security and Nutrition 2021, in just one year, and in the context of the COVID-19 pandemic, the number of people living with hunger increased by 13.8 million, reaching a total of 59.7 million people.

“We must say it loud and clear: Latin America and the Caribbean is facing a critical situation in terms of food security. There has been an almost 79 percent hike in the number of people living in hunger from 2014 to 2020”, said Julio Berdegué, FAO’s Regional Representative.

“Although the pandemic has exacerbated the situation, hunger has been on the rise since 2014. We must fix deep vulnerabilities in our food systems, make them more inclusive and sustainable and ensure they deliver wellbeing for the people that feed our societies,” said Rossana Polastri, IFAD’s Director for Latin America and the Caribbean.

Between 2019 and 2020, Mesoamerica experienced the largest increase––2.5 percentage points––reaching its highest value in the last 20 years: 10.6 percent, or 19 million people. The overall highest prevalence occurs in the Caribbean (16.1 percent, 7 million people) while in South America hunger affects 33,7 million people, or 7.8 percent of the population.

Four out of every ten people in the region––267 million–– experienced moderate or severe food insecurity in 2020, 60 million more than in 2019, an increase of 9 percentage points, the most pronounced rise in relation to other world regions.

Even worse, in the region the prevalence of severe food insecurity –that is people who had run out of food or had gone a day or more without eating– reached 14 percent in 2020, a total of 92.8 million people, up from 47.6 million people in 2014.

Food insecurity did not affect men and women equally: in 2020, 41.8 percent of women in the region experienced moderate or severe food security, compared with 32.2 percent of men. This disparity has been rising in the last 6 years and it increased sharply from 6.4 percent in 2019 to 9.6 percent in 2020.

"This report shows us the stark reality that we must face squarely to mitigate the situation for the most vulnerable population. By expanding national social protection systems, for example, governments can reach those most in need with assistance to help them get through these difficult times”, said Lola Castro, WFP Regional Director for Latin America and the Caribbean.

Overweight and obesity continue to rise

The Regional Overview of Food Security and Nutrition warns that the region is also losing the battle against other forms of malnutrition: 106 million people—one in every four adults—suffers from obesity in Latin America and the Caribbean.

“We continue losing the battle against all forms of malnutrition, and we are far from being able to guarantee healthy nutrition for the whole population. If we want to end hunger and provide wellbeing and healthy lives for people in the Americas, we have to transform our agricultural and food systems to provide healthy diets for everyone and to leave no one behind”, said Dr. Carissa F Etienne, Director of PAHO/WHO.

Overweight in children has also been on the rise for 20 years in the region, and in 2020, 3.9 million children—7.5 percent of those under five years of age— were overweight, almost 2 percentage points above the world average. South America shows the highest prevalence of overweight in children (8.2 percent), followed by the Caribbean with 6.6 percent, and Mesoamerica with 6.3 percent.

Although Latin America and the Caribbean has shown important progress in reducing stunting in children, having reduced its prevalence from 18 percent to 11.3 percent in 20 years, between 2012 and 2020, the rate of decrease slowed down. The regional prevalence of wasting in children stands at 1.3 percent, significantly lower than the world average of 6.7 percent.

“In Latin America and the Caribbean, COVID-19 has made a pre-existing malnutrition crisis worse. With services disrupted and livelihoods devastated, families are finding it harder to put healthy food on the table, leaving many children hungry and others overweight. For children to grow up healthy, we need to ensure all families access affordable, nutritious food”, said Jean Gough, UNICEF Regional Director for Latin America and the Caribbean.

The joint UN report calls for urgent actions to arrest the rise in hunger, food insecurity and malnutrition in all its forms, urging countries in the region to quickly take action to transform their agri-food systems and make them more efficient, resilient, inclusive and sustainable, to provide healthy diets for everyone.