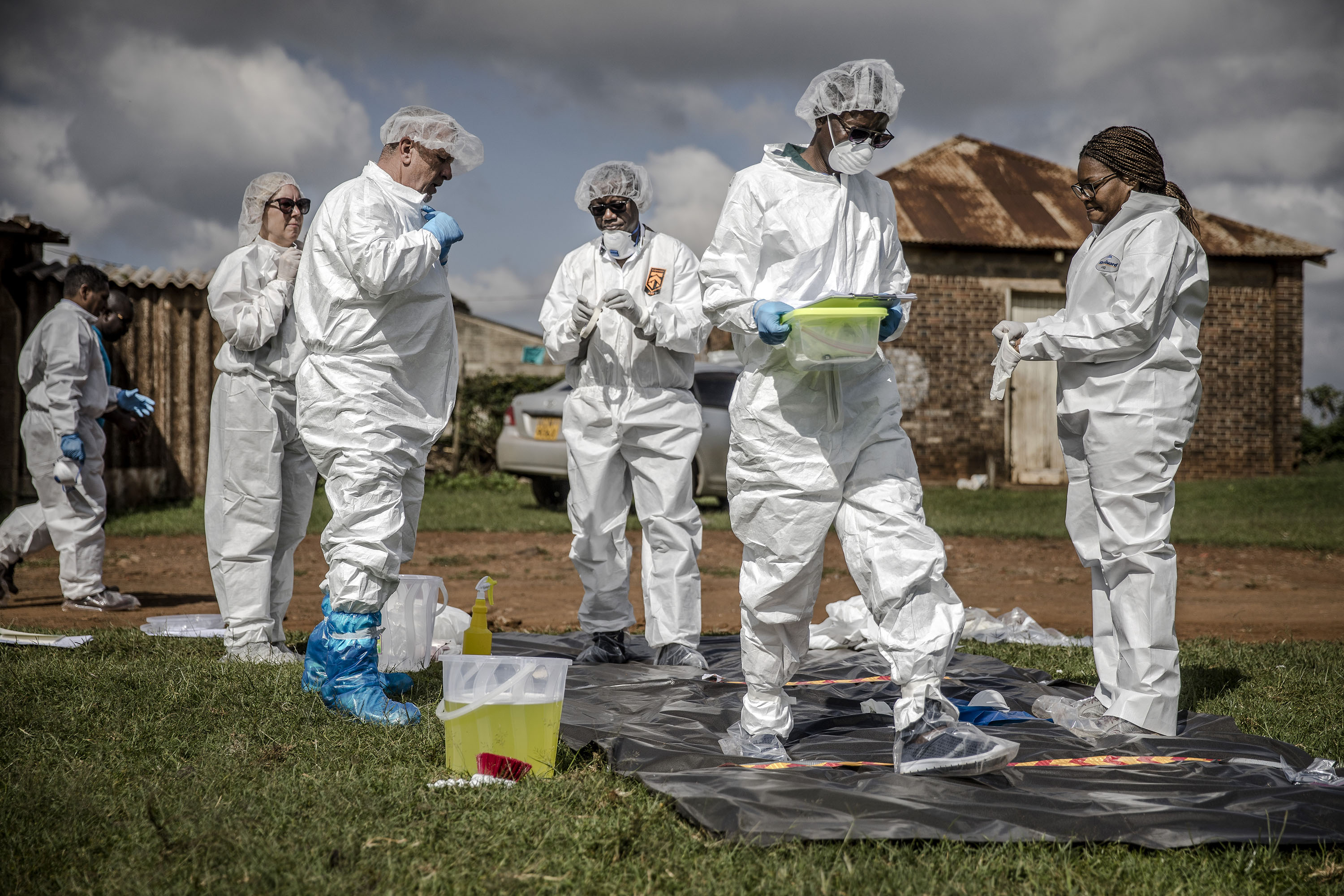 FAO and partners train veterinarians on animal handling and sampling collection by adhering to biosafety and biosecurity procedures.

Muscat – The Third Global High-Level Ministerial Conference on Antimicrobial Resistance, hosted in Muscat, Oman, concluded today, where targets to address the global antimicrobial resistance (AMR) challenge were discussed for the first time. The conference and its numerical targets for antimicrobial use in the human and animal sectors will pave the way for bold political commitments at the forthcoming UN General Assembly High-Level Meeting on AMR in 2024.

The conference agreed the Muscat Ministerial Manifesto, which sets out the three global targets:

Globally agreed targets will be key to protecting the efficacy of antimicrobials and curbing the development of AMR worldwide, as well as reducing environmental pollution, in turn lowering the spread of AMR.

The Food and Agriculture Organization of the United Nations (FAO), the UN Environment Programme (UNEP), the World Health Organization (WHO) and the World Organisation for Animal Health (WOAH, founded as OIE), known as the Quadripartite, welcome the outcomes of the Conference for accelerating action on AMR.

The COVID-19 pandemic may have constrained global efforts to address AMR, but it has also demonstrated the critical links between humans, animals and the environmental ecosystem. A range of stakeholders – including the health care, pharmaceutical, veterinary, food safety, agricultural, environmental sectors – have a shared responsibility to continue to collectively respond to AMR.

“FAO recognizes the importance of reducing the need for antimicrobials on farms and will soon launch a global 10-year initiative to provide comprehensive support to Members focusing on transforming agrifood systems to contribute to this reduction,” said FAO Director-General QU Dongyu.

“Self-reporting by countries indicates that a third of National Action Plans on AMR do not include the environment. This signals the critical importance of supporting countries to boost actions to prevent and reduce environmental pollution. The burden of AMR can be reduced if we focus on all its dimensions and work together. UNEP is committed to working with Member States and key partners, including the Quadripartite organizations, to address AMR,” said Under-Secretary-General of the United Nations and Executive Director for UNEP Inger Andersen.

"Antimicrobial resistance is one of the most urgent and complex challenges of our time, and yet perhaps because it is not as dramatic as a pandemic, a war or a humanitarian emergency, it doesn’t attract the same attention," said WHO Director-General, Dr Tedros Adhanom Ghebreyesus. "It is my firm hope that this meeting will pave the way towards bold - and concrete - political commitments at the 2024 UN General Assembly High Level Meeting on AMR."

“The use of antimicrobials in animals has shown an overall decrease over the last years. By strengthening biosecurity and husbandry practices, such as animal vaccination, we can further build on this great achievement and sustainably reach the agreed goals,” said WOAH Director General Dr Monique Eloit. “Reducing the need for antimicrobials is the best way to prevent antimicrobial resistance.”

The conference marks the conclusion of World Antimicrobial Awareness Week, an annual week-long global campaign that brings together leaders across sectors to highlight the actions needed to preserve and protect antimicrobials.

As highlighted by the Manifesto, the Quadripartite will continue to scale up support through a One Health approach, which balances and optimizes the health of people, animals, plants and ecosystems. The partnership will also continue to coordinate a global, multisectoral AMR response, promote strong governance and leadership, and support countries in developing and implementing National Action Plans on AMR.

Antimicrobials are agents used to prevent, control and treat infectious diseases in humans, animals and plants. They include antibiotics, fungicides, antiviral agents and parasiticides.

Antimicrobial Resistance (AMR) occurs when bacteria, viruses, fungi and parasites no longer respond to antimicrobial agents. As a result of drug resistance, antibiotics and other antimicrobial agents become ineffective and infections become difficult or impossible to treat, increasing the risk of disease spread, severe illness and death.