Somalia: New data show how drought in the Horn of Africa is driving up acute hunger

Aid to keep rural, agriculture-dependent families on their feet is needed at massive scale to stave off catastrophe 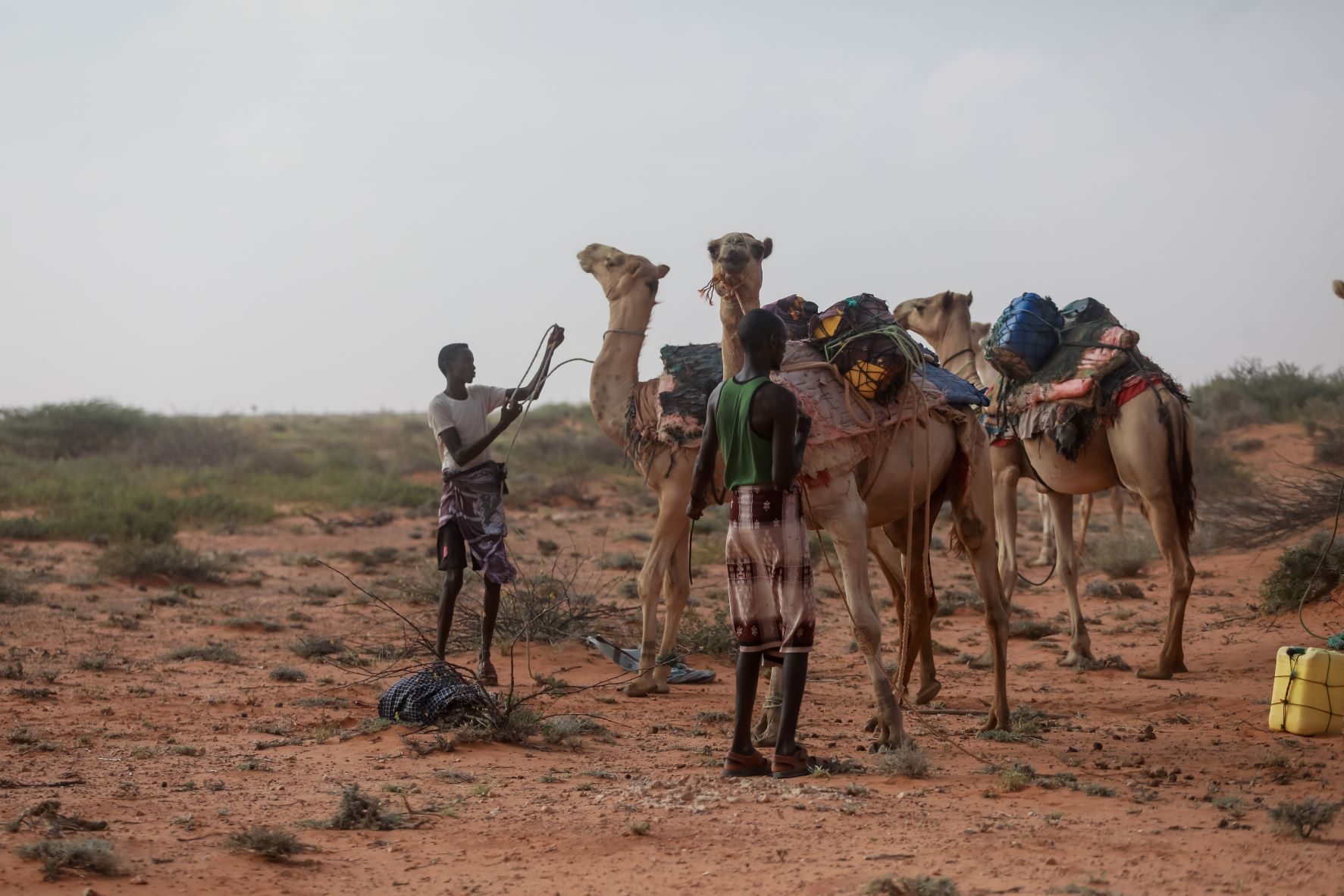 Men take care of their camels in Somalia.

Rome – The Food and Agriculture Organization of the United Nations (FAO) today warned that dire new hunger data out of Somalia sheds additional light on extended drought’s crippling impacts on the Horn of Africa region and underscores the criticality of large-scale agricultural aid to keep rural families self-reliant, fed, and in their home areas.

The latest Integrated Food Security Phase Classification (IPC) assessment in Somalia now indicates that the number of people experiencing crisis, emergency, or catastrophe levels of hunger is poised to surpass 6 million people between now and June – representing a staggering 38 percent of the country’s population. Additionally, the analysis suggests that as many as 81 000 people in specific hunger hot spots are likely to experience death and starvation.

“These highly alarming figures are the strongest indicator to date of a worsening situation. Across the Horn, millions of people are at risk of falling into ever-more severe levels  of hunger due to the cascading effects that drought is having on people’s livelihoods, household productive assets, and local food production,” said Rein Paulsen, FAO Director of Emergencies.

This is an unprecedented fourth season of drought to hit these communities, alongside other impacts like conflict, COVID-19, macroeconomic challenges, and a recent desert locust upsurge, Paulsen noted. As a result, people’s means to produce food and earn income are stretched to the breaking point.

Given a poor start of the rains and bleak forecasts for the remainder of the rainy season, it is not looking likely that the ongoing spring rains will provide much relief.

“The only way to prevent a catastrophic food crisis from breaking and driving rural displacement is to act now at scale to enable farmers and pastoralists to feed their families, keep life-sustaining animals watered, healthy and productive, and avoid selling-off other key productive assets to pay for their next meal,” said Paulsen.

On 17 January 2022, FAO launched an urgent appeal for $138 million in humanitarian funding aimed at providing a range of relief to pastoralist and farming families whose livelihoods are being shredded by drought.

Key element of FAO’s response plan includes a range of support measures. Activities including keeping pastoralists’ animals alive and productive by providing feed, water, and veterinary care; distributing drought-tolerant early-maturing varieties of sorghum, maize, cowpea and other beans and vegetables to families that practice cropping, and implementing cash transfers and cash-for-work programmes to ensure the most vulnerable can access food (learn more).

To date, however, the Organization has only secured $50 million in contributions.

FAO’s experience in the region during the response to the Desert Locust upsurge that broke out in 2020 showed that by acting at scale to reinforce rural communities, who bear the full brunt when major shocks hit, it is possible to avert food crises, according to Paulsen.

“Unlike then, when eye-popping hordes of locusts descended overnight on pastures and fields, today we are witnessing a slow-onset disaster that regrettably does not seem to command the same attention,” he said.

“But make no mistake: the scale of the devastation in terms of hunger and lost livelihoods, if more is not done to support rural communities now, will be appalling,” Paulsen added.