The Mediterranean Diet: a crucial tool for a more nutritious and sustainable future 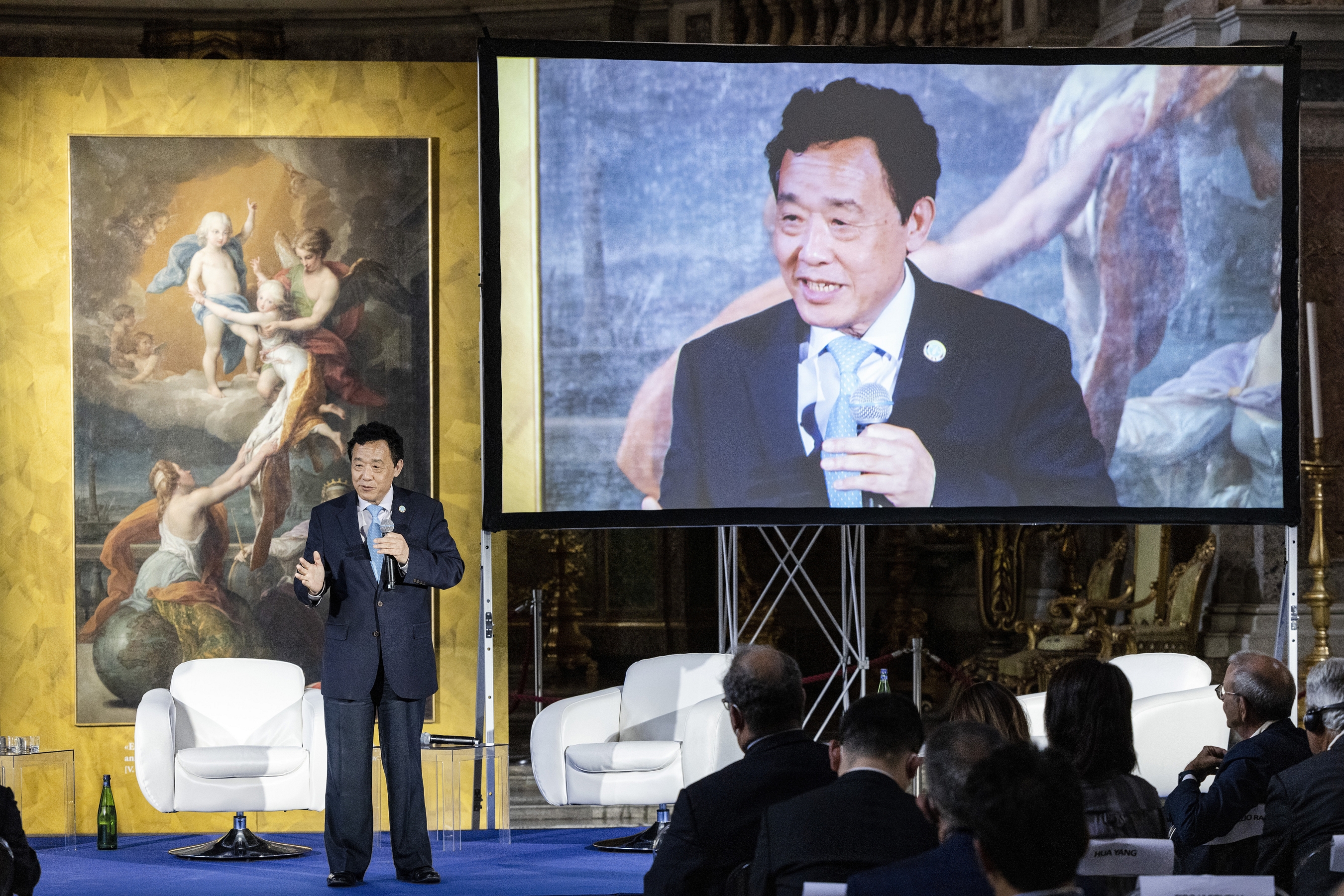 15/07/2022
Caserta (Italy) -  Healthy and sustainable diets like the Mediterranean Diet are crucial to promoting nutrition for all, protecting the environment and combating food waste.

This was the main message at an event today organized by the Government of Italy, supported by FAO, to raise awareness on the benefits of the Mediterranean Diet and how it is an important and concrete tool for the implementation of the UN Sustainable Development Goals (SDGs).

The event underscored not just the health and nutrition benefits of the Mediterranean Diet, which are widely recognized, but also highlighted how it incorporates products that put less pressure on soil and water resources, have lower greenhouse gas emissions, and that stem the erosion of biodiversity and improve the living conditions of rural populations.

Speaking at the event, the FAO Director-General QU Dongyu stressed on the importance of healthy diets and access to nutritious food for combating malnutrition, disease and death.

He said there are many important lessons to learn from the Mediterranean Diet, and from Italy. He cited the important ways in which Italians recycle leftover food to reduce food waste, such as by making soups.

Food waste is one of the biggest challenges globally, and reducing it is a high priority in the Mediterranean, a region with limited resources. This is reflected in the local diet.

“You have had the culture to survive – you have been a proud civilization for thousands of years,” the Director-General said.

He spoke of the important contributions to agriculture that this region had made, and how many of the region’s local vegetables have become popular in far-flung countries. He also highlighted the popularity of Italian cuisine across the world.

“I hope we understand real diplomacy from Italian food,” he told the audience.

He concluded his remarks by urging people not to lose hope even though the world is confronting complex challenges like increasing food insecurity, and the impacts of the climate crisis.

“We are facing challenges and risks, but let’s remain hopeful,” he said.

The Minister for Foreign Affairs and International Cooperation of Italy, Luigi Di Maio, also attended the event, which took place at the Palatine Chapel of the Royal Palace of Caserta. Pina Picierno, the Vice-President of the European Parliament, was also in attendance along with experts on diet and nutrition.

Minister Di Maio said that due to the impacts of the war in Ukraine, the international community should work even harder to make agrifood systems resilient and sustainable, noting that the Mediterranean diet through its inclusive approach to the management of the territory and its resources, as well as its food production and consumption pattern, is an important reference model for the world.

Today’s event focused on the challenges to food security, as well as on the priorities of Italian food diplomacy, and on how to promote tourism, cultural exchange and stimulate the economy. It brought together representatives from the food industry, mayors from cities across Italy, and experts who discussed how to reduce food waste, the benefits of eating locally, and ways to improve farming practices.

The event is part of a longstanding and ongoing collaboration between Italy and FAO to showcase the evidence on health and other dimensions of sustainability of the dietary patterns of the Mediterranean and other healthy diets, and comes ahead of the Third World Conference to be hosted in Bari from 28 to 30 September by the agronomic institute CIHEAM on the revitalization of the Mediterranean Diet

The Conference aims to launch more concrete actions in line with the G20 Matera Declaration  to showcase how the Mediterranean Diet promotes healthy and sustainable food consumption and production, along with its strategic and diplomatic role, to promote the underlying principles of this food model globally.