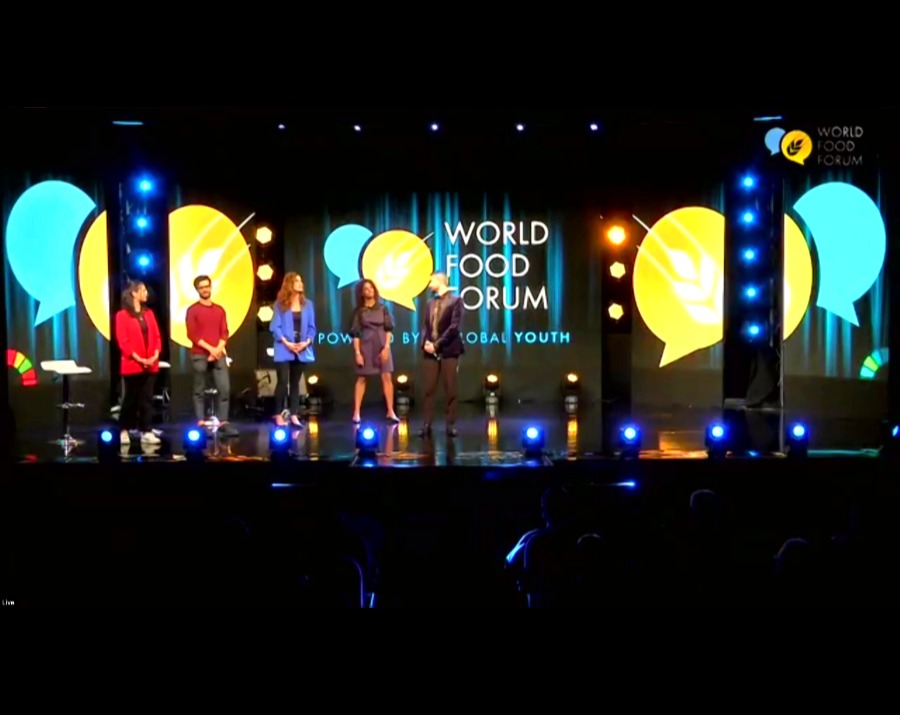 Rome: -The Food and Agriculture Organization of the United Nations (FAO) has mapped out a series of follow-up actions after last month’s groundbreaking World Food Forum, to tap the innovative potential of youth in transforming agri-food systems, Director-General QU Dongyu said today.

“FAO is committed to listening to you and investing to enable your participation across the Organization’s work, leveraging your passion and creativity to identify and implement new solutions, based on the latest evidence and the best available science,” Qu said in remarks to the Youth Ag Summit 2021 of emerging agricultural leaders.

Speaking in a session entitled Believing in You, he pledged the organization to meaningful engagement with young people in the policy decision-making processes, and empowering them to take a leading role in transforming how our food is produced, distributed and consumed.

Building on the success of the October youth-led World Food Forum, Qu set out a series of measures to be taken from next year, underlining the role of young people in driving change.

More than 75 youth partners from across the UN system, as well as public and private institutions, have joined the Forum, which now functions as a truly youth-led and global network working for the transformation of agri-food systems.

Qu said the World Food Forum offers a global platform to engage and harness the passion of youth by: raising awareness; fostering engagement; and driving transformation. It can also facilitate global dialogue on key themes such policy, innovation, education; and culture.

The forum came into being as part of a process initiated after Qu took up office in 2019, launching the FAO Youth Committee ”to increase youth engagement and spark their innovative fire,” he recalled. Since then, the committee has been actively networking among young and “young-at-heart” FAO employees, and reaching out to major youth groups from around the world.

The FAO Director-General outlined the challenges the planet faces in nutrition and food security: First: the world produces enough food to feed every man, woman and child, yet 811 million people still go hungry. Second: two billion people lack the micronutrients they need for healthy lives, yet more than 650 million people are obese. Third: we are highly inefficient in handling the food we produce with nearly a third of it going lost or wasted, he said.

Unsustainable practices, pollution, destruction of our natural resources, the climate crisis, conflicts and other humanitarian emergencies, and COVID-19, threaten our planet, Qu warned.

What’s needed, he said is a profound and systemic transformation of agri-food systems that will allow us to feed in a sustainable manner the 7.8 billion people on earth today – and the additional 2 billion people the world will have by 2050.

But he expresssed confidence in young people’s capacity to find innovative solutions. “It is clear to me that the future  is in great hands, with youth taking charge,” Qu said.

Since 2013 the Youth Ag Summit has taken place every two years, bringing together global young leaders for networking, debates, skills training, and development. The goal is to equip them to take concrete action on one of humanity’s most pressing problems: how to feed a hungry planet while using fewer natural resources. The first Youth Ag Summit took place in Calgary, Canada, in 2013, followed by Canberra, Australia, in 2015, Brussels, Belgium, in 2017, in Brasilia, Brazil, in 2019. While the 2021 edition was held virtually.