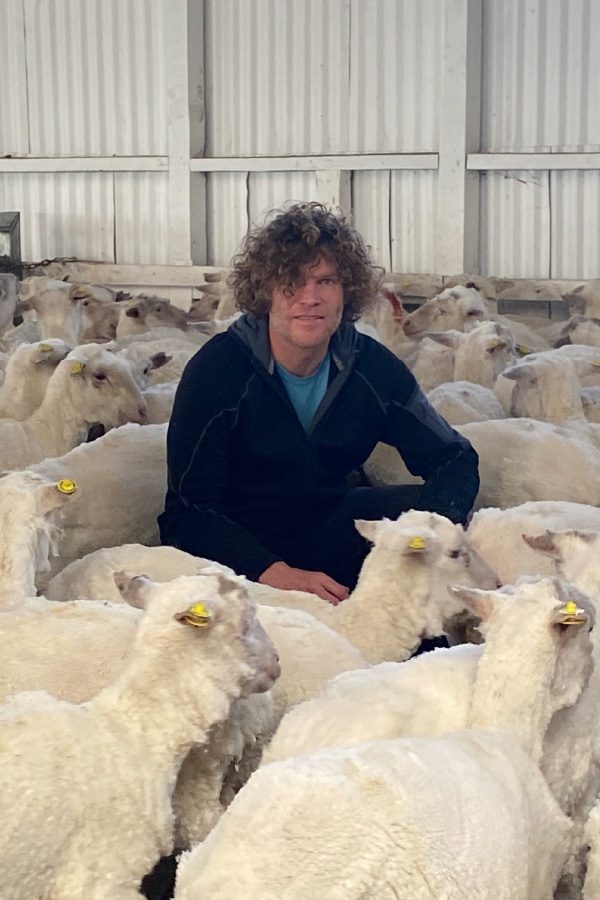 “I would love to make an income from providing ecosystem services and quality wool.”

The story of Esteban Gallie begins with his great-grandfather, who at the end of the 19th century owned his own farm called Morro Chico in the province of Santa Cruz, Argentina. In 2000, Esteban took over that same 27 000-hectare farm in deep Patagonia, two hundred kilometres from the city of Río Gallegos, on the border with Chile. He had a very special mission: to raise sheep and cattle, while also taking care of the pastures, water and biodiversity. This form of production, which involves associating animals with the native bush, is technically known as Forest Management with Integrated Livestock or “manejo de bosques con ganadería integrada” (MBGI) in Spanish.

"I wanted to transform the place and make it the best version of itself," Esteban recalls. A few years ago, his father lent a helping hand and taught him to detect overgrazing, when the animals ate too much, and the soil suffered. With that concept, Esteban set out to achieve holistic and regenerative livestock farming, combined with environmental care.

When he arrived at the farm, there were 12 000 sheep and 700 cows. Today he has 8 500 sheep for shearing and 600 cows for breeding and rearing. Although he has fewer animals, his field, pastures and animals are in good health.

"I would love to make an income from providing ecosystem services and quality wool, promoting animal welfare, social responsibility and care for the environment," he says enthusiastically. Animal welfare, healthy pastures and forests, and living in harmony with the native fauna are the objectives Esteban has set himself with the ultimate aim of combining production with biodiversity conservation. Today, in Morro Chico, Esteban has recovered the natural wealth of the area, and his farm has become a pilot site for Forest Management with Integrated Livestock as well as a training centre for anyone interested in the subject.

This story was originally published in La Nación.