From Kandahar to Kabul and back 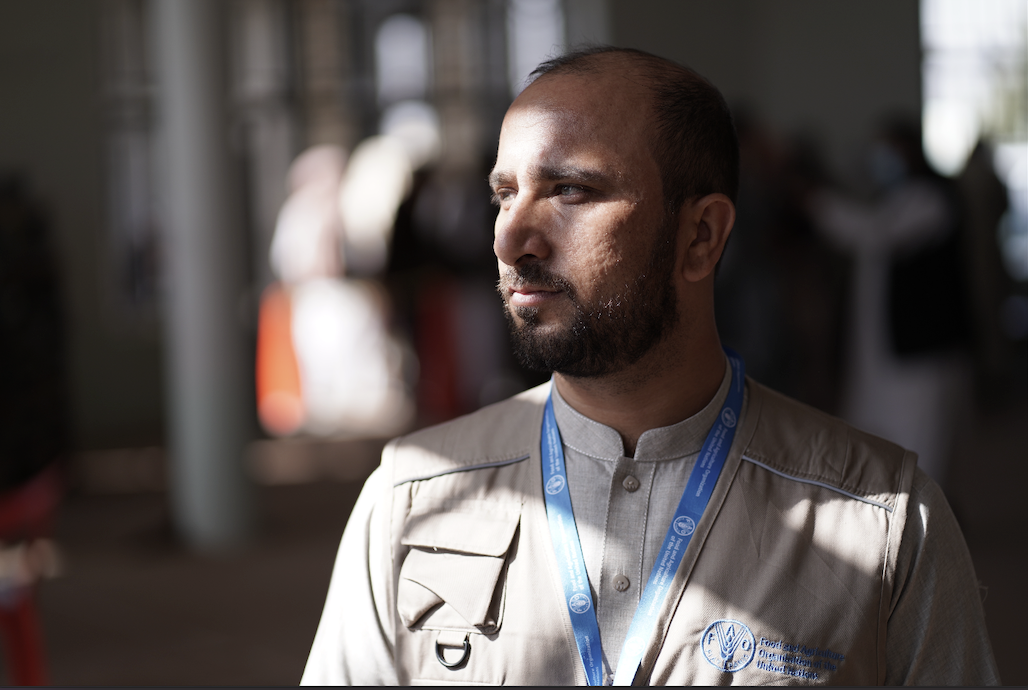 Humanitarian professionals in Afghanistan have been through a whirlwind of change in recent months. Their commitment to staying and delivering for the Afghan people needed to be balanced against the need to safeguard their safety. In this dispatch from the field, Ahmad Feroz Aryan, FAO’s Regional Coordinator for the Southern Region in Afghanistan, tells his story of being relocated to Kabul and then going back home to resume his work in a changed Afghanistan.

Together with my wife and children, we had been relocated to Kabul in mid-July due to the escalating violence in Kandahar. When we left Kandahar, I was not expecting to come back any time soon. The combat out there was fierce, and I thought that it would last for a long time.

Once in Kabul, we lived at my brother’s place. Prior to the collapse of the government, I worked from the FAO Representation office. It was not easy to follow the projects in the south from afar. I tried to be as reachable as possible for our implementing partners in the southern provinces, but their limited internet connectivity made it hard. Well, not as hard as when the ‘white city’ was declared, and we had to work from home in Kabul. My internet connection was terrible. To make sure that I would be available, I had to get out every day to the peak of a hill. It was a bit surreal.

We got back to Kandahar [the second largest city in Afghanistan] at dawn on a Friday. We had travelled overnight from Kabul by road. Two months and 11 hours later, we were back home.

My first thought when we caught a glimpse of the city was ‘how would the office be?’ – even though some colleagues from PAIL [the provincial office of the Ministry of Agriculture, Irrigation and Livestock] had already sent me some photos over WhatsApp to reassure me that the office had remained intact.

When I saw Kandahar, I also remembered what a strange feeling I had when the plane took off to Kabul. I came with nothing to Kandahar six years ago and this land gave me everything: my married life, my children, my joyful job, many friends, and the many people that I cordially love and work for. Paradoxically, we were forced to leave all the people we serve behind for us to be able to continue serving them in the future. I can say that this was definitely not a great feeling, but we needed to be safe in the first place.

Fortunately, I was back in Kandahar earlier than I would have anticipated, I was very worried about this winter wheat season and wanted to ensure that this campaign could be as successful as possible. Seeds needed to be in the ground before the end of December in the southern region.

Many farmers can’t afford quality certified seeds, or seeds at all. Seeds availability in local markets is limited and the government programme has failed to deliver as planned, for obvious reasons. The wheat season is vital for the whole country but especially for the southern region. I do believe our support package, also featuring fertilizers and urea, as well as specific agronomic training, makes a big difference for poor vulnerable farming families. Even more so under the current circumstances and coming out of a mediocre summer harvest. For less than USD 150, a family can meet their cereal needs for a year.

For this winter wheat season, we are supporting 10 900 families out of the 183 512 that FAO is supporting across Afghanistan. The Bureau of Humanitarian Assistance of USAID, Japan and  EU humanitarian aid are funding these projects in the south.

As vital as this support has been, it will not,  by any means, be sufficient. FAO is working hard, but the needs are vast. I would say that every need in rural areas has been doubled during the current crisis in Afghanistan. Besides, we need to remember that drought is a slow onset phenomenon. Effects hit in cascade and tipping points trigger massive impacts in rural communities. Farmers and herders affected by drought take literally years to recover from this shock.

Some might never recover from drought; they might be forced to leave their rural livelihoods and move to urban or peri urban areas to join other displaced people. Therefore, we have no time to waste in order to help them build resilience to withstand drought, as well as to anticipate as much as possible its potentially disastrous consequences.

While I was in Kabul, FAO welcomed us with financial, psychological, and every other possible support in Kabul, but my place is out here in the field.