An assessment of the humanitarian situation on the ground in Baghlan 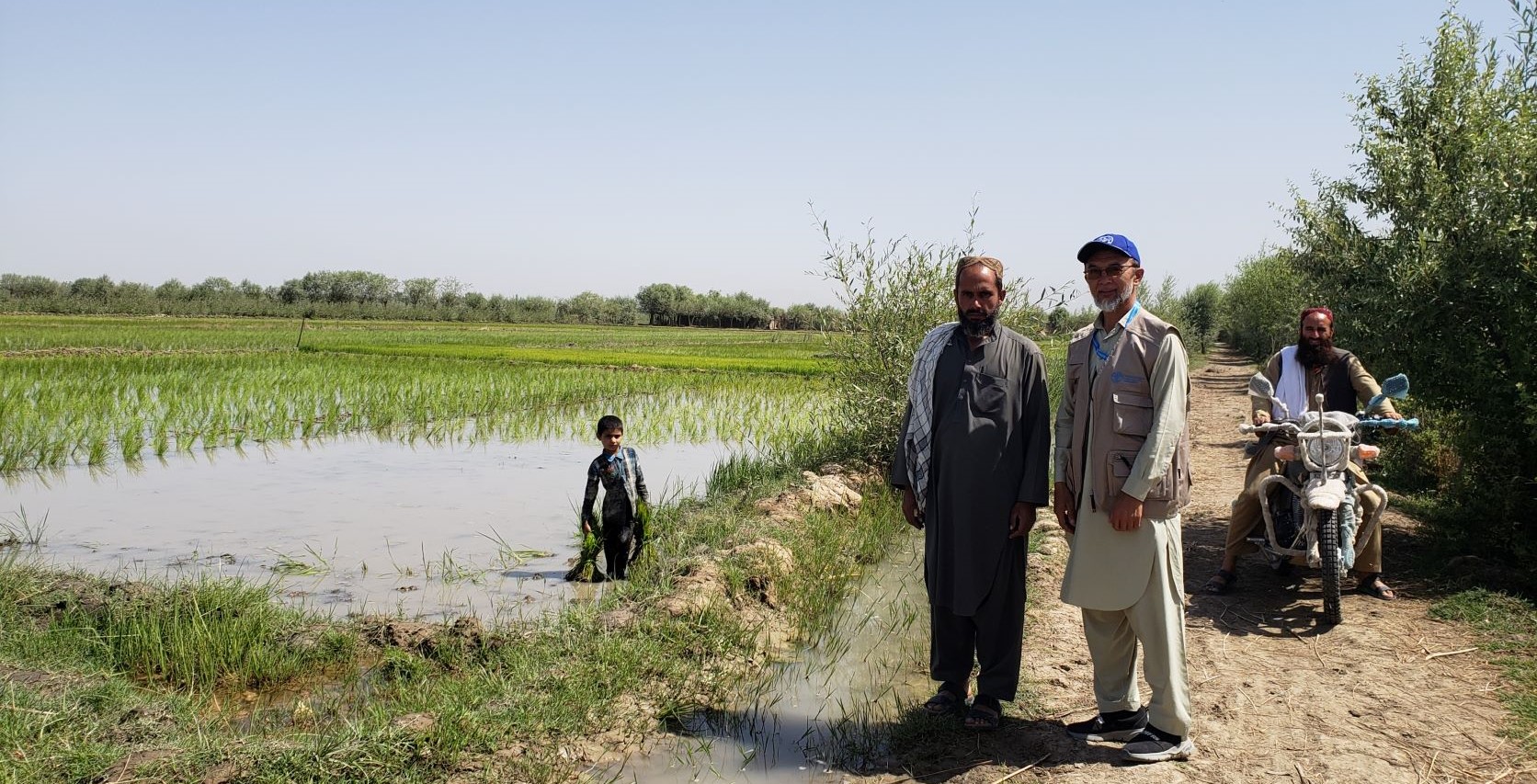 Nessar Ahmad Khuram, FAO National Safeguards Officer, shares his experiences from a field mission to Baghlan and Kunduz provinces, where he spoke to farmers and rural residents who have been severely affected by flash flooding events.

In the first week of June, I went on an official mission along with other colleagues from FAO Water Resources Institute (WRI) team to Baghlan and Kunduz provinces in the northeast of Afghanistan. The aim of the mission was to assess the humanitarian situation on the ground and identify possible areas of intervention to improve local irrigation systems.

Most of the villages that I visited in this mission experienced flash floods, shortage of water, water logging and/or soil salinity, damaging agricultural land and causing major loss of crops and animal herds for the vulnerable farmers and herders already facing a worsening humanitarian emergency.

Through cash for work assistance, FAO boosts short-term income of the rural communities and improves local infrastructure, enhancing irrigation availability and protecting river-facing sides of villages that are prone to floods.

Flash floods, water logging and water scarcity, in some seasons, have affected many people in different villages of Dahana-e-Ghori district in Baghlan province, destroying up to 90 percent of agricultural land in some places. The flash flooding events have destroyed fields, houses and roads, as well as filled water canals with sediments, preventing water from reaching some villages.

Most people in Dahan-e-Ghori district are dependent on agriculture for their livelihood and losing agriculture means losing everything for the farmers. Therefore, the impacts of natural hazards are significant on people's lives. This year, residents of the district told us, close to 200 people lost their crops in just one village due to flash floods.

With other employment and economic opportunities becoming rare because of the political transformation that took place in August last year and the COVID-19 pandemic, people in Dahana-e-Ghori are facing major difficulties in feeding their families. Due to the lack of proper irrigation systems and infrastructure, agricultural lands were damaged and crops lost.

Meanwhile, residents of Buzuqom village in Kunduz province are facing severe shortage of water even though the village is located close to Kunduz River. An entire eight kilometre-long water canal is dry and filled with sand and disposals because there is no river intake to divert water into the canal.

The Buzuqom irrigation scheme covers an agricultural area of more than 400 ha owned by 740 farmers. Some of the farmers in this village told us that, in the absence of an intake, they will have to dig a solar water well or continue to survive on smaller crops.

FAO will continue to provide support for establishing local irrigation systems by considering the urgent needs of the rural communities. Our assessment in different provinces will serve as a basis for the implementation of such projects.

Realizing the challenges and difficulties of the vulnerable farmers and herders, I am convinced that this is a priority area to avert the increasingly worsening humanitarian crisis. All UN (United Nations) agencies should make irrigation a part of their programming.