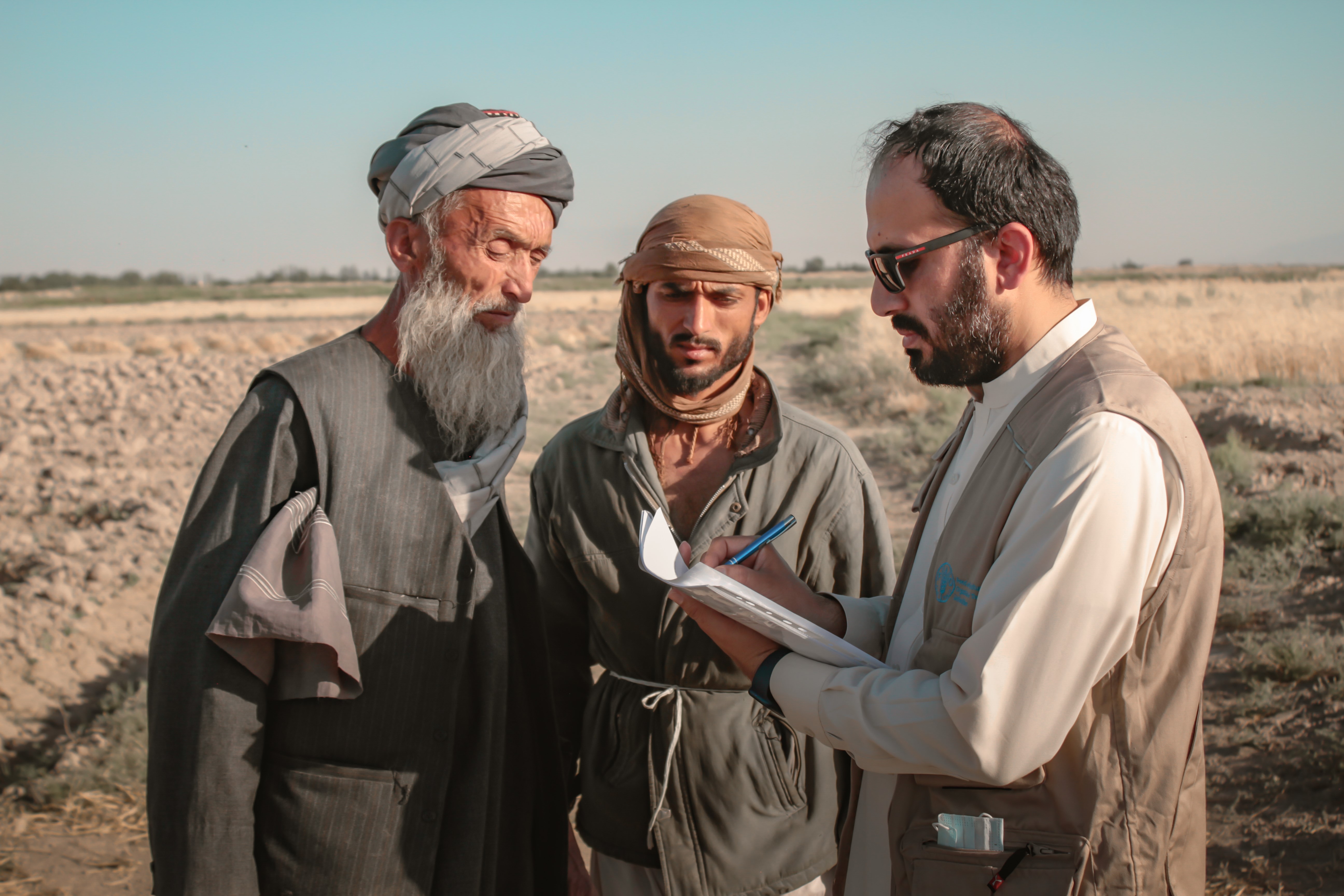 Modaser Islami, FAO National Communications Officer, has recently been on a humanitarian mission to the northern Balkh province of Afghanistan to talk to local people about the situation and FAO’s response to the humanitarian crisis. He describes his bittersweet experiences in this blog post.

I went on a field mission to Balkh district in north of Afghanistan in June this year to talk to farmers who had received emergency assistance from FAO. The district in the northern Balkh province, approximately 25 km away from the city of Mazar-e-Sharif, has witnessed continuous conflicts in the last two decades, depriving the area of key development projects.

A year ago, it was almost impossible to travel to most of the villages in Balkh district without major security risks. Although access to remote areas outside the big cities has improved significantly since then, people in rural areas are facing increased challenges caused by climate change compounded by the lack of economic prospects. While people across the country are enduring a severe, ongoing humanitarian crisis, the unprecedented drought continues to push many of Balkh district's residents into acute food insecurity.

My optimism about the possibility of visiting previously inaccessible areas of the country was accompanied by concern and despair about the emerging trends of poverty, malnutrition and a growing sense of helplessness. Decades of conflict have made it difficult for many ordinary Afghans and humanitarian workers to visit most of Afghanistan's rural areas. This has changed for the better.

We drove for two hours on a muddy road to Barmazid village. It normally takes about 40 minutes to travel the same distance on an asphalt road. On the way, we passed through many villages where we saw dilapidated houses, skinny barefoot children and underweight livestock. In Barmazid, where we met Mohammad Osman, a 69-year-old farmer, who has been supported by FAO, outstanding debts are not uncommon among the villagers. Some families have been forced to sell their livestock to repay the debt.

Describing the situation in the area, a villager from Barmazid shared that many children suffer from malnutrition because their families cannot produce enough food due to the drought. “We cannot eat chicken in months,” the villager said. Another person from the same village said that his wife has been seriously sick for the last few years, and due to the devastating economic conditions, he cannot take her to Kabul to seek proper medical attention.

“I borrowed money to buy fertilizer during the previous planting season, but due to reduced harvest, I could not repay the entire amount. I can't ask for more debt now,” said one villager.

Farmers like Osman wouldn’t have been able to cultivate their land if it wasn’t for FAO’s assistance. So far in 2022, FAO has already supported 11 200 people in Balkh province with wheat cultivation assistance. Each farmer received 50 kg of certified wheat seed, 50 kg of fertilizer and specific training on wheat cultivation.

Thanks to the high-quality, locally-adapted, drought-resistant certified wheat seed provided by FAO, the harvest from Osman’s land has increased substantially. He collected 1 400 kg of wheat harvest from his 0.4 ha (2 jeribs) of land.

The increase in harvest due to certified wheat seed was witnessed across different regions of Afghanistan. The certified seed generated three times higher yield compared to local seed. Farmers supported by FAO have produced enough wheat to feed their families for at least one year and save some seed for the next planting season.

Although many vulnerable farmers found hope in the FAO assistance, the situation on the ground remains dire. Nearly 20 million people, almost half of Afghanistan's population, are facing extreme hunger. The ongoing drought and the deep economic crisis mean that unprecedented hunger will continue to threaten the lives and livelihoods of millions of Afghans across the country.

As a humanitarian and communications professional, it is my job to ensure that the pleas of the most vulnerable are reflected and that their voices are heard. As much as I am disappointed by the worsening conditions of my people, I feel an additional responsibility to work towards this goal and provide as much support as possible. I am not alone in this. All my colleagues are committed to achieving this milestone and helping to avert the already devastating crisis.