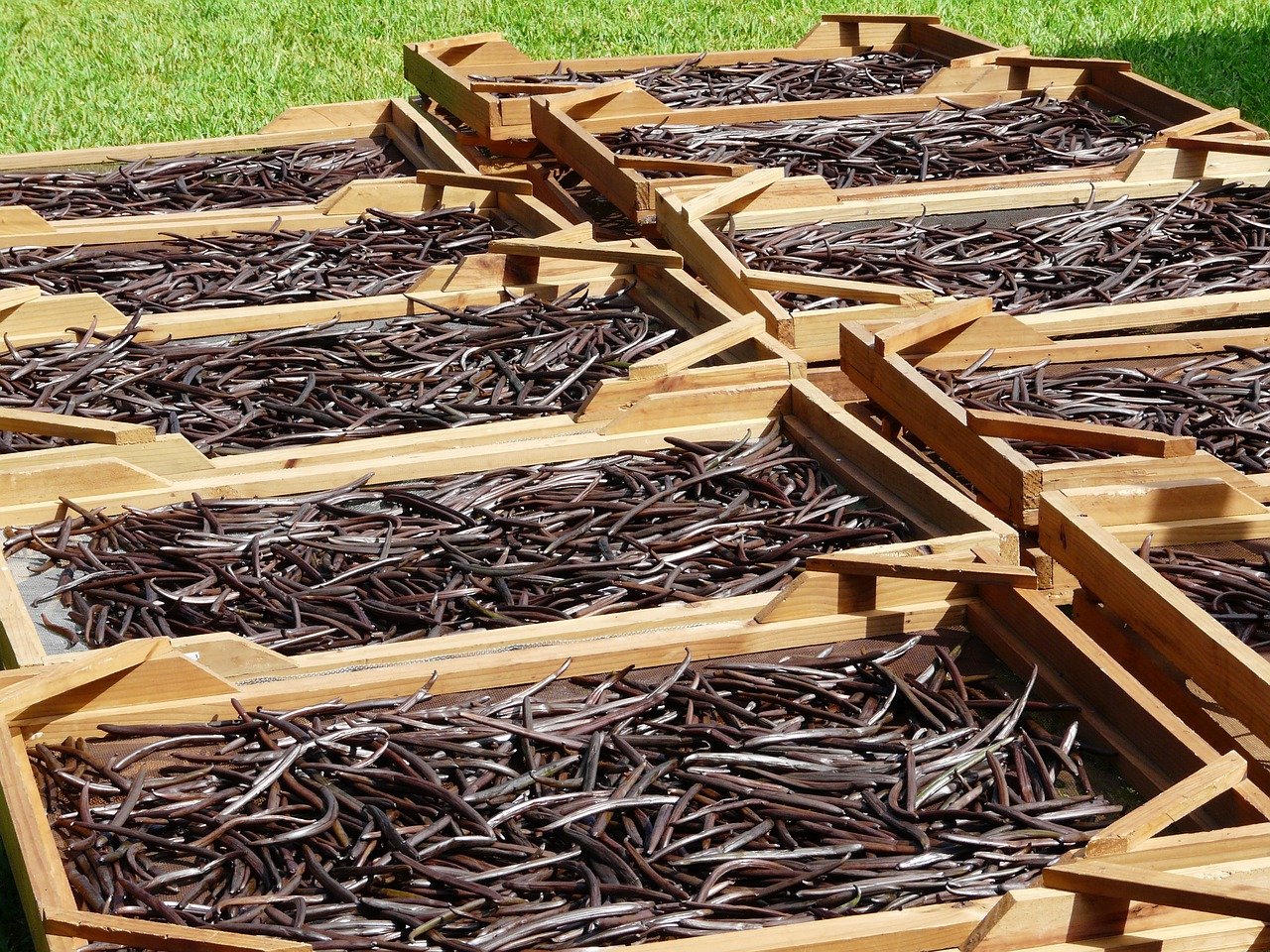 Characteristics and comparative advantages:
Papua New Guinea produces 10 percent of the global vanilla supply, with 17,000 small holder involved in production.  Almost 80 percent of the PNG vanilla production is centred in only two provinces (East and West Sepik). PNG can surpass Madagascar to become the top world producer of vanilla if production is increased by expansion into new production areas, where cocoa and coconut is dominant.  Equally improving and sustaining the quality aspects of vanilla production, processing and storage by supporting local vanilla farming households to building resilient livelihood are seemingly important.

Two species of vanilla are grown in PNG – Vanilla planifolia (Bourbon type) and Vanilla tahitensis or Tahitian vanilla. Vanilla planifolia is mostly grown in Madagascar but the latter species is more widely suited to PNG conditions with 80% of vanilla planting is Tahitensis and buyers encourage its production. Buyers are aware of PNG Tahitensis and qualities, highlighting its “greater potential as the flavour and fragrance profile is completely unique to this origin”.

Vanilla has been one of the most popular flavours in various applications. The market’s growth is driven by its diversified applications in end-user industries, ranging from food and beverage to cosmetics. It is extensively used as a flavouring agent in the food and beverage sector, which is the major application dictating the market growth. The ice-cream and chocolate industries cover a large portion of the market.

A changing food environment with consumers increased preference for natural products, makes organic vanilla production the centre of demand.  Some of the major market players, namely Nestle and other major food producers, have opted to use natural colours and flavourings in their products. This is projected to drive the demand for vanilla, globally. The local demand for vanilla still occupies a small portion of the total volume that is produced per year, sustaining a smaller base food industry with competition from synthetic vanillin as ingredients for confectionary, cosmetic and flavouring for various beverage and food items.  Domestic food industry currently sourced vanilla from local farmers and processed into vanilla powders and are using it as flavour for ice cream and beverages.  The comparative advantage will be to sustain uniform quality of vanilla beans from local farmers by centralising a curing plant through lead farmers approach or increased capacity of small holder farmers to produce quality vanilla bean through appropriate production, processing and storage technologies. An added advantage will be to develop vanilla standards and policies to regulate the industry market.

Challenges:
There is no vanilla policy, compounded with lack of standard guidelines to monitor the quality of vanilla.   The institutional capacity to coordinate, implement and regulate vanilla value chain activities lays with the Spice Industry Board which is challenged with capacity issues at national and subnational level. The national or provincial governments had virtually no involvement in the development of the vanilla industry. Government-run agricultural extension services essentially no longer exist in PNG. In some cases, commodity institutions (coffee, cocoa and oil palm) run their own extension services. In the case of vanilla, its extraordinarily rapid growth outstripped any supporting institutional development.

A key concern of the government and licenced exporters is the amount of vanilla traded across the land border with Indonesia and the effect of a ready market for poor quality produce. With the lack of strict regulation and better market opportunities, 50 to 80 to 95% of the Vanilla are informally trade in Indonesian border causing export tax revenue loss to the country. There is concern that the existence of this market encourages farmers not to observe the improved crop management, pollination, proper harvesting and curing process that is required to produce high quality A grade gourmet beans for which PNG exporters want to build the country’s brand and reputation. 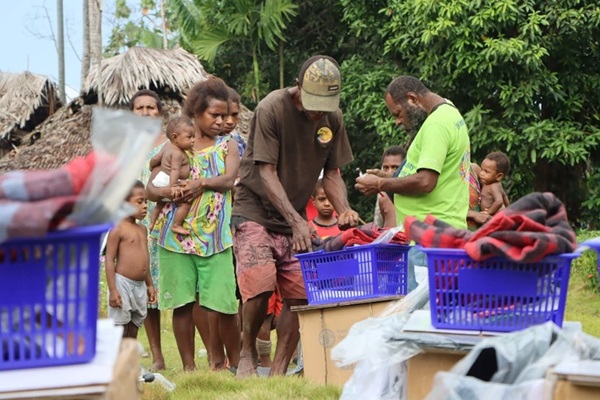 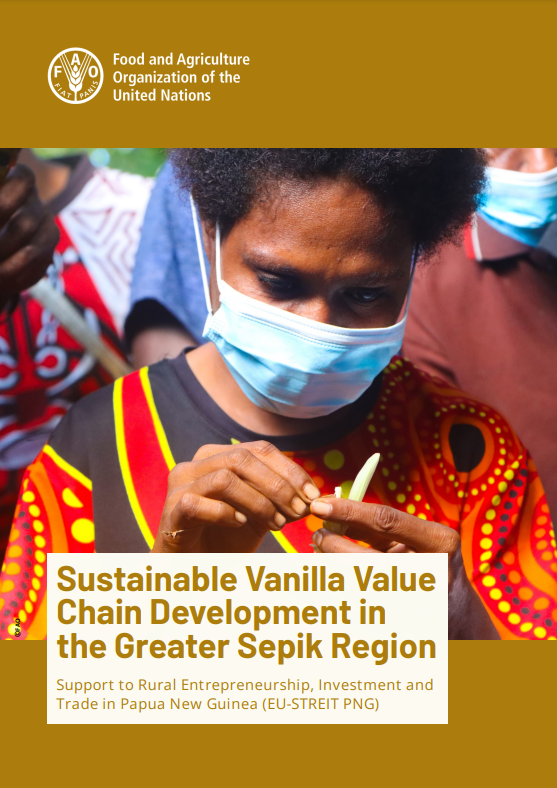 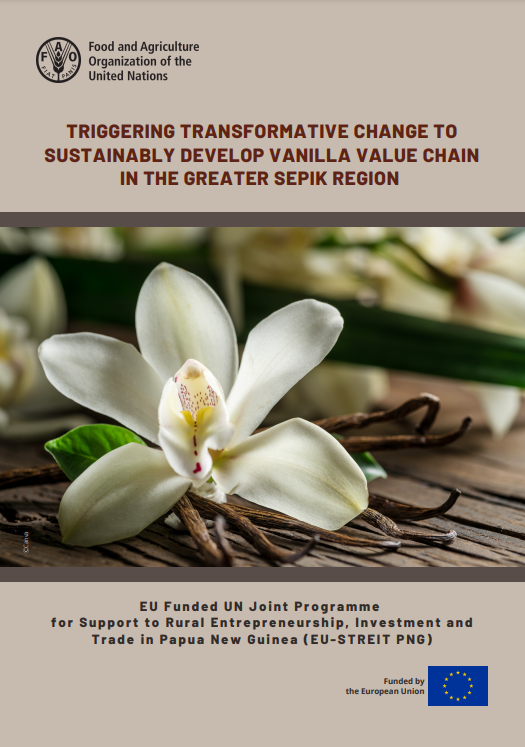