Together, we can achieve better production, better nutrition, a better environment, and a better life

Transformation of the agriculture sector in Africa

Transformation of the agriculture sector in Africa is at the heart of driving progress towards ending poverty, hunger and malnutrition. Common agricultural policies and practices, and knowledge sharing across the region, supports this aim. Areas of common agricultural policies and practice include support to the Comprehensive Africa Agriculture Development Programme (CAADP), scaling up technology and innovation for sustainable agricultural mechanization, engagement of parliamentarians for policy actions, promoting regional value chains, boosting intra-regional trade, and sharing knowledge through virtual learning platforms.

The FAO Regional Office for Africa is developing a Regional Technical Platform to support a community of practice for stakeholders and partners to share knowledge, best practices and lessons learned on common agricultural policies and practice and promote joint efforts. Together, we can achieve better production, better nutrition, a better environment, and a better life for all.

Understanding this situation, the African Union Commission(AUC) and FAO, through an Africa-wide consultative process, developed a Framework for Sustainable Agricultural Mechanization in Africa (F-SAMA) that was launched in October 2018. F-SAMA aims to inform policy and decision makers in the Member States, the Regional Economic Communities (RECs) in Africa, and the wider development community dealing with agricultural development on the significance of mainstreaming SAMA in the overall national and regional agricultural development programmes.

The e-learning materials are available at the FAO eLearning Academy.

To access the e-learning materials you need to register to join the FAO e-learning Academy through the website: elearning.fao.org

The e-learning materials were prepared from the FAO-CIMMYT joint publication “Hire Services as a Business Enterprise: A Training Manual for Small-scale Mechanization Service Providers” which is available at: https://www.fao.org/3/I9207EN/i9207en.pdf

Since 2006, the FAO Regional Office for Africa (RAF) supported CAADP implementation in the context of the round-table process including: (i) preparation of background documents for a Compact; (ii) formulation of 51 National /Regional Agricultural Investment Plans (NAIPs/RAIPs); (iii) organization of the Business Meetings to validate the NAFSIPs and mobilization of resources for its implementation; and (iv) preparation of application for funding for NAIPs under the Global Agriculture and Food Security Programme (GAFSP).

After the adoption of Malabo declaration in 2014, RAF continued to provide advisory support to AUC/DREA and NPCA and technical inputs into the formulation and rolling out of the Malabo Declaration Implementation Strategy and Roadmap (ISRM). In close collaboration with FAO Investment Center (CFI) and other technical Divisions, RAF supported the formulation and validation of Malabo-compliant National Agriculture Investment Plans in 20 countries[1]. These NAIPs integrate social protection dimensions, food security and nutrition, gender and resilience among others, as central tools for translating CAADP goals into results at country level. In addition, RAF supported or collaborated with ECOWAS, SADC, COMESA and IGAD in the formulation of their Regional Agricultural Investment Plans (RAIPs); and the formulation of integrated agricultural policies, strategies and flagship programmes that mainstreamed nutrition at regional and country[2] levels.

Through the AU BR-Task Force, RAF actively supports the development of a common CAADP result and accountability framework for food security and nutrition to inform the policies and guide the actions, to improve governance and promote partnerships and coordinated action across the broad range of actors and sectors. Several RECs and countries[1] were supported for data collection and reporting for the first and second Biennial Reviews, and the successive SDG Voluntary National Reviews since 2016. As part of effort to align reporting with SDGs, nine BR indicators are now aligned with SDGs indicators.

RAF continues to support the engagement of CAADP stakeholders in dialogue and concerted actions around many features: (i) a common and forward-looking food security and nutrition agenda; (ii) to have a common understanding of the nature and extent to which the existing portfolio of sectoral and cross-sectoral policies and programmes are adequate, and (iii) to identify options for overcoming inconsistencies and bottlenecks, and for creating synergies across the portfolio of policies and programmes that are relevant to food security and nutrition, and sustainable agriculture.

An indicative list of policy dialogues organized with leadership or contributions of RAF include (i) the past 16 CAADP Partnership Platforms; (ii) four annual Policy Learning Events during the Partnership Platforms since 2017 aimed at facilitating multi-stakeholder dialogue and learning about the Biennial Review process, its results and policy implications; (iii) dialogue on the role of parliamentarians in planning, implementing and evaluating national agriculture policies to fast-track the effective transformation towards achieving CAADP targets and SDGs; (iv) urban obesity in West and Southern Africa, in  collaboration with AUDA-NEPAD on the promotion of indigenous foods.

The practice was initiated in Rwanda with the signing of the CAADP Compact in 2007 and the formulation of the Plan for the Strategic Transformation of Agriculture (PSTA II), which is the Rwandan agriculture investment, adopted in a business meeting in 2009. The following overview demonstrates FAO working in tandem with CAADP and the Rwandan government.

CAADP is Africa’s policy framework for agricultural transformation, wealth creation, food security and nutrition, economic growth and prosperity for all. In Maputo, Mozambique in 2003, the African Union (AU) Summit made the first declaration on CAADP as an integral part of the New Partnership for Africa’s Development (NEPAD).

Elevating the ambition in 2014 after 10 years of CAADP implementation, Heads of State and Government from across Africa committed to the Malabo Declaration on “Accelerated Agricultural Growth and Transformation for Shared Prosperity and Improved Livelihoods” to reinvigorate the process. This declaration broadened CAADP’s scope to include other sectors such as infrastructure, natural resources, land tenure and trade.

The outcomes sought through CAADP align with the Sustainable Development Goals (SDGs), specifically the SDG 2, and are a foundation for the African Union’s Agenda 2063.

FAO provided critical policy assistance and investment planning to Rwanda since 2007 for the development and costing of PSTA, which is equivalent to its NAIP. PSTA II focused on providing incentives to producers to adopt new technologies with particular emphasis is given to maize, wheat and Irish potato, plus rice in irrigated areas through seed and fertilizer distribution, and intensive livestock production encouraged through support to nutrition and stall feeding and heifer distribution programme for poor families.

Government and donor support for the CAADP-aligned PSTA II has translated into increased investment in the agricultural sector and increases in productivity and production.

Rwanda’s performance in terms of CAADP adoption and implementation is determined through the Biennial Review reporting, the Africa-wide mechanism of accountability towards the targets set in the 2014 CAADP Malabo Commitments, as well as national assessment and evaluations.

Rwanda has taken great strides in reducing poverty and malnutrition in the country.

Agriculture, the main sector that contributes to the progress in improving food security has been growing on average by 6 percent over the last decade. According to the 2018 Comprehensive Food Security and Vulnerability Assessment report, 81.3 percent of all households are food secure, have an acceptable diet, and use a low share of their budget to cover food needs (Rwanda, 2019 VNR). The National Institute of Statistics of Rwanda reported in 2015 that national food production has grown more than twice that of the rate of population between 2007 and 2014. Average maize yields increased from less than 0.8 tonnes/hectare in 2006-07 to more than 2.5 t/ha in 2008/09, while wheat yields increased from less than 1 t/ha to more than 2.5 t/ha over the same period. Areas under maize, wheat and other key crops covered by PSTA II also increased markedly (NEPAD, 2011).

According to the Ministry of Agriculture (MINAGRI, 2020), cattle population in Rwanda grew from 172 000 in 1994 to around 1 300 000 in 2019 and contributed to the improvement of livelihoods, nutrition, family incomes and social cohesion. Milk production increased from 7 206 000 liters per year to over 847 178 000 liters in the same period. Similarly, fish production year increased by 504.4percent to 35 312 MT of fish. Agriculture export income increased from USD 70 million before 1994 to USD 421.1 million; staple crops, animal products, new commodities like Macadamia, flowers, fruits, vegetables, cereals & grains became cash commodities in addition to only coffee, tea, and Pyrethrum.

Annual tea revenue that was only USD 17.5 million in 1994 generated USD 92.54 million annually to date while coffee income increased from USD 38 million to over USD 62.4 million over the same period.

The practice is replicable following the CAADP process as a continental framework, which has been adopted by all AUC member States. The alignment of Malabo targets to SDGs remains a critical element for FAO in anchoring the SDGs further to regional-based high-level commitments.

This institutionalized support ensures ownership and replicability over the years and allow countries to learn from each other and share best practices.

FAO decentralized offices in Southern Africa, Asia-Pacific and East Africa are establishing regional Virtual Learning Centers (VLCs). The idea behind Virtual Learning Centers was a way to transfer the competences required to develop and deliver online training to FAO regional offices. This approach aims to increase regional capacity to train professionals and to better ensure courses offered are in line with the training needs of the countries in the target regions.

VLCs allow large and geographically disparate audiences to be trained at a low cost without having to travel from their duty stations. This enhances regional capacity, keeping the training needs of countries in the target regions. VLCs also provide a platform to promote and organize regional virtual events and strengthen networks by assisting in the planning and coordination of regional activities against animal disease and the recent desert locust upsurge through surveillance, early warning systems, reporting and notification. In response emergency actions can be taken quickly to establish immediate on the ground operations and progressive control.

The VLCs act as regionally-based virtual learning hubs to support development and delivery of online courses, workshops and resources to build capacity through:

The VLCs base their course delivery on an open source platform, a Learning Management System that enables educators to create personalised learning environments filled with dynamic courses that facilitate learning, anytime, anywhere and on any device.

At the same time, internet connectivity and a high relative cost of data are common challenges for VLCs and new alternatives are always explored. The lower bandwidth requirements of instant messaging applications, compared to standard web applications, has seen their increased use in support of virtual training delivery in multiple regions. Applications such as WhatsApp™ and Telegram™ can be used to improve audience engagement through broadcast messages and chat boxes, and also to complement the delivery of training courses, sending resources to participants who do not have access to a laptop or sufficient bandwidth.

The final goal is that trainees become part of a regional network and are able to exchange information, ask for advice and receive updates long after the actual training ends.

To access training and more information for the Regional VLCs: 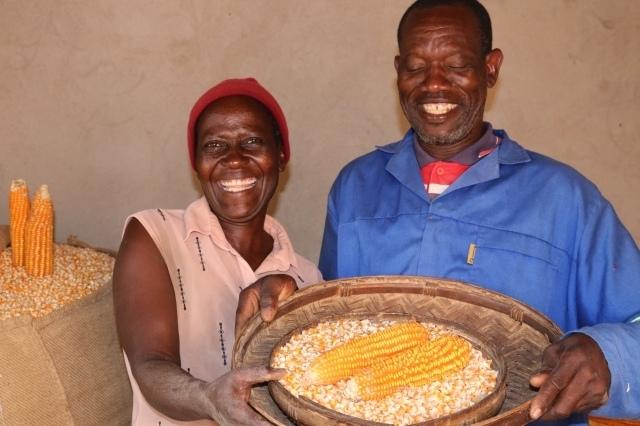 FAO partnered with HarvestPlus and the Department of Research and Specialist Services (DR&SS) of Zimbabwe to promote the production of biofortified vitamin A orange maize. 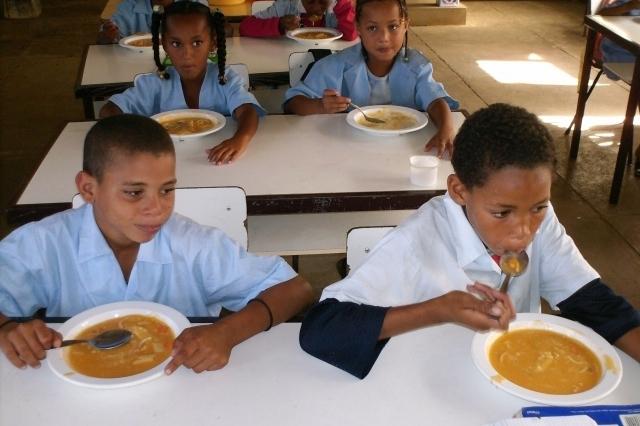 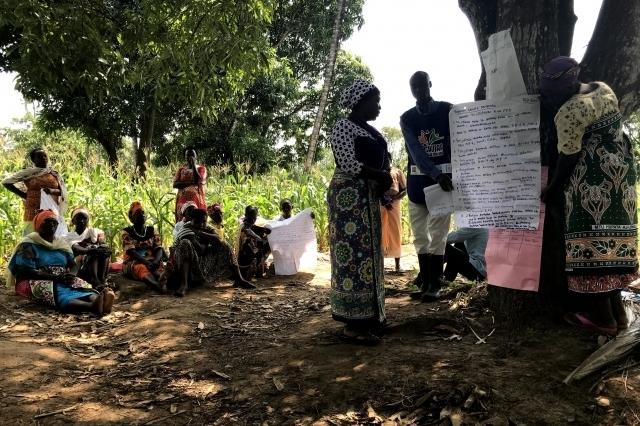 The schools are a way to promote field-based experimentation, group organization and local decision-making through discovery-based learning. 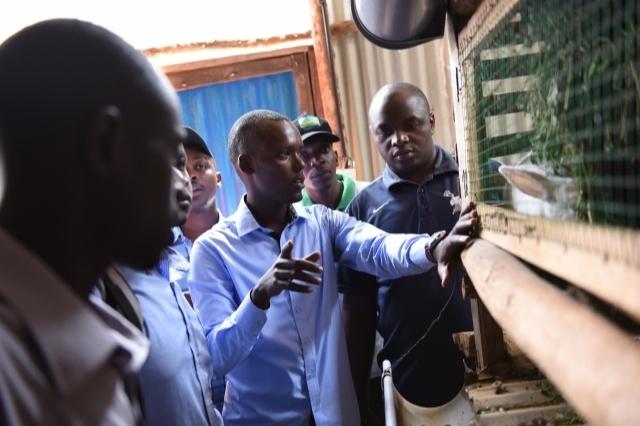 FAO delivered a Technical Cooperation Programme (TCP) to support the Government of Rwanda to establish the Rwanda Youth in Agribusiness Forum (RYAF). 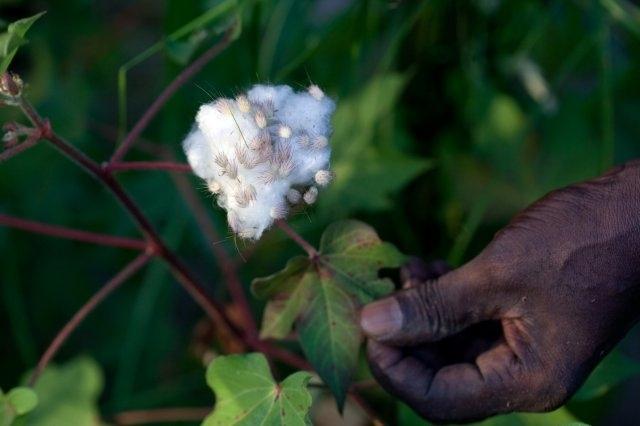 Better life: How can we eliminate child labour in cotton production? 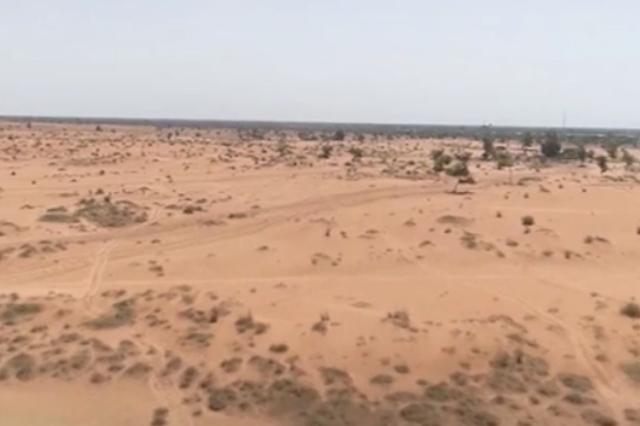 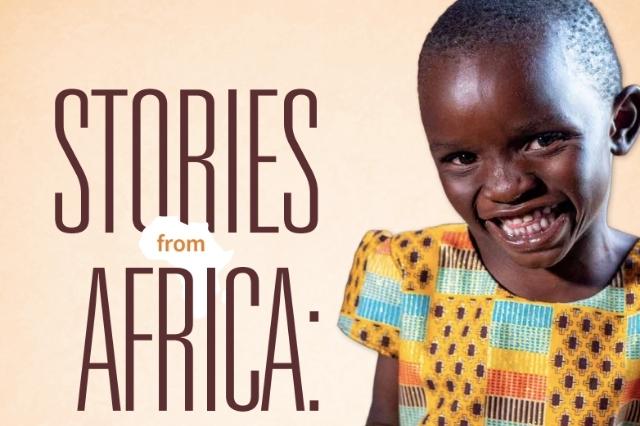 Regional Office for Africa has launched a new publication that showcases FAO’s cross-cutting interventions to deliver better nutrition to communities. 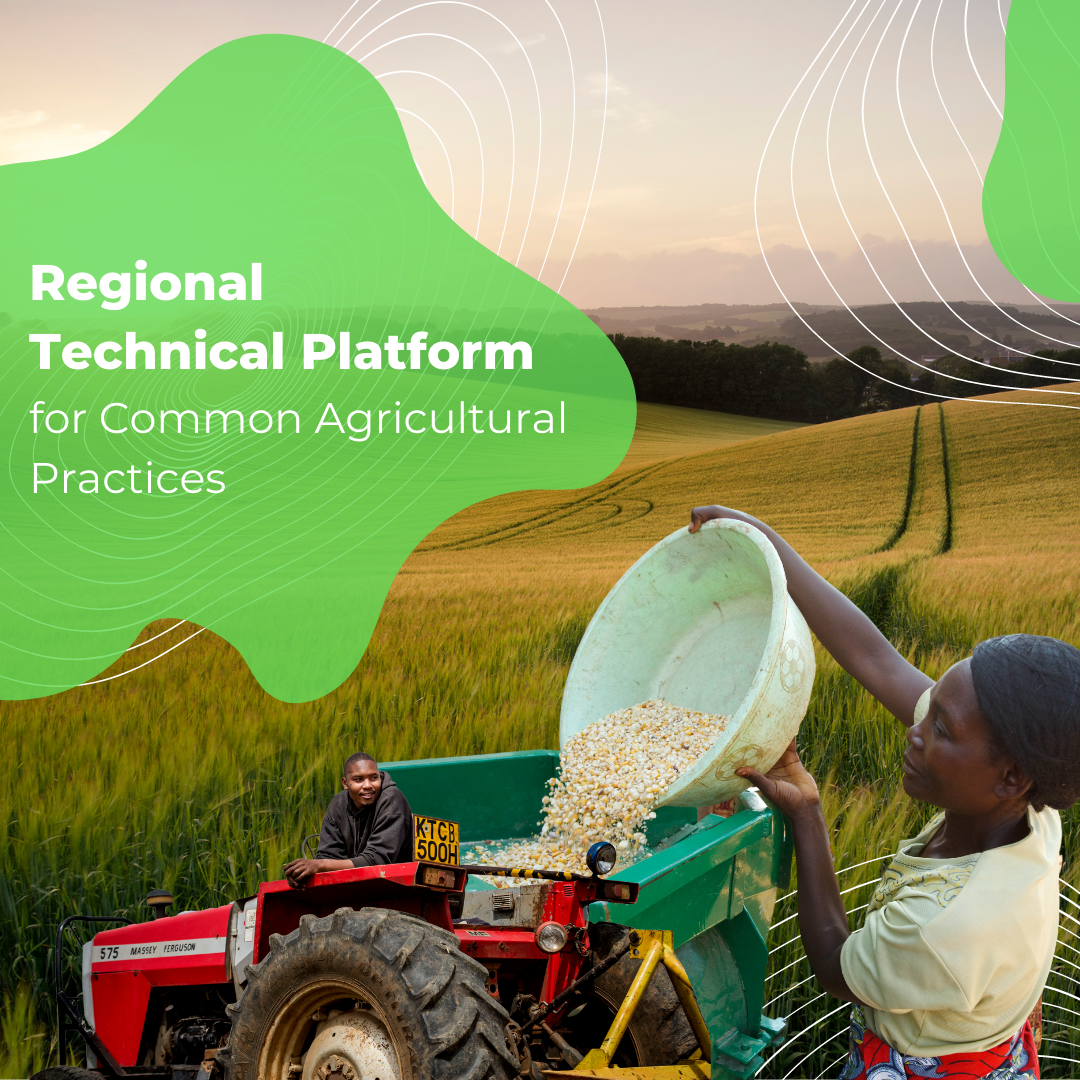