The above classifications according to typology, technology and source of water are schematically presented in the following diagram or irrigation area sheet: 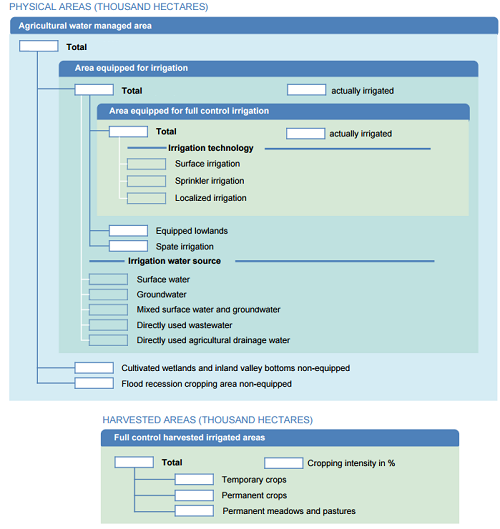 Irrigation areas sheets filled in for each country are available from the dropdown menu under "Information sheet" at the top of this page. These sheets are automatically generated from the Main Database and thus always contain the latest information available in the database. Definitions of all terms can be found in the glossary.

A special effort is being made to collect quantitative and qualitative information on women in irrigated agriculture. If information is available a special sub-section on "Women and irrigation" is created in the section "Irrigation and drainage development" of the country profile.

A list of all publications is available on the Publications page. A non-exhaustive selection of some publications more specifically related to irrigation is given below: