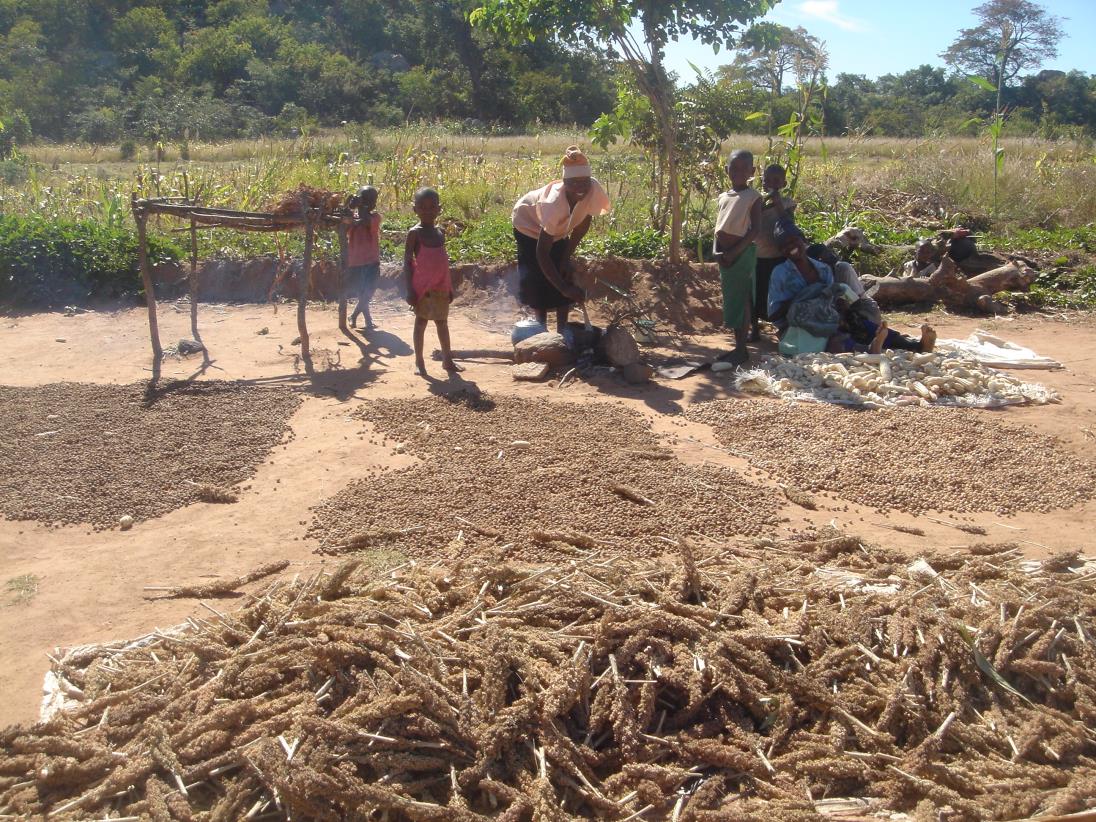 Cereal harvest in Southern Africa, where prices are at record levels

05/12/2013
5 December 2013, Rome - World cereal production will reach a new high of almost 2 500 million tonnes, including rice in milled terms, according to new FAO estimates. The figure is almost 8.4 percent more than last year and some 6 percent above the previous record in 2011, according to the latest issue of the Crop Prospects and Food Situation Report.

While global cereal production is expected to increase, FAO warned that food security conditions in several parts of Africa and elsewhere are deteriorating.

In the Sahelian countries of West Africa - Chad, Mali, Mauritania, Niger and Senegal - crops and pastures have been affected this year by late onset and early cessation of rains. The situation could lead to a new surge in food insecurity and malnutrition in the 2013/14 marketing year. A large Malian population displacement due to civil unrest is also contributing to regional food insecurity.

In Central African Republic, 1.3 million people are in need of emergency food assistance due to civil unrest.

In Southern Africa, prices of cereals are near or at record levels in several countries, underpinned by tighter supplies in the 2013/14 marketing year. Dry weather has delayed planting of the 2014 crops in parts.

In the Philippines, 14 million people have been adversely affected by Typhoon Haiyan. FAO has appealed for over $30 million for agricultural rehabilitation and the World Food Programme has proposed emergency food assistance for 2.5 million people.

The index measures the monthly change in the international prices of a basket of 5 commodity groups, including some 73 price quotations.

The latest estimates for world cereal production mostly reflect adjustments to estimates of maize output in the United States, the Russian Federation and Ukraine, which became firmer towards the completion of the harvests.

Based on the latest figures, the overall increase in world cereal output this year comprises a rise of 7.8 percent in wheat production, of 12 percent for coarse grains, and of only 1 percent for rice.

Early prospects for the winter wheat crop, already planted in the northern hemisphere, to be harvested in 2014, are mostly favourable.

World cereal stocks are predicted to increase to 572 million tonnes by the close of the 2014 crop seasons, which is 13.4 percent, or nearly 68 million tonnes, more than in the previous year. This forecast is almost 9 million tonnes higher than reported in November, reflecting upward revisions to ending stocks of wheat and coarse grains, while ending rice inventories were reduced slightly.

The sharp expansion in world cereal stocks this season would result in the global cereal stocks-to-use ratio reaching 23.5 percent, well above the historical low of 18.4 percent registered in 2007/08.