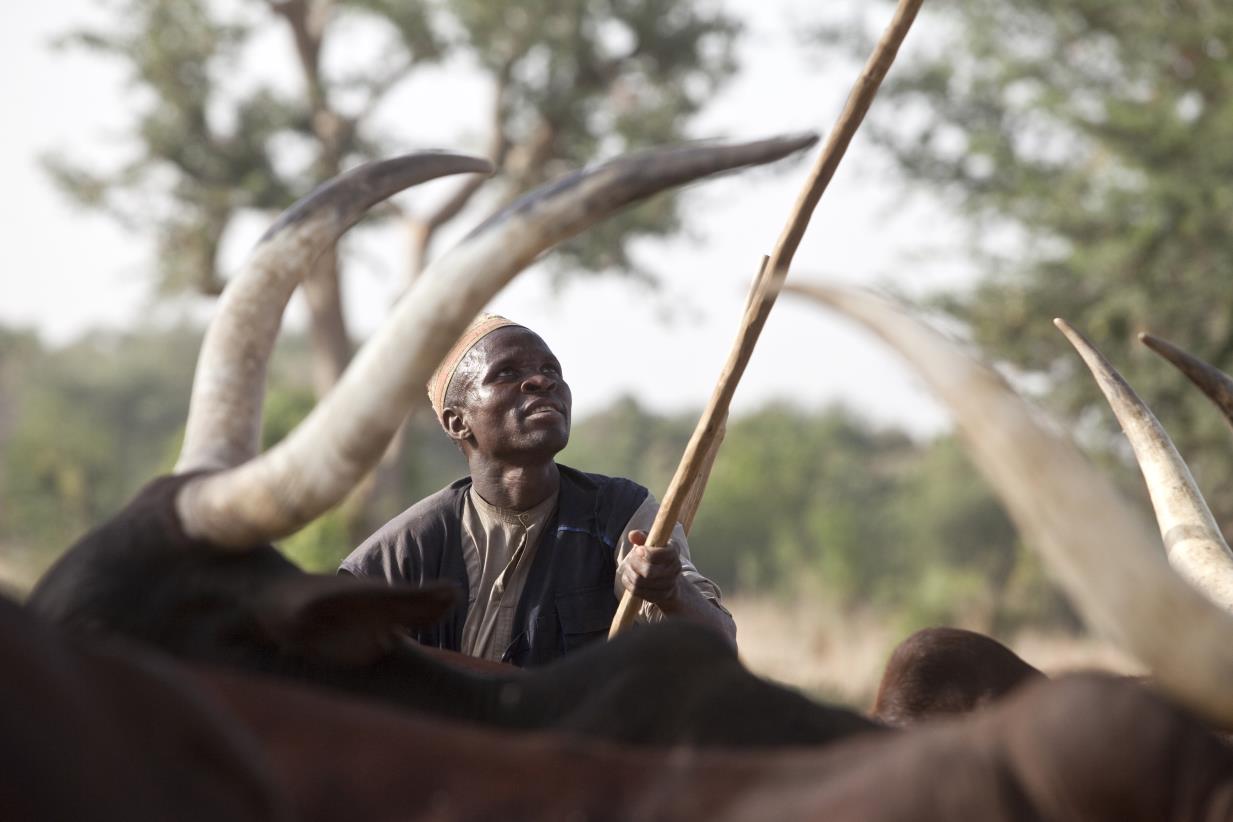 Building the resilience of people in the region and the natural systems on which they depend requires a major effort.

Rome, 16 December 2013 - The Great Green Wall initiative is hosting an international forum to build new partnerships and accelerate progress in tackling one of this century's defining development challenges - land degradation, desertification and drought.

The forum will also take stock of the achievements and future challenges of the Great Green Wall for the Sahara and the Sahel Initiative.

The two-day event, organized by the Global Mechanism of the UNCCD (GM) and FAO under the auspices of the African Union Commission (AUC), is taking place on 16-17 December at FAO Headquarters in Rome.

Since its adoption in 2007 by African Heads of State and Government, the Great Green Wall for the Sahara and the Sahel Initiative has become Africa's flagship initiative in tackling the detrimental social, economic and environmental impacts of land degradation, desertification, drought and climate change.

It is estimated that 83 per cent of rural people in Sub-Saharan Africa depend on the land for their livelihoods, but 40 per cent of Africa's land resources are currently degraded. Poverty, hunger, unemployment, forced migration, conflict and security issues are just some of the many threats arising from this situation.

In the Sahel, seasonal temperatures have risen between 1.5-2.0 degrees Celsius, making land and the local populations all the more vulnerable to weather events that have become more and more unpredictable and severe.

Bold coordinated action and more investments in sustainable land management are needed to boost food production, help people adapt to climate change and mitigate its effects, support biodiversity, enhance businesses based on land resources and contribute to a green economy.

Action on the ground

A mosaic of natural resource management programmes underway in some of the countries, demonstrate the potential of sustainable land management to boost food security, improve community livelihoods and build the resilience of the land and the people to the changing climate.

In southern Niger, for instance, farmers have rehabilitated over 5 million hectares of land, using a low cost land restoration technique called farmer-managed natural regeneration. This has boosted crop and livestock yields, as well the production of medicine and firewood.

In Senegal, 27 000 hectares of degraded land were restored by the planting of 11 million trees. Part of this re-greened area is being converted into a community-based reserve for eco-tourism.

A mechanized technology, known as the Vallerani-system inspired from traditional practices has helped to restore more than 50 000 hectares of agro-forestry systems in Burkina Faso, Niger and Senegal. It is seeding native trees, shrubs and herbs, boosting the production of crops, gums and resins, and providing fodder for livestock.

"The time has come to break the vicious cycle of crises in Africa's Sahel by building up the ability of rural communities to weather drought and other shocks, rather than merely helping them recover from disaster," said Maria-Helena Semedo, FAO's Deputy Director-General, at the opening of the event.

"The Great Green Wall initiative is an opportunity to bring a coordinated and harmonized response to the issues of forced migration, food security and peace in Africa", Monique Barbut, Executive Secretary of the UN Convention to Combat Desertification (UNCCD), said to the representatives of African countries, international organizations, development banks, civil society and the private sector.

With less than three per cent of Sub-Saharan Africa's total cropland currently benefiting from sustainable land and water management, she warned that a major effort would be required to build the resilience of people in the region and the natural systems on which they so intimately depend.

EU Development Commissioner, Andris Piebalgs, added: “I am pleased to support the Green Wall initiative – it is very much in line with the EU’s own commitment to doing all we can to help people in those countries most affected by climate change to be able to better adapt to its impact in the future, as well as improving food security and making agriculture more sustainable.”

"Partnerships are crucial to support governments in mobilizing the necessary technical and financial resources for the implementation of their Great Green Wall plans," said Dr. Abebe Haile Gabriel, Director for Rural Economy and Agriculture of the African Union Commission.

"New partnerships are needed to strengthen the global alliance that has emerged under the leadership of the African Union," he added, stressing the need for streamlined coordination among partners and the importance of close monitoring and evaluation of the impact of their actions.

So far, the African Union - in cooperation with the European Union, FAO, the Global Mechanism of the UNCCD, the Royal Botanic Gardens of Kew and the Walloon Region of Belgium - has mobilized more than €50 million in support of the Great Green Wall Initiative.

The World Bank and Global Environment Facility are financing the US$1 billion Sahel and West Africa Program (SAWAP), active in 12 countries together with a regional hub project called Building Resilience through Innovation, Communication, and Knowledge Services (BRICKS), implemented by the Permanent Interstates Committee for Drought Control in the Sahel (CILSS), the Sahara and Sahel Observatory  (OSS) and the International Union for Conservation of Nature (IUCN).