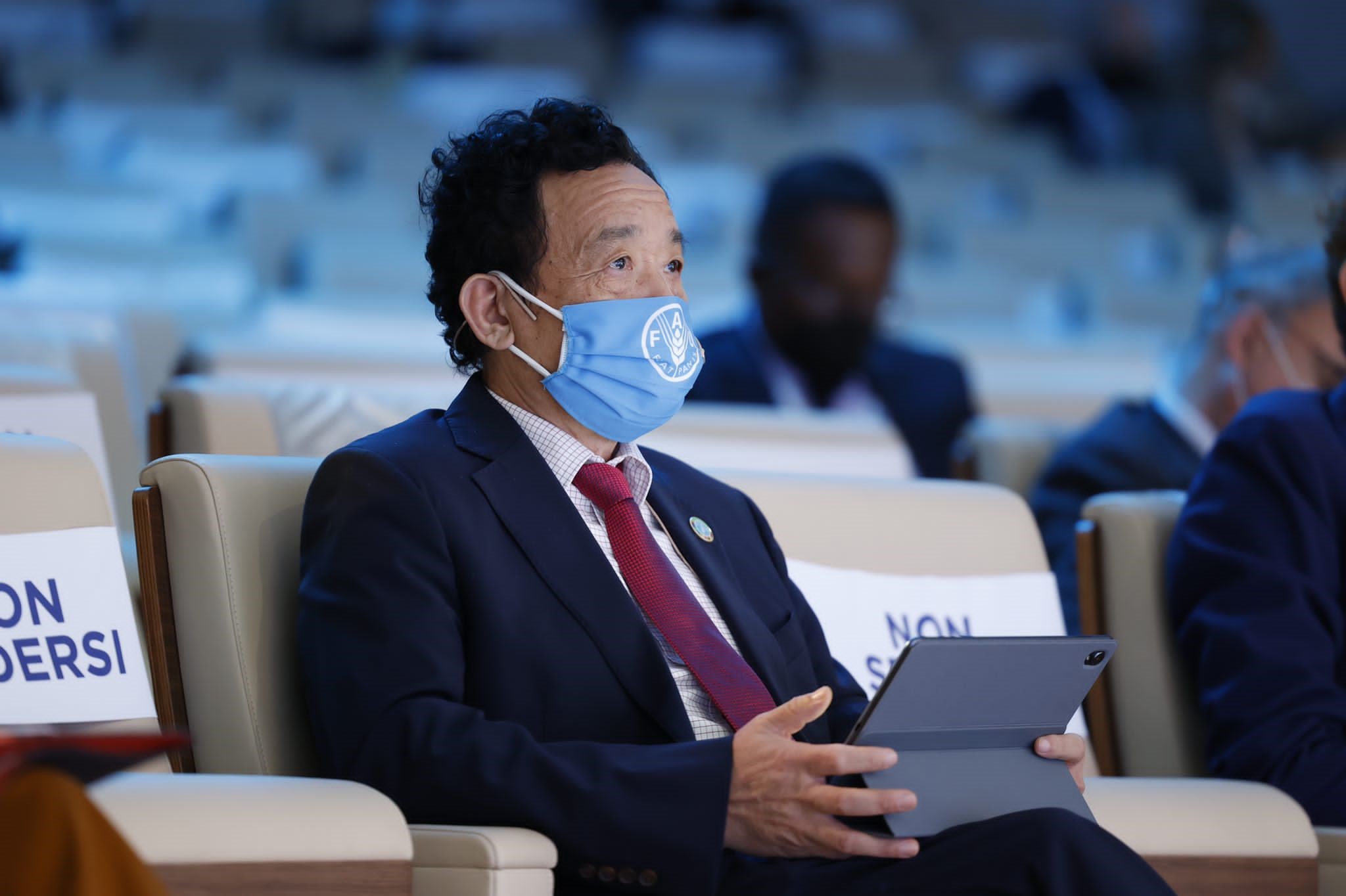 Rome - Transformed and inclusive agri-food systems are needed to end hunger around the world and drive responses to other global challenges such as the climate crisis, QU Dongyu, Director-General of the Food and Agriculture Organization of the United Nations (FAO), told global private-sector leaders on Friday at the Business 20 (B20) summit.

The COVID-19 pandemic affected economic activities worldwide and also contributed to the largest single-year increase in global hunger, adding as many as 161 million people to those facing food insecurity, Qu noted.

“The most destructive effects of the COVID-19 pandemic on food security and nutrition were due to the unprecedented scale of economic downturns,” he said. He warned that a major risk now is “the uneven pace of recovery” with some countries continuing to face significant food and nutrition insecurity beyond 2021. The Director-General spoke at the closing panel of a two-day B-20 meeting, geared to reshaping the future, defeating the pandemic, alleviating poverty and promoting gender equality. He was joined by Pramila Patten, Acting Executive Director of UN Women, Seth Berkley, CEO of GAVI, the worldwide vaccine alliance, and Michael Kremer, winner of the 2019 Nobel Prize in economics, who has contributed to FAO’s efforts to shift focus from results to impacts.

The B20, set up in 2010 as a venue for dialogue between the G20 and the global business community, is composed of representatives of more than 6.5 million businesses, including leading multinational corporations, and aims to develop consensus-based policy proposals to the G20 and to international organizations and institutions.

During the meeting, B20 Chair Emma Marcegaglia handed over the B20’s final declaration to the G20 President, Prime Minister Mario Draghi of Italy, who gave closing remarks along with President Joko Widodo of Indonesia.

Jeff Bezos, founder of Amazon, also spoke via a video link to the B20 summit, noting that technologies have delivered notable improvements for human life while emphasizing the need to restore nature.

“We have more solutions to tackle the challenges,” the Director-General agreed. He also emphasized the importance of a clear, long term intergovernmental strategy as well as action at a national level. “We have to get all the stakeholders to work together,” he said.

Qu stressed that for agri-food systems, that means making sure that producers, traders and consumers are included in the decision-making processes driving sustainable transformation. Agri-food systems are a cornerstone to the Sustainable Development Goals and must be made “more efficient, more inclusive, more resilient and more sustainable,” he said.