FAO and China mark 40 years of cooperation in hunger fight

Research, sustainability, inclusiveness on priority list for future efforts, at home and abroad 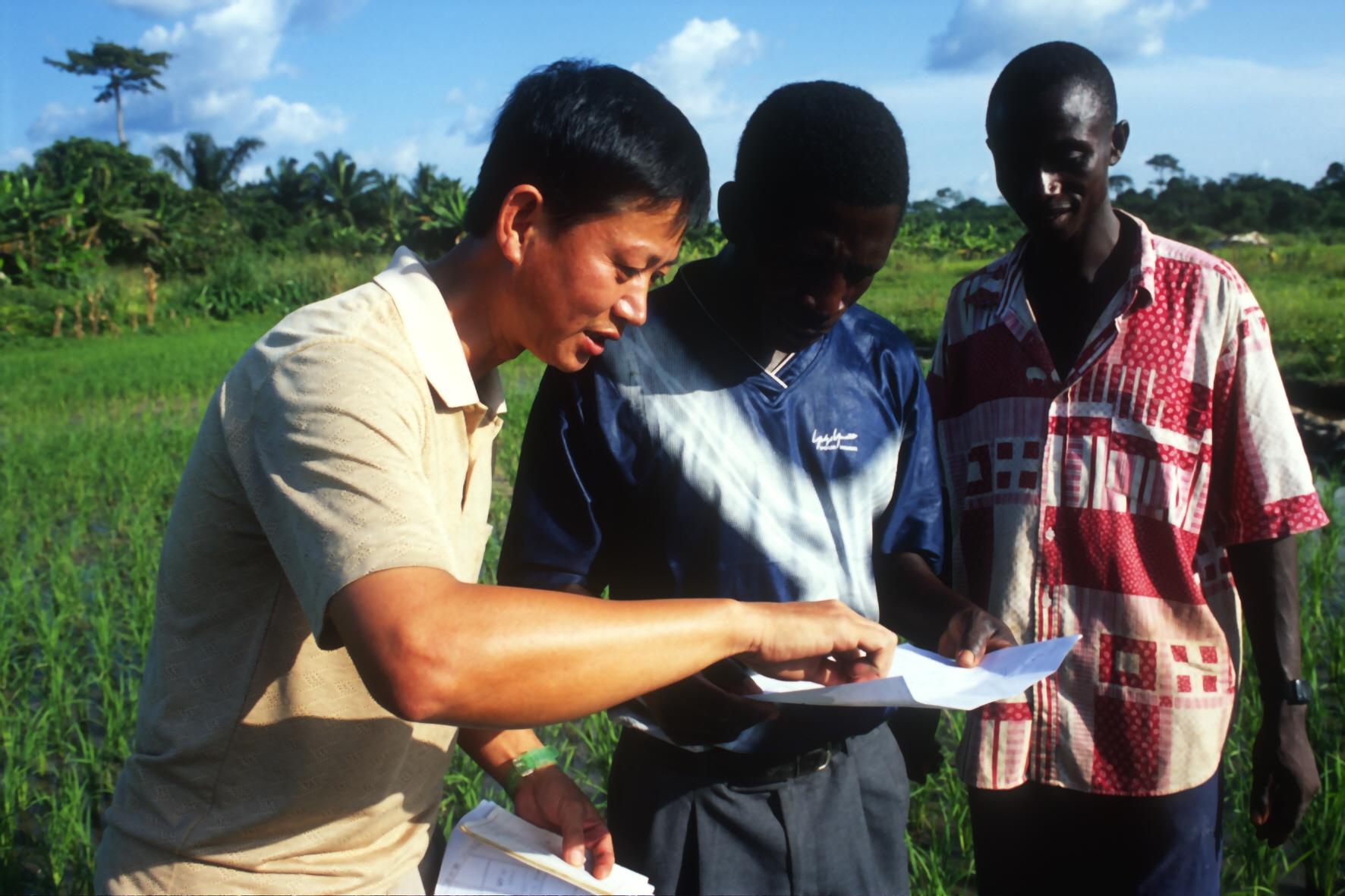 2 December, Rome - FAO Director-General José Graziano da Silva lauded the People's Republic of China (PRC) for halving the proportion of its undernourished population at a ceremony today celebrating the 40 years of collaboration with the UN's lead agency on food security and sustainable agriculture.

He also thanked China - one of the countries that founded FAO - for sharing its successes and expertise to tackle food insecurity in other countries, during a gathering at FAO headquarters in Rome attended by Qu Si Xi, representing the Minister of Agriculture of China, Han Changfu, and Xia Jingyuan, Permanent Representative of the PRC.

China's gains against hunger have been impressive, said Graziano da Silva. China has registered some of the world's sharpest reductions in poverty and chronic hunger in the past 20 years and already met the hunger-reduction target specified by Millennium Development Goal number one, namely, to reduce by half the proportion of chronically hungry people between 1990 and 2015.

According to FAO's latest figures, China has rescued 114 million from hunger since 1990. This represents nearly two-thirds of the total 173 million people lifted from food insecurity worldwide.

"FAO is proud to have witnessed and contributed to China's tremendous feat of feeding 20 percent of the world's population with only 9 percent of its arable land and 6 percent of its freshwater," Graziano da Silva said.

Cooperation at home and abroad

Since China resumed its Membership of FAO in 1973, FAO has provided technical support to more than 400 field projects in priority agriculture development areas, targeting tens of millions of beneficiaries and has assisted with the approval of nearly fifty investment projects totalling more than 8.3 billion dollars.

China now has the challenge to rescue the 158 million people that still suffered from chronic hunger in the country in 2011-2013, around 11 percent of the population.

Graziano da Silva welcomed the government's commitment to eradicate hunger and bolster its agricultural and rural reform, and pledged FAO's continued support in reaching out to millions of families that remained vulnerable.

Since 1996, nearly 1,000 Chinese experts have provided support to about 25 other developing countries in areas like irrigation, livestock, fisheries, crop production and agroforestry. This effort was backed up in 2008 with the establishment of a $30 million trust fund.

"It is gratifying for FAO to witness China transforming itself from a recipient to a major provider of technical assistance, development solutions and funding to other nations of the global South," the Director-General added.

Graziano da Silva noted that FAO-China Cooperation Programme was being expanded in a new five-year plan to cover five priority areas of collaboration, with potential investments of some $100 million. The plan, still to be formalized, would call for:

"Looking back at what we have done makes me believe there are many good things ahead of us," Graziano da Silva said. "The collaboration between FAO and the People's Republic of China offers tremendous potential to address future challenges, including the promotion of food security and sustainable development."