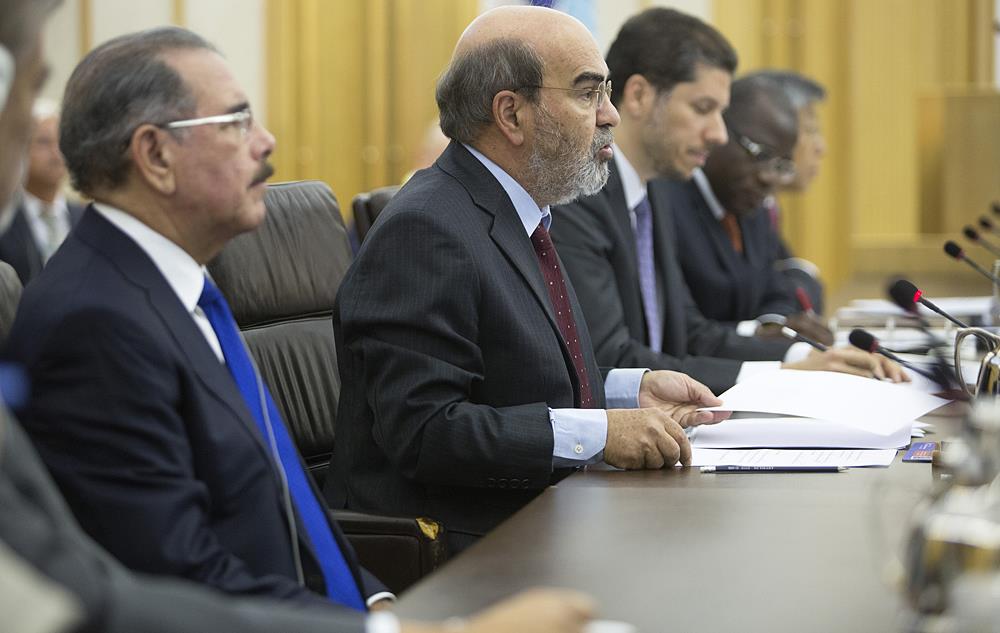 29 September 2014, Rome - Policy makers should support a broad array of approaches to overhauling global food systems, making them healthier and more sustainable while acknowledging that "we cannot rely on an input intensive model to increase production and that the solutions of the past have shown their limits," FAO Director-General José Graziano da Silva said today in his opening remarks to the 24th session of the Committee on Agriculture (COAG).

Calling for a "paradigm shift," he said that today's main challenges are to lower the use of agricultural inputs, especially water and chemicals, in order to put agriculture, forestry and fisheries on a more sustainable and productive long-term path.

Options such as Agro-ecology and climate-smart agriculture  should be explored, and so should biotechnology and the use of genetically modified organisms, FAO's director-general said, noting that food production needs to grow by 60 percent by 2050 to meet the expected demand from an anticipated population of  9 billion people.  "We need to explore these alternatives using an inclusive approach based on science and evidences, not on ideologies," as well as to "respect local characteristics and context," he said.

Graziano da Silva also asked the COAG, which will conclude its biannual meeting on Friday, Oct. 3, to consider the importance of family farming in all aspects of its agenda.

Members of COAG, a technical advisory body that helps guide and formulate FAO's policy agenda, also heard Danilo Medina, president of the Dominican Republic, outline his country's novel use of surprise visits to rural communities as a way to improve officials' understanding of their needs.

President Medina said his government was a strong supporter of the principle that "food is a universal right" and that "the only viable strategy to fight hunger is to revitalize the countryside and rural incomes."

The Dominican Republic has reduced its population suffering from hunger to below 15% from more than 34% in 1990, and the island plans to institute a law on the right to food.

In his keynote speech, President Medina said rural poverty in the Dominican Republic has declined by nine percentage points in the first 18 months of the current government, even faster than nationwide poverty, as a result of a suite of policies including almost doubling in two years the volume of agricultural loans, many of them offering improved terms of credit, grace periods, and crop insurance to smallholders. He emphasized that social and economic policies should be complementary in developing nations, most of which need to invest more in the creation of human capital in rural areas.

He added that the budgetary costs of his country's efforts had proven surprisingly modest. "It is not a question of committing resources, but of taking decisions - even small amounts of money, well-targeted, can make an impact," he said.

"Surprise visits" to farming communities have played a major role in catalysing  an agricultural boom, President Medina said, noting he personally participates in the outreach project. The visits offer an opportunity for officials to listen and better understand concrete local concerns, and also to encourage smallholders to establish cooperatives and other organizations to scale up their competence.

"The countryside in the Dominican Republic is undergoing a real revolution," he said.


"Subsistence agriculture on small plots of land perpetuates the vicious cycle of poverty. The only way that our producers can be competitive is to join forces," the president added. "We see that by working together toward a common objective, they are producing as never before."


The Dominican Republic achieved its core Millennium Development goal ahead of schedule, reducing the share of its population suffering from hunger to 15% from 34% in 1990.

The country is also on the verge of promulgating a law establishing the right to food, Graziano da Silva noted approvingly.  "'Political commitment at the highest level is fundamental to advancing towards food security," he added.

The COAG meets every two years. Central themes being discussed this week are water governance, livestock diseases, in particular the effort to replicate the successful eradication of Rinderpeste on the Peste des Petits Ruminants, soil management and food safety