Greenhouse gas reporting is about to get a whole lot easier 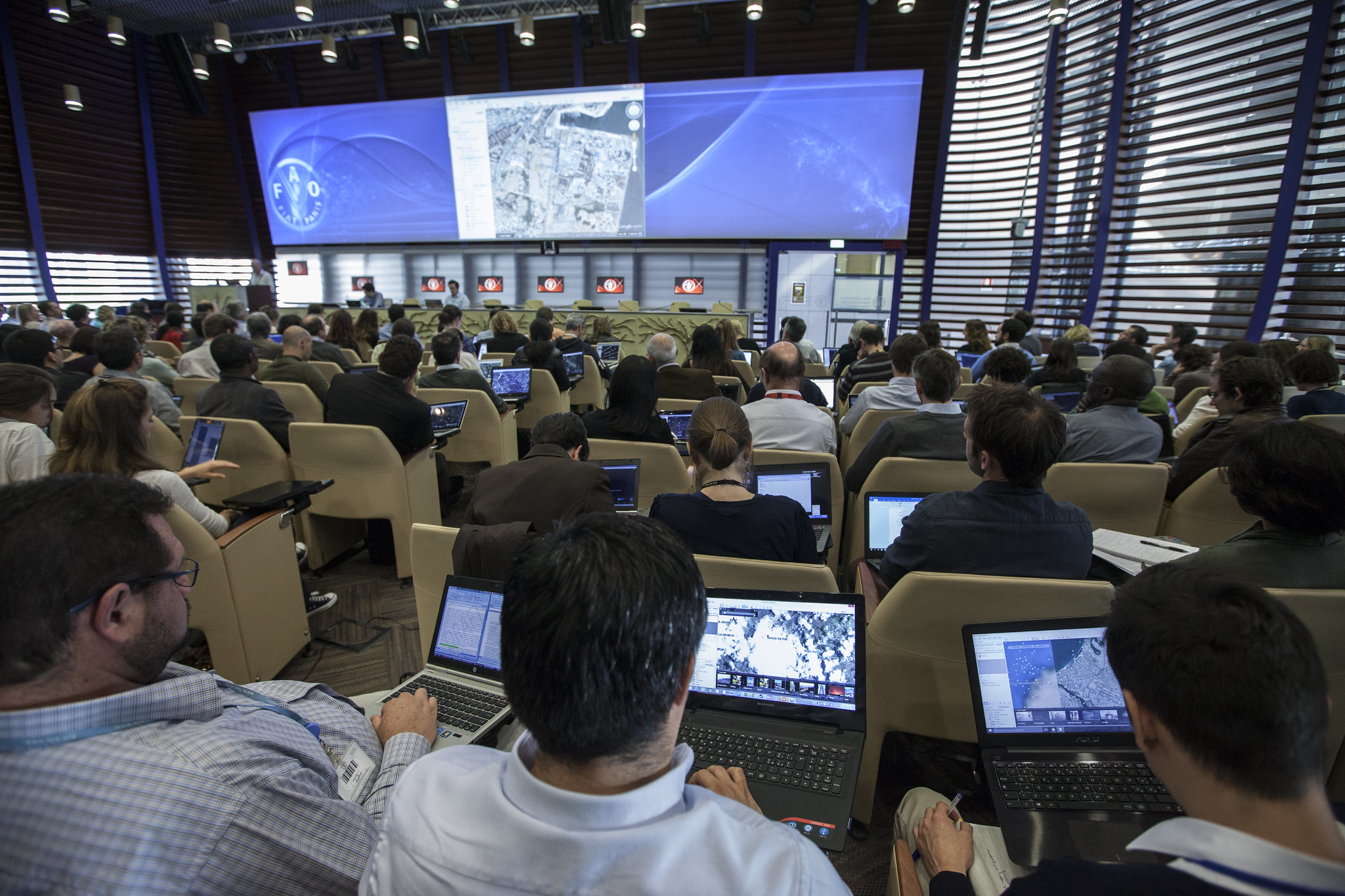 The agreement builds on FAO’s ongoing efforts to tap new tools and innovative technologies, like Google Earth, to develop software that can help resource-strapped countries make faster progress toward the Sustainable Development Goals

Rome – The challenging task that countries face in reporting on greenhouse gas emissions and removals under the United Nations’ climate framework is about to get easier, thanks to a collaborative effort by the Food and Agriculture Organization (FAO) and key partners.

Under a new agreement signed this month, FAO is working with the Task Force on National Greenhouse Gas Inventories of the Intergovernmental Panel on Climate Change (IPCC) to connect Collect Earth - a free and open-source, satellite image viewing and interpretation system developed by FAO - with the IPCC’s own Inventory Software, thereby giving all signatory countries of the UN’s Framework Convention on Climate Change (UNFCCC) the opportunity to assemble more accurate data on anthropogenic emissions and removals in the Agriculture, Forestry and Other Land Use sectors.

“This is not just about technological developments, but about inclusive innovation,” said Eduardo Mansur, FAO Director of the Office of Climate Change, Biodiversity and Environment. “It’s about giving more countries the tools and capacity to produce accurate national greenhouse gas inventories, which helps our collective response to the climate crisis while improving country’s abilities to access climate finance.”

The effort is the result of a United Nations to United Nations Contribution Agreement signed by FAO, the IPCC and the World Meteorological Organization (WMO). The agreement builds on FAO’s ongoing efforts to tap new tools and innovative technologies, like Google Earth, to develop software that can help resource-strapped countries make faster progress toward the Sustainable Development Goals (SDGs).

Countries often experience difficulties in preparing their national greenhouse gas (GHG) inventories, a requirement for signatories of the Paris Agreement on climate change. Least Developed Countries in particular face a number of challenges in pulling together the quantity and quality of data required. Many lack data management systems and are unable to prepare complete and accurate national GHG inventories.

The current IPCC Inventory Software supports the preparation of an accurate, complete, consistent, and therefore comparable GHG inventory, but it does not address gaps in data availability. The most prominent being data on changing land use, for example, on deforestation for urbanization, settlements, agricultural expansion or pasture.

The new features of FAO’s Collect Earth software can be used on a standard computer with an average internet connection to access the free datasets of images, so operators, many of whom are already familiar with FAO-Google tools, will need minimum guidance and expertise to use it.

“Bridging the void between existing software, which thanks to Google technologies already provides instant access to both very high spatial and very high temporal resolution data, within a simple framework will enable countries to compile the greenhouse gas inventories without costly computer systems or specialist skills,” said Danilo Mollicone, who led the FAO technical team that created Collect Earth and is developing the new software.

This updated version of the IPCC Inventory software will integrate the accurate land use change data generated by FAO’s Collect Earth, enabling countries to compile and report on their national GHG data and complete consistent land representations under IPCC methodological approaches 2 and 3.

The national GHG inventory reporting will help build trust and confidence that countries are taking action to meet their national climate targets under the Paris Agreement. It will also make it easier for countries to access funding from institutions like the Green Climate Fund.

More than 30 countries are already using FAO’s Collect Earth to manage and assess land use and land use change, and report in accordance with the Paris Agreement.

Papua New Guinea, one of the world’s most naturally diverse countries, recently completed its first full assessment of land use, land use changes and forests using the tool. In Kyrgyzstan and Tunisia, national forest authorities have also been using Collect Earth to produce accurate inventories.

The initial ‘Beta’ version of the software will be ready by June, with an official version in place by October. It is expected that more than a hundred UNFCCC signatory countries will adopt the new FAO/IPCC GHG software over the next two-three years.

Google and FAO launch new Big Data tool for all