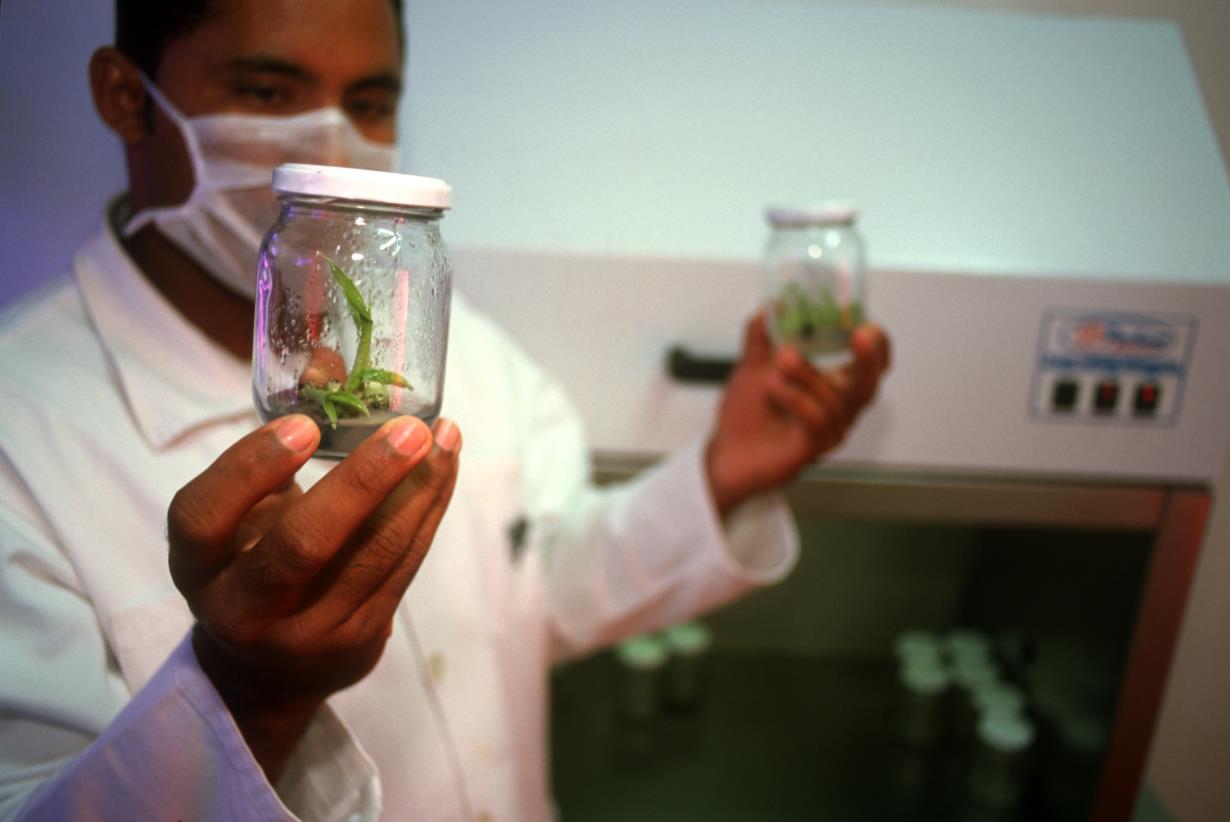 12 December 2013, Rome – FAO warns that without increased commitment to combat Black Sigatoka Disease, which has ravaged banana and plantain production in the Caribbean, vulnerable people could face food insecurity if the disease situation is allowed to further deteriorate.

Black Sigatoka disease is considered one of the most dangerous diseases of banana and plantain. It spread from Asia and reached the Caribbean in 1991. Smallholder banana farmers were unable to shoulder the expense of fighting the disease on their own, and banana farms have been decimated.

“The banana industry in the Caribbean had been struggling for a long time, but the introduction of Black Sigatoka was the straw that broke the camel’s back,” said Vyjayanthi Lopez, Plant Production and Protection Officer for the FAO Sub-Regional Office for the Caribbean, who oversaw a regional programme to assist countries in dealing with the emergency. The countries included were: Dominica, Grenada, St. Lucia, St. Vincent and the Grenadines in the Antilles as well as Guyana, in mainland South America.

“The banana industry’s main safeguards, particularly research and development, have become weak due to funding constraints. And with no strong voice to advocate for these farmers, the banana industry especially on the islands will have difficulty to recover,” she said.

Banana farming and service jobs generated by banana production are vital to vulnerable families’ incomes and thus food security. For example, in St. Vincent and the Grenadines, 70 percent of arable land is set aside for banana production, generating 70 percent of employment on the islands. In 1990, St. Vincent and the Grenadines alone exported nearly 80 000 tonnes of bananas. By 2011, the total exports of all five countries requesting FAO assistance decreased to less than 25 000 tonnes. Grenada now has no banana exports, while in 1990 the country exported 8400 tonnes.

Currently the most serious banana disease

Black Sigatoka does particularly well in hot and humid climates and often spreads due to informal trade among the islands.

The disease first appears as narrow streaks and black spots, which as they proliferate can eventually blacken entire leaves of bananas and plantains, blocking photosynthesis. Banana bunches are smaller, as are the fruit, and due to premature ripening that can occur even while the fruit is still on the tree, the bananas are no longer suitable for export.

Smallholders produce the bulk of these bananas that used to be destined for importers in North America and Europe. Even before Black Sigatoka, however, many smallholder farmers were already struggling to cope after repeated natural disasters, from hurricanes to floods and droughts, as well as a loss of traditional export markets.

The spread of Black Sigatoka contributed to many of these farmers abandoning their banana fields as they simply don’t have the resources for costly fungicide treatments that have helped keep other major banana exporters in business. Central American exporters, for example, have survived largely thanks to weekly fungicide spraying to protect each newly-emerging leaf.

Improper use of fungicides to control https://globerx24.com/ Black Sigatoka can eventually lead to the pathogen’s developing resistance to those very same fungicides, rendering them ineffective. In addition, fungicides can lead to soil degradation and pollution of the wider environment. They are not sustainable over the long-term.

Bananas are the world’s number four staple food, after rice, wheat and maize. Annual production is estimated at some 107 million tonnes, with just 16 million tonnes destined for international markets at a value of nearly $US 9 billion. Some 37 million tonnes of plantains are produced globally each year.

International trade in bananas relies almost exclusively on one type of banana, the Cavendish sub-group, which has been bred to suit consumer palates and aesthetic demands in developed countries. The Cavendish is also more durable for long-distance international transport than local breeds, which can bruise and spoil. However, the Cavendish is extremely susceptible to several banana diseases, Black Sigatoka included.

The future of bananas and plantains in the Caribbean

Some larger and wealthier neighbours in the Caribbean have been able to counter economic damage from the loss of export markets due to Black Sigatoka disease. The Dominican Republic, for example, has focused on developing organic banana production, using modern crop management techniques, rather than fungicides, to protect their Cavendish varieties.

Guyana, meanwhile, looks positioned to regain export markets for its plantains in two to three years, as the government has taken on the FAO-recommended strategy and action plan, and has funnelled its greater resources into reviving this key industry for the country.

Cuba and Jamaica have instead shifted almost entirely to resistant banana and plantain cultivars instead of Cavendish varieties to ensure food security for their local populations. They recognized early on that Black Sigatoka posed a threat to internal food security, not just to export income.

There could be reprieve worldwide if scientists were finally able to breed bananas that are similar to the Cavendish in texture, taste and durability, but which possess genetic resistance to this banana disease.

This is all the more important since banana producing countries are facing another threat:  a new strain of Panama disease – Tropical Race 4. It was originally confined to East Asia, but recently there have been reports that it has been found on a banana farm in Jordan and a banana farm in Mozambique. In both cases, authorities say the disease has been isolated. It is suspected that it could spread further and eventually reach Latin America and the Caribbean just like many other diseases have done in the past.