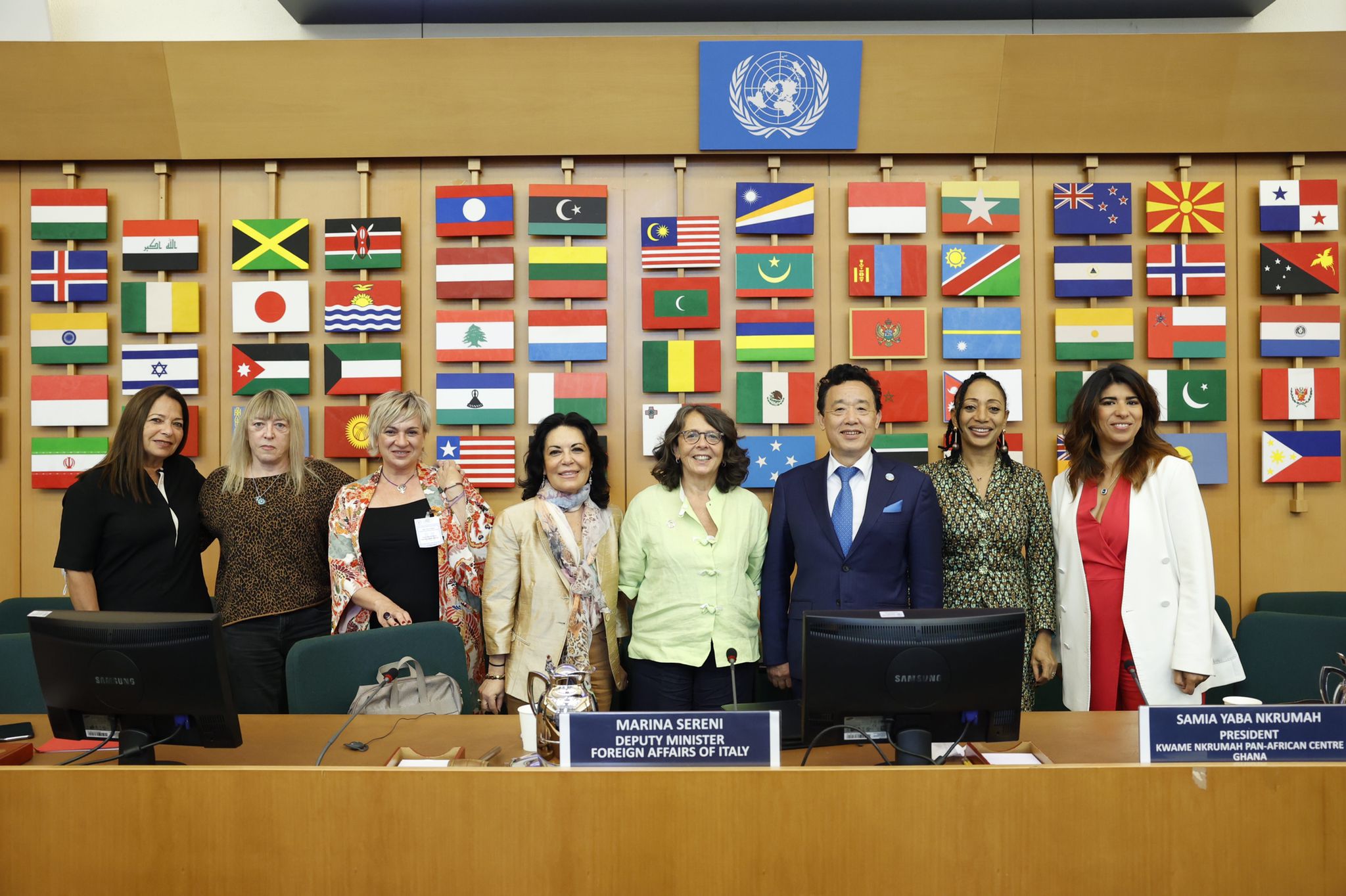 Rome – Overcoming gender inequality can play a key role in freeing the world from hunger and malnutrition, the Director-General of the Food and Agriculture Organization of the United Nations (FAO), QU Dongyu, said today amid evidence that the food security gap between men and women has widened.

“Women are key actors across agrifood systems, and key contributors to agricultural and rural development,” said Qu in his address to the inaugural High-Level Dialogue, which was brought together by the Food Coalition and was entitled The impact of global crises on food security: women as key agents in transforming agrifood systems. “But if we want to build agrifood systems that benefit all people, leaving no one behind, we must overcome gender inequality,” Qu added.

There is evidence that the underlying drivers of the increase in hunger witnessed over recent years – conflict, climate shocks and economic downturns – have hit women harder than men. The food security gender gap grew even larger during the year in which the COVID-19 pandemic spread across the world, with the prevalence of moderate or severe food insecurity 10% higher among women than men in 2020, compared to 6% in 2019.

The Director-General also noted that women comprise nearly half of the rural workforce in low-income countries. Yet “everywhere, rural women face gender-based constraints that limit their potential,” Qu said.

“We must act now to transform our agrifood systems for better production, better nutrition, a better environment, and a better life for all, leaving no one behind. To reach this objective we need the full participation of women in developing and implementing solutions,” Qu said.

FAO’s programs continue to prioritize rural women's engagement and leadership, and the organization is committed to achieving “equality between women and men in sustainable agriculture and rural development for the elimination of hunger and poverty,” as set out by its Policy on Gender Equality.

The Food Coalition, launched officially in November 2020, was created to facilitate unified global action in response to COVID-19.  Importantly, the role of the Food Coalition was also acknowledged in June 2021 by both the Matera Declaration and the G20 Rome Leaders’ Declaration. In light of the global food security crisis exacerbated by the war in Ukraine, the Food Coalition seeks to act as a global voluntary alliance open to all stakeholders who wish to act and accelerate the pace of change towards the transformation of agrifood systems.

The High-Level Dialogue, organized under the Advocacy for Solutions Pillar of the Food Coalition, also sought to discuss how conflicts, in particular the war in Ukraine, lead to increasing levels of food insecurity. In his opening remarks, the FAO Director-General reiterated: “Conflict remains the single greatest driver of hunger in food crisis hotspot countries,” in a reference to a report launched by the Global Network Against Food Crises (GNAFC).

The report showed that the number of people requiring urgent life-saving food assistance and livelihood support continues to grow at an alarming rate. Approximately 193 million people in 53 countries or territories experienced acute food insecurity at crisis or worse levels in 2021. This is an increase of nearly 40 million people when compared to the numbers reported in 2020, which already represented a record high.

FAO's Response to the Ukraine crisis