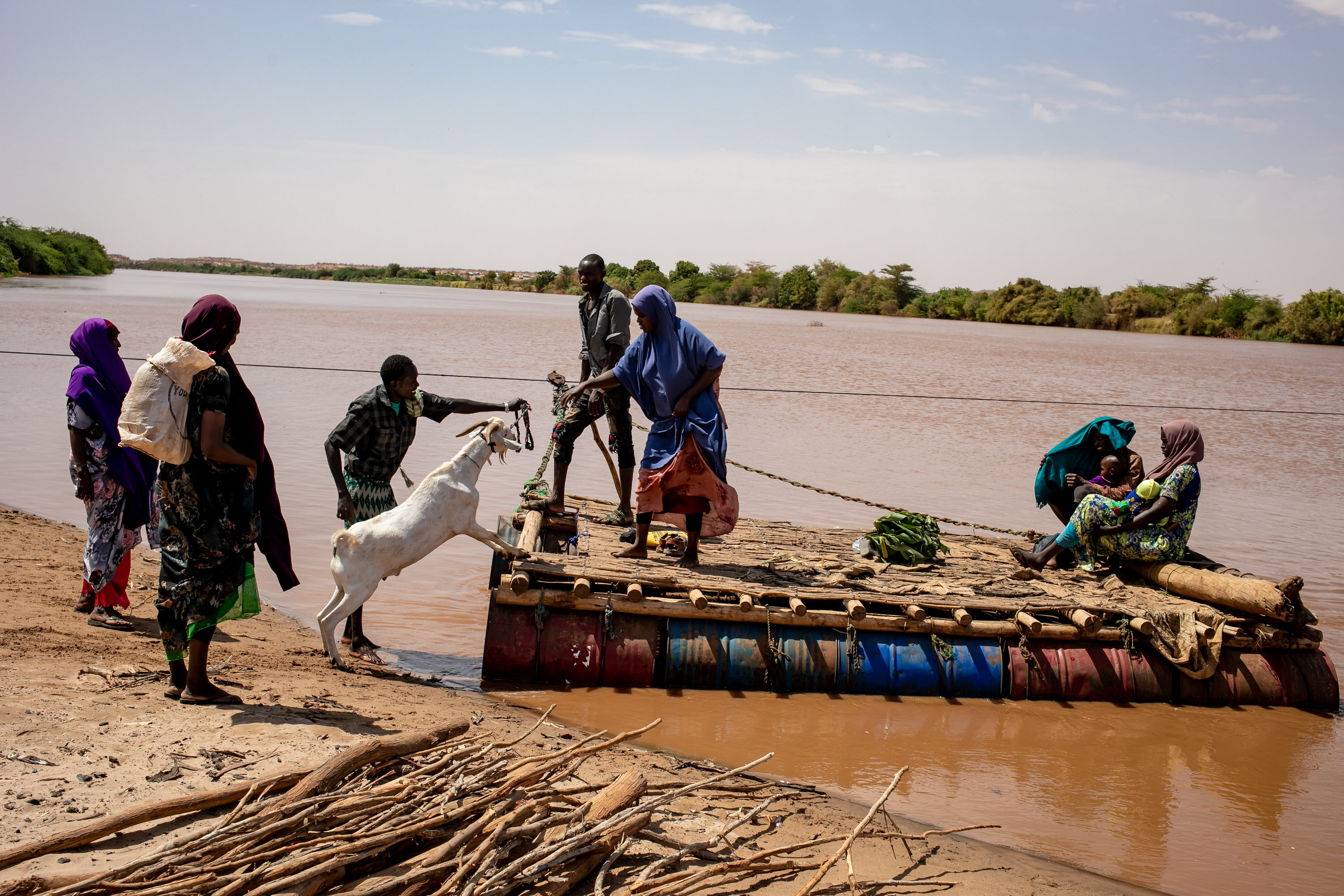 Taking a goat to market in Somalia.

“We must all work together to prevent such a scenario,” he said at the G20 Joint Finance and Agriculture Ministers Meeting.

Two successive global crises, the COVID-19 pandemic and the war in Ukraine, have along with other ongoing conflicts around the world produced a serious food access crisis, with the FAO Food Price Index showing rising prices for internationally traded food commodities, he said.

Declining stocks for some commodities, higher energy and fertilizer costs, poor weather conditions in several key producing countries, uncertainties related to trade policies, and risks associated with the ongoing conflict in Ukraine are all causes for concern, the Director-General said.

“Domestic food price inflation is of particular concern, especially for the poorest and most vulnerable who spend a higher share of their incomes on food,” he added, noting that most countries are experiencing retail food prices increases of between 10 percent and 30 percent on an annualized basis.

The weakening of many national currencies against the U.S. dollar is also contributing to increased food import bills, such that the 62 most vulnerable food-deficit countries “are buying less food, but paying higher bills,” Qu said.

The main drivers of food crises - amongst which he included inadequate  investment in agrifood systems - are expected to persist in 2023, when the high cost of energy inputs, production and trade may lead farmers to “produce less, export less and earn less,” triggering a food availability crisis, the Director-General warned.

He called on ministers to focus on supporting food access for all poor and vulnerable countries and populations, expanding social protection programmes and humanitarian assistance, committing to an open, predictable and well-functioning global market and trading system. Finance Ministers should maintain close dialogue with the Agriculture Ministers of the G20 members, he added.

A systematic map for the future

FAO’s Director-General welcomed the decision by the Executive Board of the International Monetary Fund to approve a “Food Shock Window” providing emergency financing for countries facing balance-of-payments problems related to the global food affordability crisis.

He noted it was very much in line with FAO’s own proposed Food Import Financing Facility (FIFF) and noted that it is still necessary to think about  making sure those countries not only get food in the short term but also add to their food production capacity efficiently.

Fertilizers are a point of special attention under Indonesia’s G20 Presidency, which will culminate in November with a Leaders Summit in Bali.

FAO stands ready to contribute technically to a mapping exercise and to agrifood system transformation, working with the World Bank and other international organizations, Qu said. “We must avoid duplicating ongoing efforts, but should build upon initiatives that have already proven to be valuable," he added.