Nearly 30 percent of the population are experiencing acute food insecurity, and will likely deteriorate further unless urgent assistance is provided 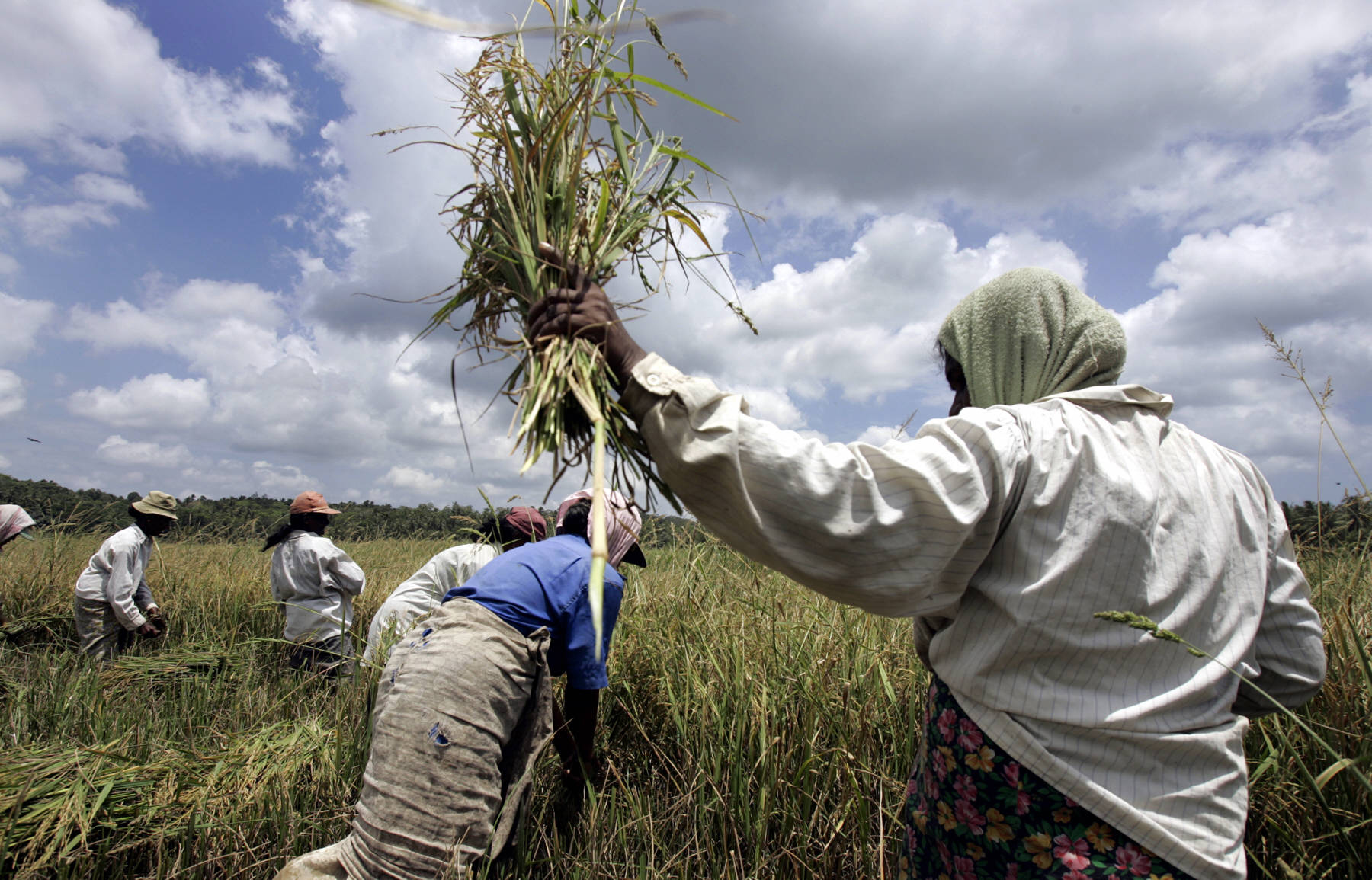 Farmers working in a rice field in Kudewella, Sri Lanka.

Colombo/Rome – An estimated 6.3 million people in Sri Lanka are facing moderate to severe acute food insecurity and their situation is expected to worsen if adequate life-saving assistance and livelihood support is not provided, the Food and Agriculture Organization of the United Nations (FAO) and the United Nations World Food Programme (WFP) warned today in a new report.

Two consecutive seasons of poor harvests led to a nearly 50 percent drop in production coupled with reduced imports of food grains due to foreign exchange constraints, according to the joint FAO/WFP Crop and Food Security Assessment Mission (CFSAM) report.

The report notes that immediate food assistance and livelihood programmes - including through existing social assistance mechanisms – are critical to enable households to access nutritious food - particularly moderately and severely acute food insecure ones.  Without assistance, the food security situation is expected to deteriorate further, particularly during the October 2022 to February 2023 lean season, driven by poor harvests of staple foods, in particular paddy rice, and the ongoing economic crisis.

“In order to avert a further deterioration of food security conditions and to support restoration of agricultural production, livelihood assistance targeting smallholder farmers should remain a priority,” said FAO Representative in Sri Lanka Vimlendra Sharan. “With around 30 percent of the population depending on agriculture, improving the production capacity of farmers will ultimately boost the resilience of the agricultural sector, reduce import requirements amid shortages of foreign currency reserves and avert the rise in hunger.”

“Months into this crippling economic crisis, families are running out of options - they are exhausted. More than 60 percent of families are eating less, and eating cheaper, less nutritious food. This comes at a time when financial constraints have forced the government to scale back on nutrition programmes, such as school meals and fortified food to mothers and undernourished children. WFP’s top priority is to provide immediate food and nutrition assistance to the most at-risk communities to prevent a further deterioration of their nutrition,” said WFP Representative and Country Director in Sri Lanka, Abdur Rahim Siddiqui.

At the request of the Government, the joint Crop and Food Security Assessment Mission visited all 25 districts in the country between June and July 2022 to analyze agricultural production levels in 2022, particularly of main staple cereals, as well as to assess household food security conditions.

A severe macro-economic crisis in Sri Lanka has caused acute shortages and spikes in the prices of essential products, including food, agricultural inputs, fuel and medicine, severely compromising the economic activity, with major disruptions to agricultural production.

Production of paddy rice, the main food staple, is forecast at 3 million mt in 2022, the lowest level since the 2017 drought-affected harvest, mostly due to low yields following reduced application of fertilizers, the report finds.

Production of maize, mostly used as animal feed, is about 40 percent below the past five-year average, with negative effects on poultry and livestock production. Likewise, production of vegetables, fruits and export-oriented crops, such as tea, rubber, coconut and spices, is well below average, causing a significant decline in households’ income and export revenues.

Prices of most food items have been on a steady rise since the last quarter of 2021 and reached a new record high in August 2022, with the year-on-year food inflation rate at nearly 94 percent.

The key recommendations by the joint FAO/WFP Mission are the immediate provision of food or cash-based assistance to vulnerable and marginalized communities, including pregnant and breastfeeding women, women-headed households and persons with disabilities, to help them meet their immediate food and nutrition needs. The report also recommends the immediate provision of agricultural inputs, including fertilizers, focusing on smallholder farmers. The report outlines the need to support households establish home gardens and backyard gardening to enhance their nutritional status, while providing adequate amounts of fuel to ensure effective planting, harvesting, transportation and processing of food crops.

The report suggests providing high-nutrient animal feed, vaccines and veterinary health kits at subsidized price to livestock owners, especially dairy and poultry to mitigate the impacts of the feed shortages. Support for the resumption and continuation of national nutrition programmes such as school meals, which faced disruptions due to funding constraints, were also highlighted as a priority.

FAO’s work in Sri Lanka during this crisis

Together with its partners, FAO in Sri Lanka is addressing urgent food security needs, protecting the livelihoods of vulnerable farmers and fishers in the most affected districts while promoting urban agriculture. To strengthen production capacity of the small holder farmers, FAO is providing fertilizer packs for over 15000 smallholder farmers in five of the poorest districts in the country. Plan for assisting another 116,800 small holder farmers with fertilizer supply is being finalized.  Nearly 7000 most vulnerable small-scale marine artisanal fishers have been provided with unconditional cash transfer to meet their immediate food needs. To strengthen livelihoods 8,700 smallholder green gram farmers are being trained on improving yield and will receive a one-time cash transfer to ensure they meet their essential needs without resorting to negative coping strategies.  FAO is also encouraging urban agriculture to strengthen food security for the urban poor in Colombo through the provision of agriculture kits, nutrition packs and comprehensive training on establishing home gardens and community garden initiatives for up to 600 urban poor households. Donor funding to scale up these and other similar activities is being sought.

WFP kicked off its emergency response operation in June with the distribution of vouchers valued at around $40, to pregnant women in the underserved sections of the capital city, Colombo - roughly half the cost of a nutritious diet for a family of four for a month. WFP aims to reach 3.4 million people by end of year, including 1.4 million people through cash, vouchers, or food. This targeted assistance will focus on the most vulnerable and marginalized communities, including pregnant and breastfeeding women, people with disabilities and chronic illnesses, women-headed households, and low-income households with more than four members registered in the national social protection scheme, Samurdhi. WFP will also support one million schoolchildren enrolled in the national school feeding programme, which has faced disruptions due to Government funding constraints. WFP will assist in the continuation of the Thriposha programme which provides fortified food to pregnant and breastfeeding mothers and undernourished children under five.