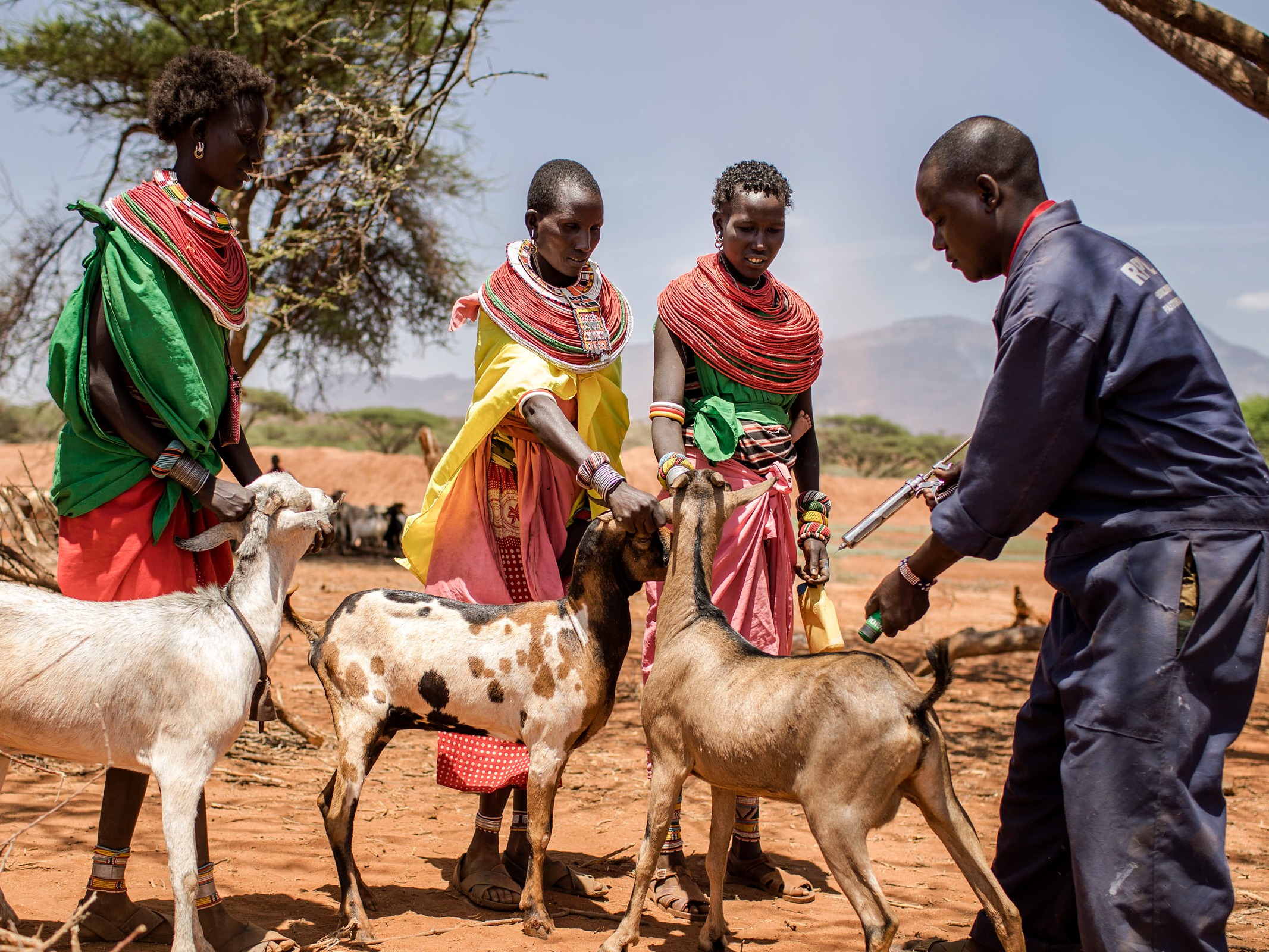 Animals are still being vaccinated despite challenges

The Food and Agriculture Organization (FAO) today called on donors and Members to increase funding to fight Peste des Petits Ruminants (PPR), which the United Nations agency,  together with the World Organisation for Animal Health (OIE), aims to eradicate by 2030.

PPR, also known as sheep and goat plague, is a fast-spreading viral disease that affects and kills small ruminants, mostly goats and sheep, in over 70 countries in Africa, the Near East and Asia. Its global economic impact is estimated at up to $2.1 billion, with over 300 million of the world’s poorest rural families depending on small ruminants for their livelihoods.

FAO, the OIE and partners have been tasked with helping eliminate the disease by 2030, with the first phase of the PPR Global Eradication Programme supported mainly by the affected countries, who have contributed to date almost $1 billion. Funding commitments to secure $340 million for the critical second phase, scheduled to begin in 2022, are needed.

While the mortality rate of PPR can be as high as 80 percent, as experienced in unvaccinated herds in Kenya between 2006 and 2008, eradicating the disease is possible using current vaccines. The necessary tools are already available. Diagnostic tests are accessible and there are currently 25 active PPR vaccine producers that have the capacity to produce the doses needed to get rid of the disease worldwide.

“We need even stronger political commitment, and scaled-up efforts,” FAO Director-General QU Dongyu told a meeting of donors and FAO Members in Rome.

PPR has the potential to affect 2 billion (80 percent) of the global small ruminant population in infected and at-risk countries. PPR is also a threat for wild small ruminants in some countries.

During the COVID-19 pandemic, some 50 million doses of the vaccine have been administered by FAO in a number of countries, including Central Africa Republic, Eritrea, Georgia, Guinea, Kenya, Kyrgyzstan, Liberia, Sierra Leone, South Sudan, Syria, Tanzania, and Yemen. FAO Members have demonstrated a high commitment to PPR control, providing $640 million (66 percent) of the requirement for PPR control in the first phase of the PPR Global Eradication Programme (2017-2021). In the meantime, OIE also contributed to the delivery of 19 million doses in 3 countries (Burkina Faso, Mauritania, Togo) through its vaccine bank mechanism.

However, more commitment is needed if we want to achieve global eradication by 2030.

The COVID-19 pandemic has further complicated matters by increasing the cost of shipping and delivering vaccines almost two-fold.

Still, over 600 frontline veterinarians have been trained in PPR control in infected and at-risk countries; almost 5,000 copies of manuals and guidelines have been distributed; and the capacity of PPR vaccine production laboratories has increased at least 5-fold since 2019. Latest surveillance shows that immunity levels have increased, and total disease outbreak numbers have reduced.

The Joint FAO/IAEA Centre of Nuclear Techniques in Food and Agriculture and its agriculture and biotechnology laboratories have been building capacities for diagnosis and surveillance. The OIE is the key partner in the global eradication of PPR and the programme is implemented under the GF-TADS framework of the two organizations.