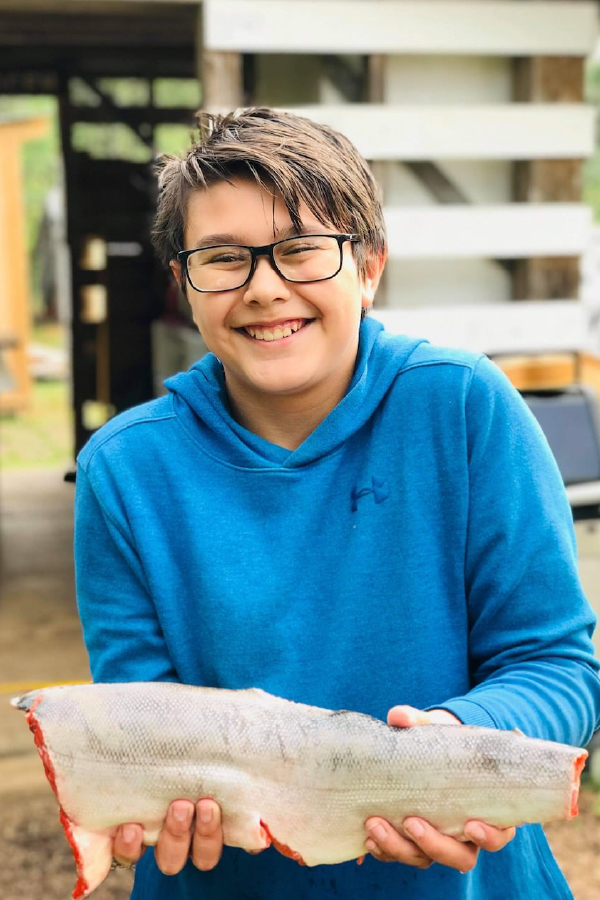 "When we start returning lands to Indigenous Peoples and rebuilding Indigenous economies, everybody benefits. That’s the Tea Creek vision - healthy resilient Indigenous communities and an economy based on abundant food."

When Jacob and Jessica Beaton traded suburban life for a 140-acre farm in British Columbia, they relied on YouTube videos to learn how to plant their vegetables. Four years and a global pandemic later, they’re growing thousands of kilos and leading a food-sovereignty revival in Indigenous communities on the west coast.

Jacob and Jessica are the founders of Tea Creek, an Indigenous-led training hub that provides a culturally safe space for local First Nations to learn a variety of skills.

After witnessing local food supply chains break down during COVID-19 and significant fires and flooding, the two grew more concerned about food sovereignty in their new home in Gitxsan Territory.

The turning point came when local Indigenous leaders reached out, asking them to grow food for their communities. In response, the couple opened up their farm and began to teach.

“There’s a shortage of farmers and farmlands,” says Jacob, who is Tsimshian.

Fewer than 1 percent of food producers in Canada are Indigenous. Meanwhile, nearly half of all Indigenous households in Canada have trouble putting food on the table and healthy products are significantly more expensive in Native communities than urban centres.

Indigenous Peoples in Canada are a young, fast-growing population, Jacob says, they are two times more likely to want to live rurally in their territory and five times more likely to be entrepreneurial in areas including farming and food production – if given the opportunity.

In 2021, the first year of full-scale operation, Tea Creek hosted more than 1 000 Indigenous guests, served more than 6 000 meals and produced food that was given to local communities, guests, staff and trainees.

So far, 84 Indigenous trainees have graduated from their programme and continue to produce food, build local greenhouses and family gardens.

To revitalize the food security and health in Indigenous nations across Canada, Jacob and Jessica are advocating for changes in policies, financing, and land ownership that inhibit Indigenous Peoples across the country.