Uganda experiences the effects of climate change in the form of increased temperatures, frequent disease outbreaks and insect infestations, disrupted rainfall patterns, and frequent floods and droughts. While Uganda has progressively undergone social and economic growth and transformation, consequently reducing its poverty rate by 23 percent over the last two decades, sustained gains will require continued investments in agriculture, and the inclusive participation in the economic growth of women as well the population reported poor in 2019. With 81 percent of the population engaged in rain-fed subsistence farming for food and cash income, the country’s reliance on rain-fed agriculture remains a risk to economic growth, income of farmers, as well as export earnings. Agriculture contributes up to 40 percent of Uganda’s total GDP and over 90 percent of the country’s foreign exchange earnings. The agriculture sector contributes to 27 percent of emissions, followed by the land-use and forestry sector with approximately 60 percent of emissions.

Uganda has undertaken steps to implement the Nationally Determined Contribution (NDC) and increase its ambition. The country developed its latest NDC through inclusive and participatory processes and aligned the NDC with its climate-resilient, long-term emission strategy. Most significantly is Uganda’s formulation of the National Climate Change Act 2021 to give the force of law to the Paris Agreement.

Based on the first and updated interim NDC, Uganda continues to prioritize adaptation as the first response to climate change and aims to strengthen mitigation actions, starting with the expansion of extension services and climate-related information. The country is committed to working on reducing climate change vulnerability and addressing climate actions in several key economic sectors including energy, waste, and industrial processes and product use (IPPU). As well the agriculture and livestock, forestry, sustainable land management (SLM), and sustainable natural resources management (mainly wetlands and natural forests restoration, open water bodies protection), are considered as the country’s greatest source of emissions. The country will scale up to increase resilience and adaptability at the community level and leverage synergies with the county’s land-based mitigation goals.

Overcoming barriers in the implementation of climate plans

Uganda experiences different types of barriers in achieving its agriculture climate goals mainly in the cattle corridor and the agriculture and land use sectors. Smallholder farmers and particularly women, youth and poorer households are facing challenges to implement climate adaptation and mitigation measures such as erratic food prices, limited knowledge and skills for climate smart agriculture, and lack in transportation and processing infrastructure. Moreover, limited agricultural insurance schemes, inadequate access to finance and limited access and control of land and other production resources make it hard for them to invest in climate action plans. The limited integration and coordination mechanisms among relevant actors and policy gap related to food quality and safety are the main challenges faced at a governance level.

With the support of the SCALA programme, Uganda is moving towards the implementation of its agriculture and land use transformative priorities in its NAP and updated NDC. The country aims to further mainstream gender-responsiveness in the implementation of both the agriculture NAP and the updated NDC, through multi-stakeholder engagement in the cattle corridor. According to the discussion held during the inception workshop and the orientation of the theory of change, the SCALA programme supports the integration of climate resilience and adaptation information into the agricultural extension system, especially at the local government levels. SCALA also supports the government to promote crop varieties and livestock breeds that are better adapted to the production practices and weather variability in the cattle corridor. To address challenges associated with rain-fed agriculture, and expected variability in rainfall, SCALA can help Uganda develop an irrigation policy to ensure sustainable access to water and its efficient use for enhanced crop production and profitability for smallholder farmers. The programme generally focuses on strengthening the sub-national-to-national linkages during planning, implementation and monitoring processes of adaptation and mitigation actions, with an emphasis on promoting private sector investment in climate-resilient agriculture in the cattle corridor. 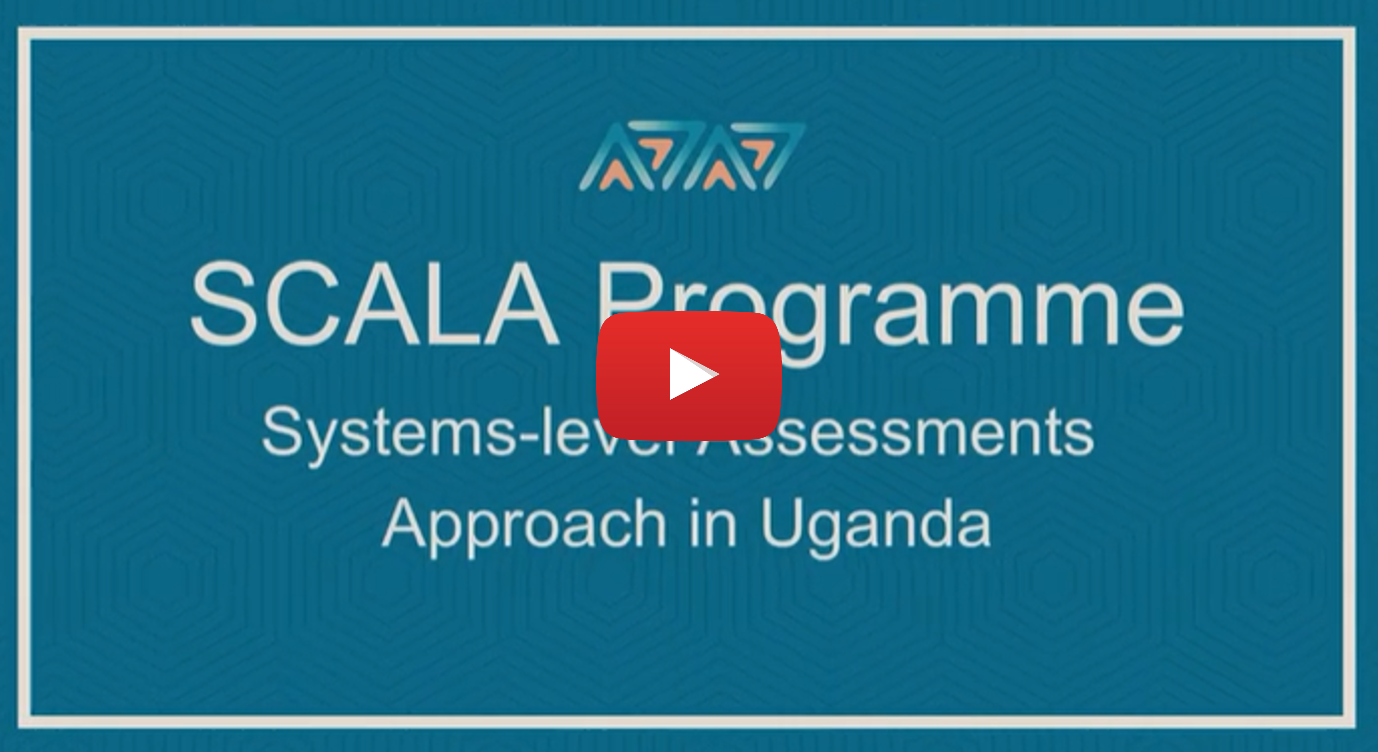