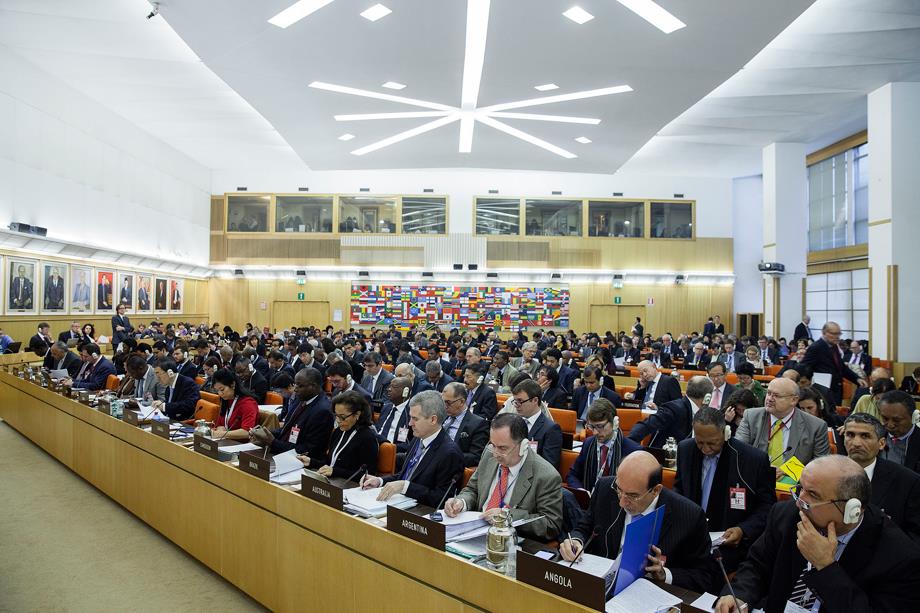 4 December 2015, Rome-The FAO Council has welcomed the Organization's budgetary focus and renewed emphasis on themes such as climate change and nutrition that cut across traditional disciplines and technical divisions.

The Council, after a week-long session, also welcomed FAO's work with the Sustainable Development Goals (SDGs) approved at the United Nations this autumn. FAO is uniquely present in almost all of the 17 SDGs, particularly in concrete support measure at the country level and its strategic framework is already aligned to the SDGs.

The Council also expressed appreciation for how resolutions approved over the summer by the FAO Conference - in which all member states are represented - are being implemented on the budget, geographic and managerial fronts.

The Council said Director-General José Graziano da Silva's proposed adjustments to FAO's biennial Programme of Work and Budget - including a $2.7 million in spending cuts on top of almost $100 million found since 2012 - "reflected fully" the Conference's guidance, and expressed appreciation for how the required savings have been identified without affecting planned field operations. In a trend that has gained pace since March, the approval was consensual.

It also supported the "consolidation of decentralization" that FAO has been carrying out in an effort to better meet member states' needs and slim down administrative costs. The Council asked for a comprehensive analysis of FAO's network of offices by 2016.

The Council stressed the importance of such cross-cutting themes, citing governance alongside nutrition and climate change as examples.

"Management is committed to continue transforming FAO for the better," Graziano da Silva told the Council while thanking members for their consensual support.

He also briefed them on FAO's activities at the UN Climate Change summit in Paris, emphasizing how various objectives - reducing poverty, eradicating hunger, bolstering agriculture - all ultimately depend on each other and on successful efforts to cope with climate change.