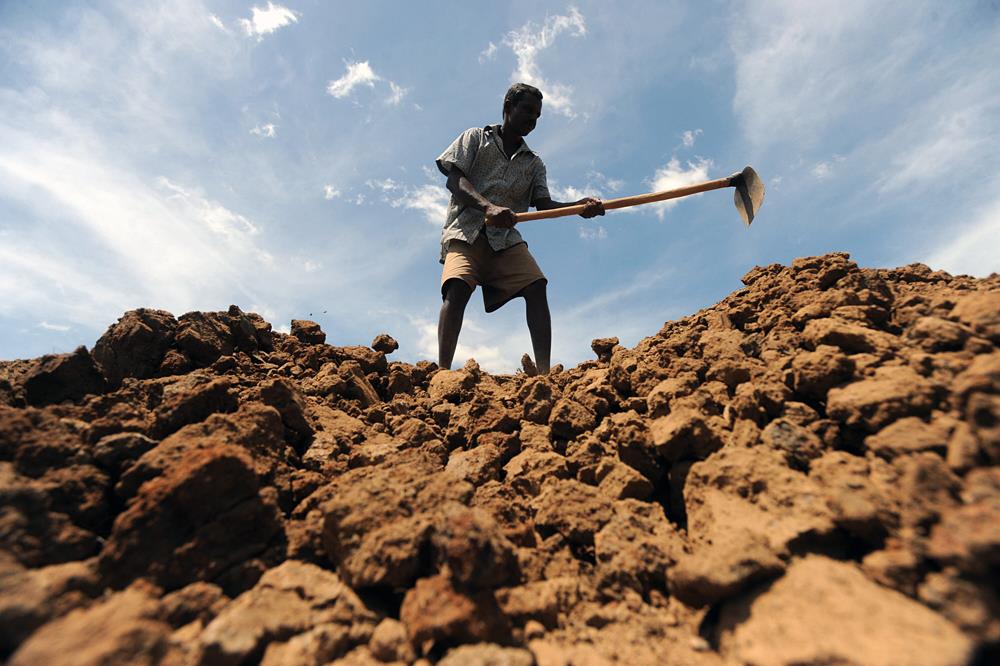 Health soils are the foundation of food security.

05/12/2013
5 December 2013, Rome - More attention to the health and management of the planet's soils will be needed to meet the challenge of feeding a growing world population while coping with climate change and increased scarcity of natural resources, FAO Deputy Director-General Maria Helena Semedo today told a group of leading soil scientists and research organizations gathered at the UN agency's Rome headquarters to mark World Soil Day.

"The importance of soil for food security should be obvious. From the origins of civilization in early farming communities up through today, we can see how societies have prospered thanks to healthy soils and declined when their lands became degraded or infertile," said Semedo.

Healthy soil is not only the foundation of food production, but serves other functions, she noted: for example, soil is critical to the health of ground and surface waters and ecosystem health, and sequesters twice as much carbon as is found in the atmosphere.

"Yet until recently, soils were the most overlooked and widely degraded natural resource. Today that state of affairs that has at last begun to change, with World Soil Day poised to be recognized by the United Nations and a new, international Global Soil Partnership tying you all together," Semedo told meeting participants.

Mr. Rapibhat Chandarasrivongs, Permanent Representative of Thailand to FAO, also spoke at the event, saying: "Soil is the foundation of agriculture. The significant roles of soils in food production are widely recognized. But the contributions of soils to food security and food safety are relatively less considered. Now, the time is right to redress this lack of recognition."

The government of Thailand has been a leading proponent of the UN officially establishing December 5 as "World Soil Day" as a way to raise awareness of the importance of this natural resource to agriculture, biodiversity and the climate. The UN General Assembly is currently considering the proposal, endorsed in June by the FAO Conference.

A critical resource, under pressure

Around the world, soil is under pressure: FAO studies have found that one quarter of the Earth's land areas are highly degraded due to a variety of human activities - including farming.

Currently some 1.6 billion hectares of land are used to grow crops, and in many instances have become degraded through bad practices that result in water and wind erosion, the loss of organic matter, topsoil compaction, salinization and other forms of pollution, and nutrient loss.

Central to discussions at FAO today was the need to update global data bases related to soil health condition. A joint FAO world survey of the state of soils assembled during the late 1970s and early 1980s is still the only globe-spanning data reference on soils.

FAO's recently established Global Soil Partnership (GSP) is working to establish a new global soil information system, which will begin functioning by 2014 and is expected to be fully operational within four years.

A number of organizations participating in today's event are playing an important role in that process.

Also during the event at FAO, the Geological Surveys of Europe (EuroGeoSurveys, EGS) launched a new database providing previously unavailable information on the chemical composition and quality of soils in 33 European countries, including the presence of naturally occurring as well as man-made pollutants.

Up till now, most soil mapping projects have focused on fertility. EGS's Geochemical Mapping of Agricultural and Grazing Land Soil (GEMAS) project is unique in its focus on quality and contamination. This is new territory for soils science and one which will figure prominently in the work of FAO's Global Soil Partnership.

"More data are needed in order to make a full scientific assessment of diffuse soil contamination and its potential links with food quality. The newly established Intergovernmental Technical Panel on Soil (ITPS) provides the necessary independent scientific advice in order to support policy decisions in relation to soil quality and food safety. Healthy soil provides healthy food," said Luca Montanarella, Chair of the GSP's Intergovernmental Technical Panel on Soils, during a keynote speech on this topic.."

And the Youth and United Nations Global Alliance (YUNGA) announced the creation of a new "soil badge" that scouts and other students can earn by completing a series of educational activities focused on soil and soil management.