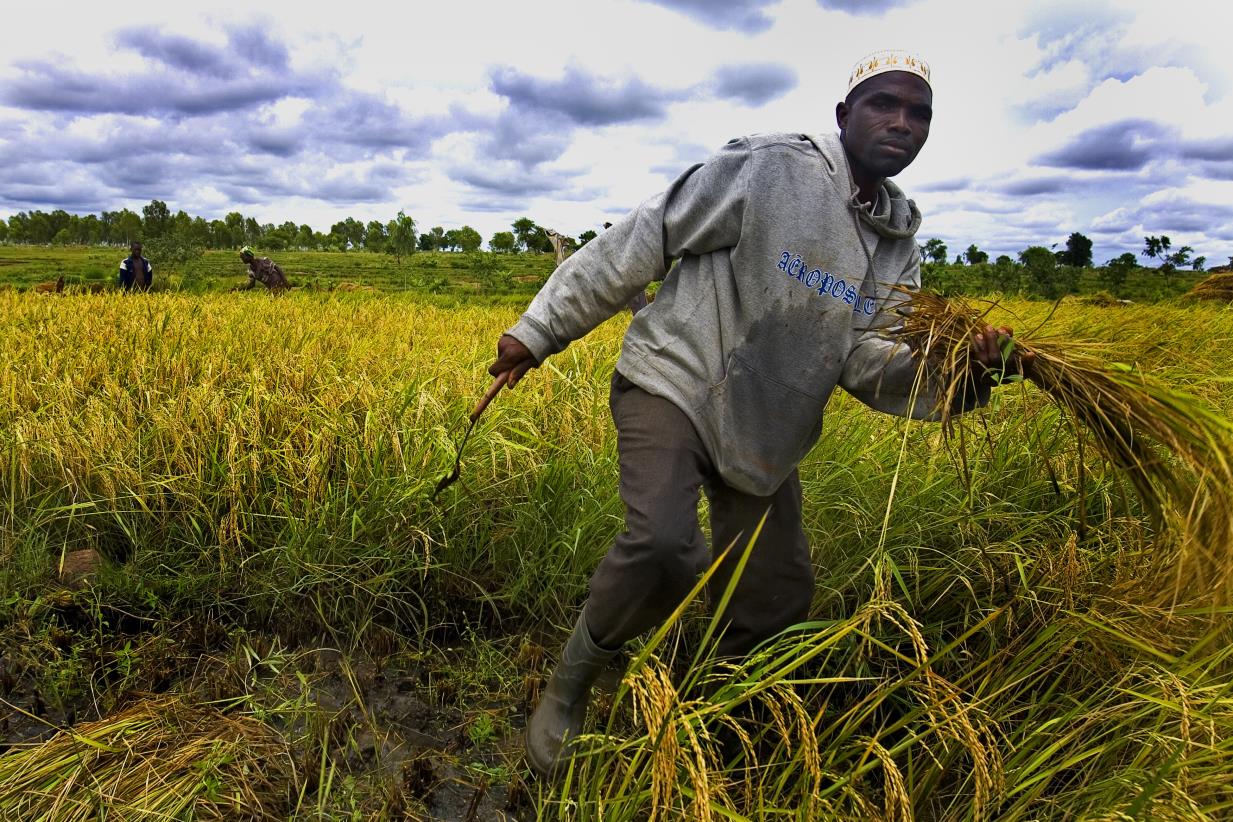 10/05/2021
10 May 2021, Rome and virtual locations - The Director-General of the Food and Agriculture Organization of the United Nations (FAO), QU Dongyu, warned that severe underfunding of the agri-food sector was preventing Africa from reaching its potential. He spoke at the launch of FAO's latest report, Public Expenditure on Food and Agriculture in sub-Saharan Africa, which reveals the gap between long-standing political commitments and financial reality in 13 sub-Saharan African countries. He noted that the report was based on "rigorous analysis over the last 15 years, made possible thanks to strong collaboration with our Members in the region."

Meeting in Maputo in 2003 (and again in Malabo in 2014), African Union member states pledged to devote 10 percent of their national budgets to food and agriculture, in an effort to fuel social and economic growth. Yet nearly two decades on, this pledge remains unfulfilled.

"Let's unblock the bottlenecks that are holding back potential by increasing coordination and upskilling human capacity in African nations," the FAO Director-General urged. "And let's unlock funds and streamline public financial systems, so that the scarce resources we have do not go unspent."

Of the countries surveyed by the Monitoring and Analysing Food and Agricultural Policies (MAFAP) programme - an FAO initiative that also tracks public expenditure in Africa - only one, Malawi, has consistently met the 10 percent target; one other, Mali, has met it in some years; the remaining 11 (Benin, Burkina Faso, Burundi, Ethiopia, Ghana, Kenya, Mozambique, Rwanda, Senegal, Tanzania and Uganda) have not succeeded in doing so. In some cases, food and agriculture receive only three percent, or just over, of the national budget. Moreover, the report found that on average, of the little money made available for food and agricultural development, over a fifth remains undisbursed due to insufficient implementing capacity. Agriculture, the report suggests, is being implicitly penalized.

Presenting the report's findings, Marco V. Sánchez, Deputy Director of FAO's Agri-food Economics Division, outlined research showing that technical efficiency in agriculture increases dramatically as spending nears US$ 80 per capita, after which it begins to taper off: but most African countries are nowhere close to that amount. Sánchez acknowledged there was "narrow fiscal space" to expand public investment in Africa, all the more so in the context of the COVID-19 pandemic - but argued that even where it was impossible to spend more money, it remained possible to spend it better and generate efficiency gains.

The report found that the lion's share of national expenditure on food and agriculture in Africa goes to subsidizing inputs (fertilizer, tools and suchlike), which Sánchez said tend to exhibit diminishing returns over time; while research and development, which holds greater development potential, has been neglected. "Funding needs re-directing to areas with the highest payoffs," Sánchez concluded - research and development, but also infrastructure and extension (or farmer education) services.

Fellow speakers (representatives of national governments or international bodies, as well as experts) welcomed FAO's effort to burrow down into the actual distribution of expenditure within African agri-food budgets - as opposed to other reports' softer focus on aggregate levels of spending.

Two ministerial officials from Kenya and Burkina Faso, Thule Lenneiye of Kenya and Yassia Kindo of Burkina Faso, discussed experiences from their respective countries. Lenneiye outlined moves to involve women and youths in agricultural value chains, taking the female-dominated Kenyan tea-producing sector as a model, to create private sector-friendly initiatives such as agri-business accelerators which are facilitated, but not funded by government. "We need to move from direct monetary support to providing incentives," she said. For his part, Kindo described a depleted national budget which could not survive without foreign donor support, amid low budgetary execution, poor agricultural yields and a food system dominated by imports.

Speaking to the broader African experience, Godfrey Bahiigwa of the African Union (AU) said it was no surprise that hunger and malnutrition had increased on the continent. He also pledged a unified AU position at the United Nations Food Systems summit later this year.

Governments prefer to allocate funding where the impact can be seen immediately, for example by subsidizing fertilizer, argued economist Tewodaj Mogues of the International Monetary Fund (IMF) - rather than to research and development, which has "notoriously long gestation periods". The challenge is to "increase the public visibility of investment areas that are more efficient," she said.

Apollos Nwafor of the Alliance for a Green Revolution in Africa (AGRA) spoke of the need for enabling policies - as much as increased budgets - that provide "flagship agricultural projects for the private sector and civil society to rally around"; while Shenggen Fan of the China Agriculture University warned against invoking inefficiency in African agri-food systems as a barrier to investment by external partners. "Efficiency improvement needs capacity, and capacity needs investment."

Leonard Mizzi of the European Commission, insisted on inter-ministerial dialogue: "Food and agriculture are not just a matter for agriculture ministries," he said, in a context of competition for resources exacerbated by the COVIDF-19 pandemic. "Business as usual will send us hurtling into a wall," he added, echoing the general call for transformative approaches to food security in Africa.

It was left to the Chief Economist of FAO, Máximo Torero, to wrap up the event by stressing the imperative of generating quality data to guide agricultural investment decisions - with today's report a significant step along that path. Public investment should be monitored by results, he concluded, and in turn act as a catalyst for private investment.

The Monitoring and Analysing Food and Agricultural Policies (MAFAP) programme is an FAO initiative that collaborates with countries in sub-Saharan Africa and South Asia to establish nationally-owned systems to monitor, analyse and reform food and agricultural policies. Supported by the Bill and Melinda Gates Foundation and other donors, MAFAP's indicators and analyses are used to inform targeted food and agricultural policy reforms that create a more conducive environment for investment in agri-food systems.