From data to drops: Optimizing water use is key for agrifood systems 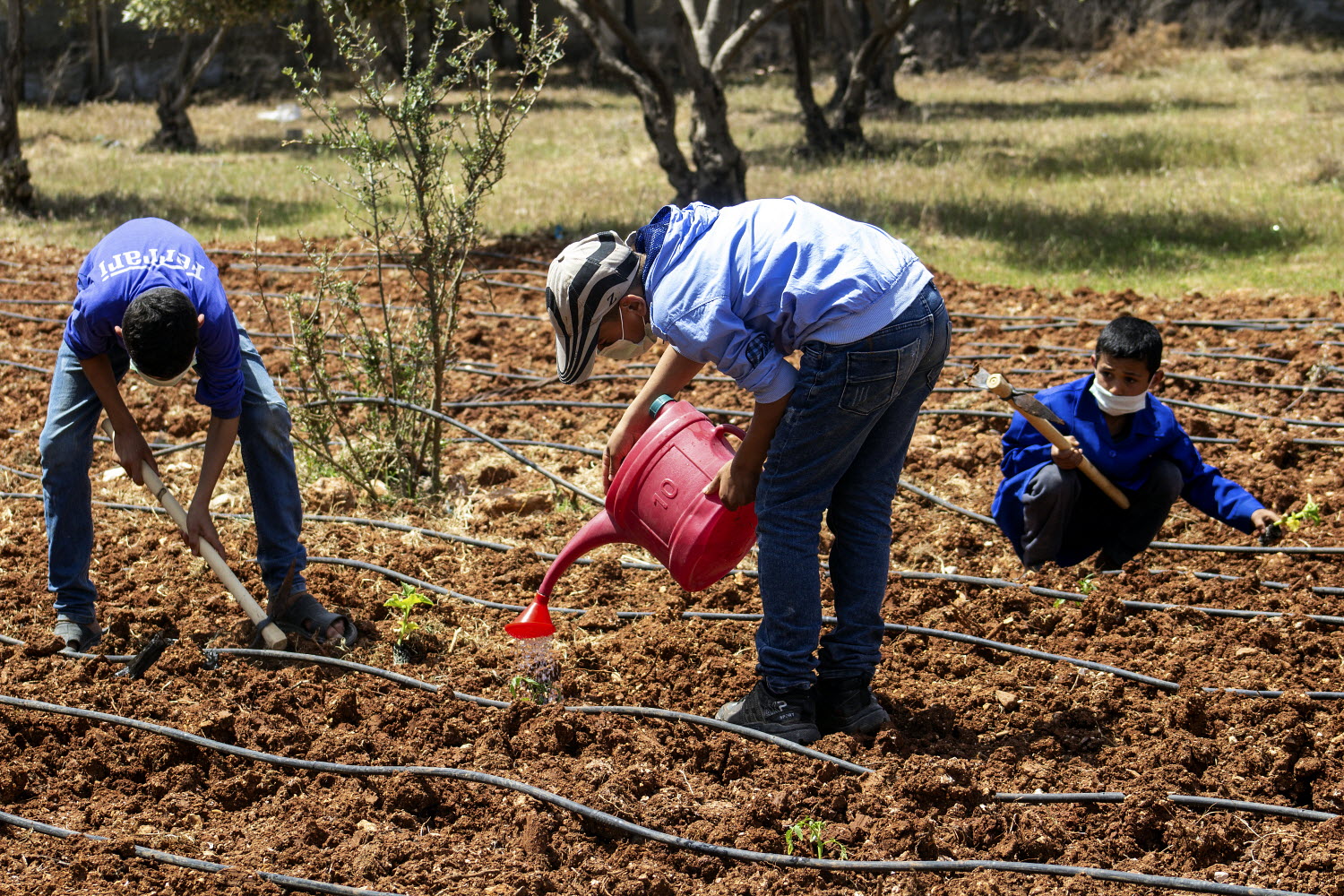 An irrigated field in Syria.

22/09/2022
New York/Washington - A whopping 85 percent of the increase in global cropland over the last decade was irrigated land, highlighting the importance of greater agricultural yields to feed the world and also the urgency of efficient use of water, QU Dongyu, Director-General of the Food and Agriculture Organization of the United Nations (FAO), today said to a ministerial-level event, “Act on Water to Feed the World: Sustainable Water Allocation to Create a Food Secure World for all”, organized by the Netherlands and Tajikistan, on the sidelines of the 77th UN General Assembly.

Irrigation brings higher yields yet at the same time producing food for a growing population increases pressure on water resources. Numerous droughts and associated water shortages around the world this year have underscored the importance of finding solutions, Qu noted.

Liesie Schreinemacher, Minister for Foreign Trade and Development Cooperation of the Netherlands, hosted the event in a bid to explore possibilities and identify ways to improve alignment between water policy, allocation and management under the aegis of food security goals. As a result the Minister announced $5 million from the Kingdom of Netherlands for FAO’s WaPOR project to support the water action agenda to make food and drinking water available to all ahead of the UN 2023 Water Conference that will be hosted by the Netherlands and Tajikistan.

“Clean and plentiful water is critical for agriculture and for ending hunger, a core FAO mandate,” said the Director-General, speaking live from Washington D.C. He stressed that as agriculture already accounts for more than 70 percent of global freshwater withdrawals, the sector “must produce more nutritious food with less water, and with less inputs overall, to avoid negative environmental impacts,”

FAO works with its Members and partners to find solutions to improve water use.

Among FAO’s projects are modernization plans for large-scale irrigation schemes to make rain-fed agriculture more resilient and productive, as well as technical work to support sound water policies and investments in infrastructure and research.

One of FAO’s ongoing initiative is the WaPOR project in Africa and the Near East, which monitors Water Productivity through Open Access Data. The system uses satellite remote sensing to monitor water use and crop production on a granular scale, providing information that helps policy makers make informed decisions, prepare for drought, and optimize farm outputs.

“WaPOR is a digital public good that can be used in irrigated areas to calculate where water productivity is high or low, allowing targeted action. It shows how big data can benefit smallholder farmers,” the Director-General said.

He expressed his appreciation to the Government of the Netherlands for its generous and continuing support for the project, which will help expand WaPOR’s geographic coverage and capacity. The additional funding will allow for a global expansion of the database as well as the addition of two new partner countries in Asia and Latin America to the current 10 countries in Africa and the Near East.

“We need to do more,” Qu added, stressing the need to ensure that innovative technology, science, innovation and good practices are freely available to farmers everywhere.

Read FAO’s latest SOLAW report: The state of the world’s land and water resources for food and agriculture. Systems at breaking point