G20: Actions now to feed the world and save the planet, urges FAO 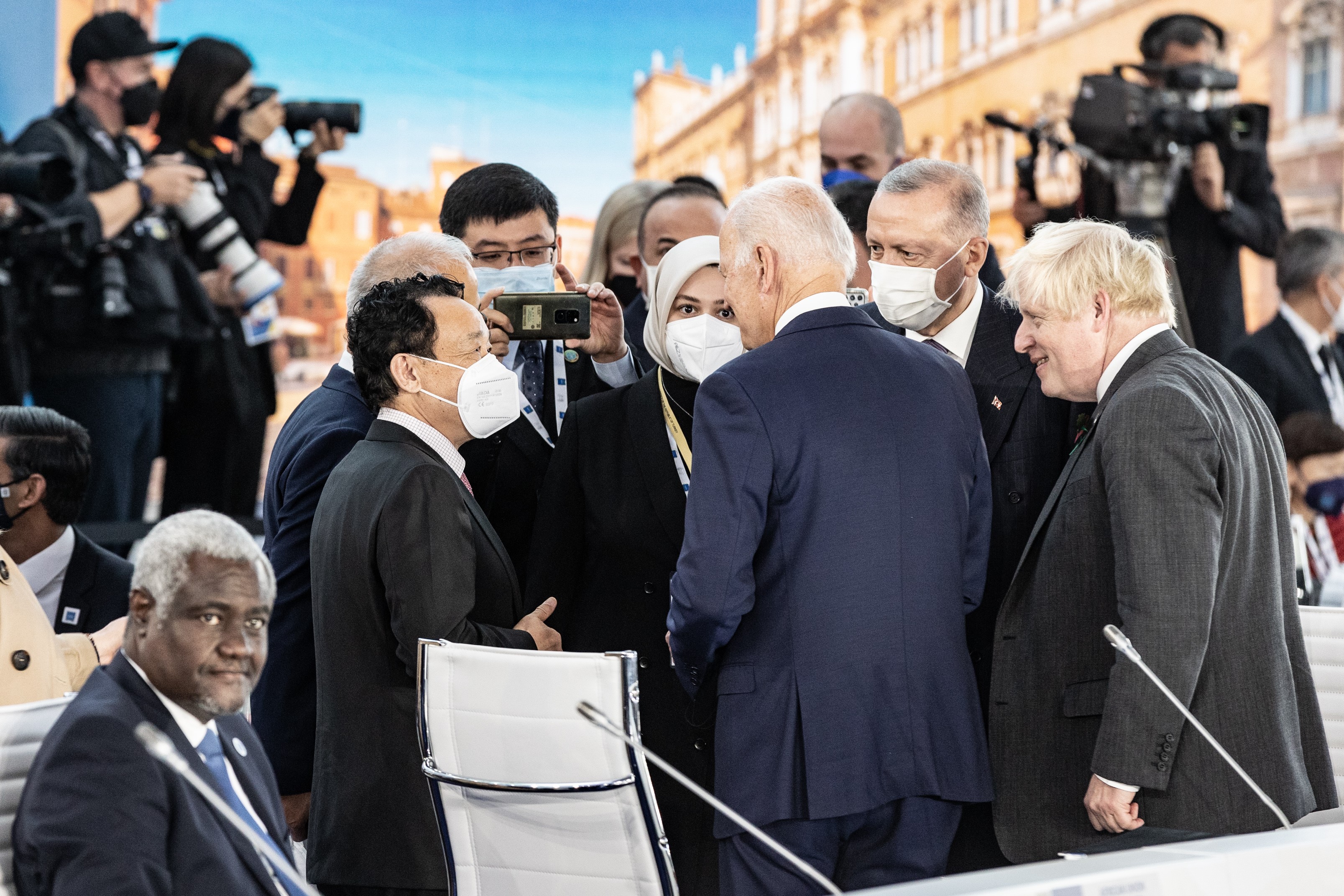 Rome – Policy makers must find a way to “feed the world and save the planet at the same time,” QU Dongyu, Director-General of the Food and Agriculture Organization of the United Nations (FAO), said at the G20 Leaders Summit in Rome on Sunday.

“Climate change will compromise our ability to produce sufficient amounts of nutritious foods and increase poverty and deepen inequalities,” Qu warned, on the eve of COP climate conference in Glasgow.

Qu spoke during two sessions – one focused on climate change and the environment and the other on sustainable development – at the Summit hosted by Prime Minister Mario Draghi of Italy and attended, mostly in person, by presidents and heads of government representing around two-thirds of the world’s population and an even higher share of its economic activity.

He expressed his thanks to Italy for its support to the Food Coalition initiative and for making sure that global food security was high on the agenda throughout the 2021 G20 Presidency. The Leaders Summit culminated a year with 175 events, 20 ministerial meetings, two other G20 Leaders- meetings – one on Health and one on Afghanistan – as well as dozens of working group sessions that have led among other outcomes to the Matera Declaration on Food Security, Nutrition and Food Systems, to which FAO was a major contributor.

Agri-food systems around the world are being threatened by a hosts of factors ranging from civil conflicts to biodiversity loss, and the COVID-19 pandemic has made things worse, pushing more than 800 million people into chronic hunger, while another 3 billion cannot afford healthy diets, the Director-General said. We are not on track to limit global temperature rise to 1.5 degrees, he said.

Many participants in the Rome summit are expected to attend the UN’s Climate Change Conference, known as COP26, which will run from 31 October through 12 November in Glasgow, Scotland.

With just nine agricultural seasons until the 2030 target date for the Sustainable Development Goals, “the urgency for climate action is stronger than ever,” the Director-General told the G20 leaders.  “Politicians need to take stronger leadership, People need to take the ownership and all society must work in coherent partnership based on science and innovation.”

The G20 Rome Leaders Declaration culminating the Summit encouraged partners and stakeholders everywhere “to collaborate with or join the Food Coalition launched by FAO as a means to respond to the impacts of COVID-19 on food security and nutrition.” Leaders also recognized the importance of sustainable agri-food systems not only to combat hunger but also to “make a major contribution to tackling the interlinked global challenges of climate change and biodiversity loss.”

What FAO is doing

FAO is firmly committed to working together with Members and all partners coherently on the 2030 Agenda and the SDGs, Qu emphasized.

Boosting public and private investments, increasing access to convenient infrastructure and financial resources for farmers and the vulnerable, and implementing policy reforms that provide incentives for private sector actors to support agri-food systems transformation and rural development are cardinal principles of what needs to be done concretely to make agri-food systems “more efficient, more inclusive, more resilient and more sustainable,” he said.

“We must believe in science, learn science and apply science; we must innovate our business model - sci-tech and methodology are our ultimate solutions!” he said. The “4Rs”: reduce, reuse, recycle and replace – should be basic guidance for policy makers, he added.

FAO has rolled out the Hand-in-Hand Initiative to catalyze strong and effective partnerships to improve the agri-food potential of countries, as well as the Green Cities Initiative to enhance urban environments. FAO created a G20 Green Garden in Rome to support its common agenda with Italy.

The Organization takes a holistic approach to agri-food systems and builds on scientific evidence, big data and innovation, as well as enabling policies to ensure that agri-food systems contribute to lower greenhouse gas emissions, while increasing socio-economic and environmental benefits. Rural development must be at the top of national development priorities, the Director-General emphasized.

The “5Fs” – food, feed, fiber, fuel and a friendly environment – of agri-food systems are crucial arenas to improve people’s livelihoods, and FAO’s new Strategic Framework 2022-2031 supports Members craft pathways to establish the Four Betters: Better production, Better nutrition, a Better environment, and a Better life for all, leaving no one behind, Qu said.

Photo album from the G20 Leaders Summit in Rome