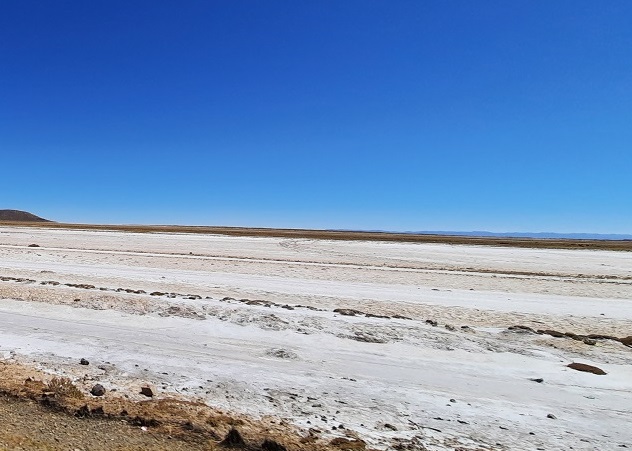 The map estimates that there are more than 833 million hectares of salt-affected soils around the globe (8.7% of the planet). Most of them can be found in naturally arid or semi-arid environments in Africa, Asia and Latin America. However, the map also shows that 20 to 50 percent of irrigated soils in all continents are too salty, meaning over 1.5 billion people worldwide face significant challenges in growing food due to soil degradation.

The map, a joint project involving 118 countries and hundreds of data-crunchers, allows experts to identify where sustainable soil management practices should be adopted to prevent salinization and sodification and to manage salt-affected soils sustainably. The map can inform policy makers when dealing with climate change adaptation and irrigation projects.

The launch took place on the opening day of the Global Symposium on Salt-Affected Soils, a three-day virtual conference. More than 5,000 experts are registered for the event, which is co-organized by FAO and runs until October 22.

“We must look for innovative ways to transform our agri-food systems to be more efficient, more inclusive, more resilient and more sustainable,” FAO Director-General QU Dongyu said during the symposium’s opening ceremony. Uzbekistan’s minister of agriculture, Jamshid Khodjaev, whose government is among the co-organizers, also delivered opening remarks.

The mother of all creatures

If water is the source of life, then soil is the mother of all creatures. Healthy soils are a pre-requisite to achieve the United Nations’ Sustainable Development Goals and form the basis of FAO’s Four Betters - better production, better nutrition, a better environment, and a better life, leaving no one behind.

Soils can become salt-affected very quickly for a variety of reasons: due to human mismanagement, excessive or inappropriate use of fertilisers, deforestation, sea level rises, a shallow water table which affects the rootzone, or seawater intrusion into groundwater that is then used for irrigation. Climate change is also raising the stakes, with models suggesting that global drylands could expand by as much as 23 percent – mostly in developing countries - by the end of the century.

Human-induced salt-affected soils (a term that describes saline, sodic, and saline-sodic soils) are less fertile and less productive and therefore pose a threat to the global fight against hunger and poverty. They also reduce water quality and soil biodiversity while increasing soil erosion.

The purpose of the symposium is to raise awareness and combat the problem through a variety of tools. Good practices for managing and reclaiming salt-affected soils are being presented, while a photo contest offers participants the opportunity to share their testimonies on the effects of soil salinity and sodification.

The event takes place ahead of World Soil Day on December 5, which this year is dedicated to salt-affected soils with the motto "Halt soil salinization, boost soil productivity".

What are salt-affected soils?