UN Report: Global hunger numbers rose to as many as 828 million in 2021 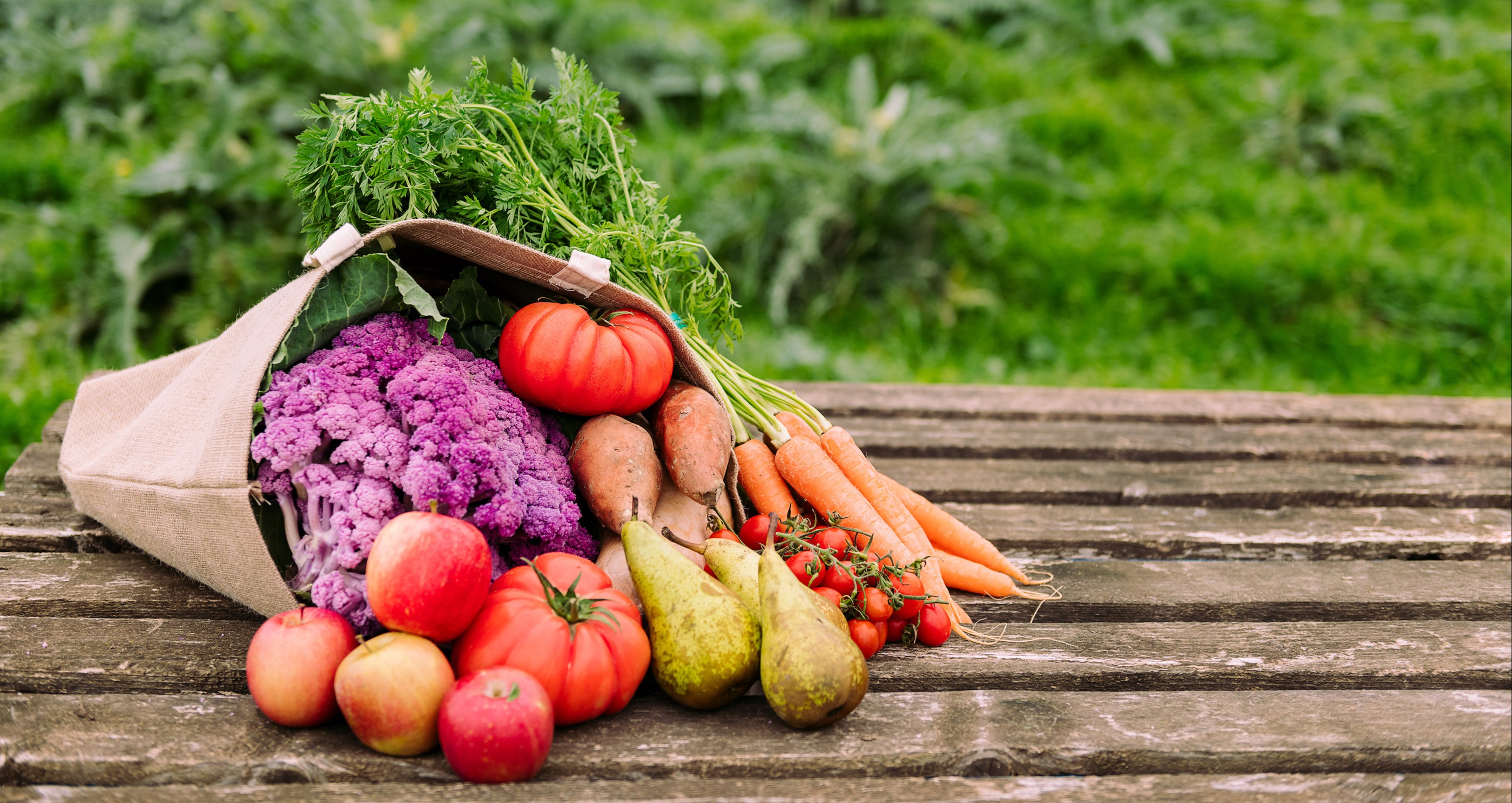 The 2022 SOFI report provides updates on the food security and nutrition situation around the world.

Rome/New York - The number of people affected by hunger globally rose to as many as 828 million in 2021, an increase of about 46 million since 2020 and 150 million since the outbreak of the COVID-19 pandemic (1), according to a United Nations report that provides fresh evidence that the world is moving further away from its goal of ending hunger, food insecurity and malnutrition in all its forms by 2030.

The 2022 edition of The State of Food Security and Nutrition in the World (SOFI) report presents updates on the food security and nutrition situation around the world, including the latest estimates of the cost and affordability of a healthy diet. The report also looks at ways in which governments can repurpose their current support to agriculture to reduce the cost of healthy diets, mindful of the limited public resources available in many parts of the world.

The numbers paint a grim picture:

Looking forward, projections are that nearly 670 million people (8 percent of the world population) will still be facing hunger in 2030 – even if a global economic recovery is taken into consideration. This is a similar number to 2015, when the goal of ending hunger, food insecurity and malnutrition by the end of this decade was launched under the 2030 Agenda for Sustainable Development.

As this report is being published, the ongoing war in Ukraine, involving two of the biggest global producers of staple cereals, oilseeds and fertilizer, is disrupting international supply chains and pushing up the prices of grain, fertilizer, energy, as well as ready-to-use therapeutic food for children with severe malnutrition. This comes as supply chains are already being adversely affected by increasingly frequent extreme climate events, especially in low-income countries, and has potentially sobering implications for global food security and nutrition.

“This report repeatedly highlights the intensification of these major drivers of food insecurity and malnutrition: conflict, climate extremes and economic shocks, combined with growing inequalities,” the heads of the five UN agencies (2) wrote in this year's Foreword. “The issue at stake is not whether adversities will continue to occur or not, but how we must take bolder action to build resilience against future shocks.”

The report notes as striking that worldwide support for the food and agricultural sector averaged almost USD 630 billion a year between 2013 and 2018. The lion share of it goes to individual farmers, through trade and market policies and fiscal subsidies. However, not only is much of this support market-distorting, but it is not reaching many farmers, hurts the environment and does not promote the production of nutritious foods that make up a healthy diet. That's in part because subsidies often target the production of staple foods, dairy and other animal source foods, especially in high- and upper-middle-income countries. Rice, sugar and meats of various types are the most incentivized food items worldwide, while fruits and vegetables are relatively less supported, particularly in some low-income countries.

With the threats of a global recession looming, and the implications this has on public revenues and expenditures, a way to support economic recovery involves the repurposing of food and agricultural support to target nutritious foods where per capita consumption does not yet match the recommended levels for healthy diets.

The evidence suggests that if governments repurpose the resources they are using to incentivize the production, supply and consumption of nutritious foods, they will contribute to making healthy diets less costly, more affordable and equitably for all.

Finally, the report also points out that governments could do more to reduce trade barriers for nutritious foods, such as fruits, vegetables and pulses.

(1) It is estimated that between 702 and 828 million people were affected by hunger in 2021. The estimate is presented as a range to reflect the added uncertainty in data collection due to the COVID-19 pandemic and related restrictions. The increases are measured with reference to the middle of the projected range (768 million).

FAO Director-General QU Dongyu: “Low-income countries, where agriculture is key to the economy, jobs and rural livelihoods, have little public resources to repurpose. FAO is committed to continue working together with these countries to explore opportunities for increasing the provision of public services for all actors across agrifood systems.”

IFAD President Gilbert F. Houngbo: “These are depressing figures for humanity. We continue to move away from our goal of ending hunger by 2030. The ripple effects of the global food crisis will most likely worsen the outcome again next year. We need a more intense approach to end hunger and IFAD stands ready to do its part by scaling up its operations and impact. We look forward to having everyone's support.”

UNICEF Executive Director Catherine Russell: “The unprecedented scale of the malnutrition crisis demands an unprecedented response. We must double our efforts to ensure that the most vulnerable children have access to nutritious, safe, and affordable diets -- and services for the early prevention, detection and treatment of malnutrition. With so many children’s lives and futures at stake, this is the time to step up our ambition for child nutrition – and we have no time to waste.”

WFP Executive Director David Beasley: “There is a real danger these numbers will climb even higher in the months ahead. The global price spikes in food, fuel and fertilizers that we are seeing as a result of the crisis in Ukraine threaten to push countries around the world into famine. The result will be global destabilization, starvation, and mass migration on an unprecedented scale. We have to act today to avert this looming catastrophe.”

WHO Director-General Tedros Adhanom Ghebreyesus: “Every year, 11 million people die due to unhealthy diets. Rising food prices mean this will only get worse.  WHO supports countries’ efforts to improve food systems through taxing unhealthy foods and subsidising healthy options, protecting children from harmful marketing, and ensuring clear nutrition labels. We must work together to achieve the 2030 global nutrition targets, to fight hunger and malnutrition, and to ensure that food is a source of health for all.”

Acute food insecurity: food insecurity found in a specified area at a specific point in time and of a severity that threatens lives or livelihoods, or both, regardless of the causes, context or duration. Has relevance in providing strategic guidance to actions that focus on short-term objectives to prevent, mitigate or decrease severe food insecurity.

Hunger: an uncomfortable or painful sensation caused by insufficient energy from diet. In this report, the term hunger is synonymous with chronic undernourishment and is measured by the prevalence of undernourishment (PoU).

Malnutrition: an abnormal physiological condition caused by inadequate, unbalanced or excessive intake of macronutrients and/or micronutrients. Malnutrition includes undernutrition (child stunting and wasting, and vitamin and mineral deficiencies) as well as overweight and obesity.

Moderate food insecurity: a level of severity of food insecurity at which people face uncertainties about their ability to obtain food and have been forced to reduce, at times during the year, the quality and/or quantity of food they consume due to lack of money or other resources. It refers to a lack of consistent access to food, which diminishes dietary quality and disrupts normal eating patterns. Measured based on the Food Insecurity Experience Scale.

Severe food insecurity: a level of severity of food insecurity at which, at some time during the year, people have run out of food, experienced hunger and at the most extreme, gone without food for a day or more. Measured based on the Food Insecurity Experience Scale.

Undernourishment: a condition in which an individual’s habitual food consumption is insufficient to provide the amount of dietary energy required to maintain a normal, active, healthy life. The prevalence of undernourishment is used to measure hunger (SDG indicator 2.1.1). 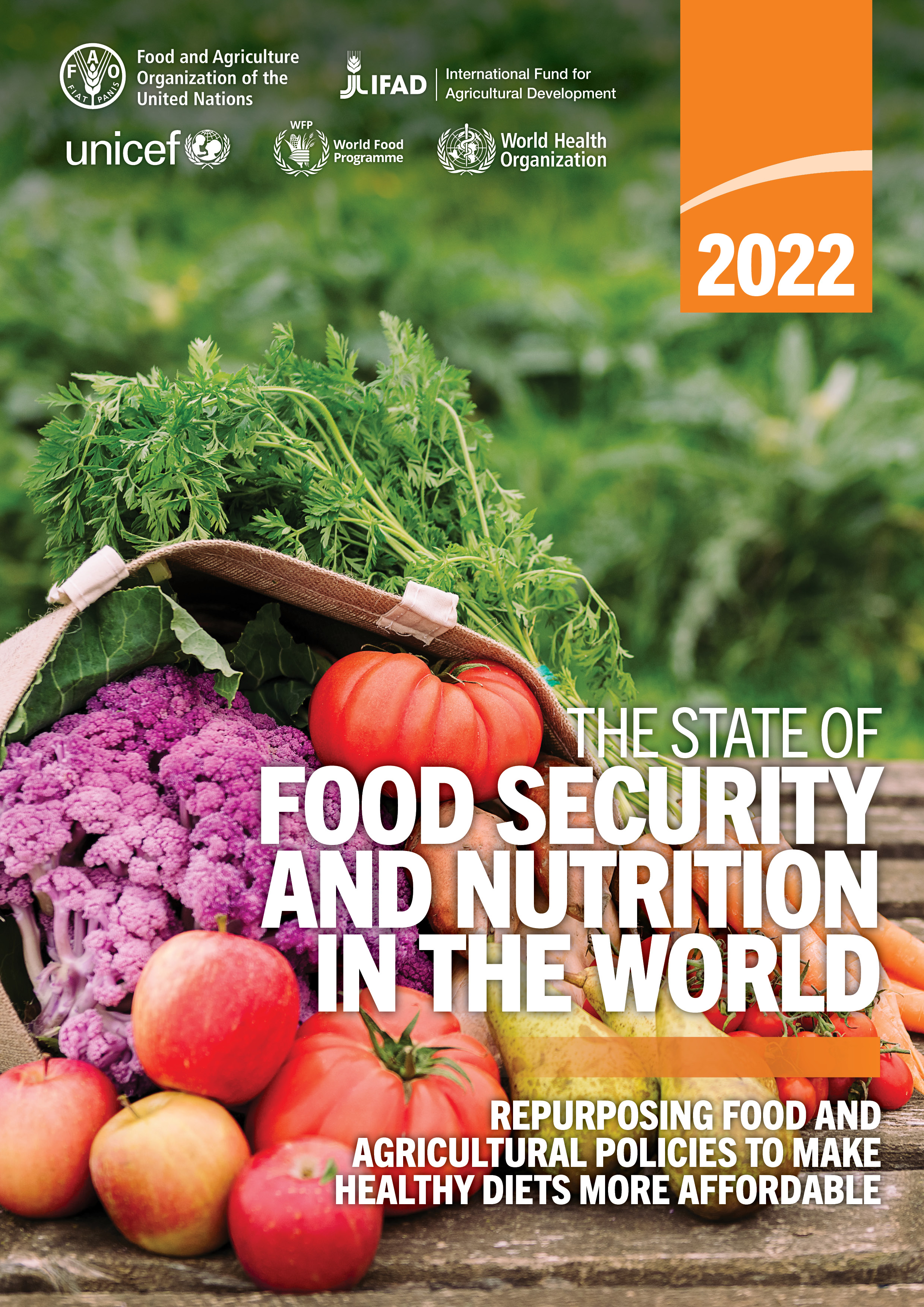 The State of Food Security and Nutrition in the World 2022