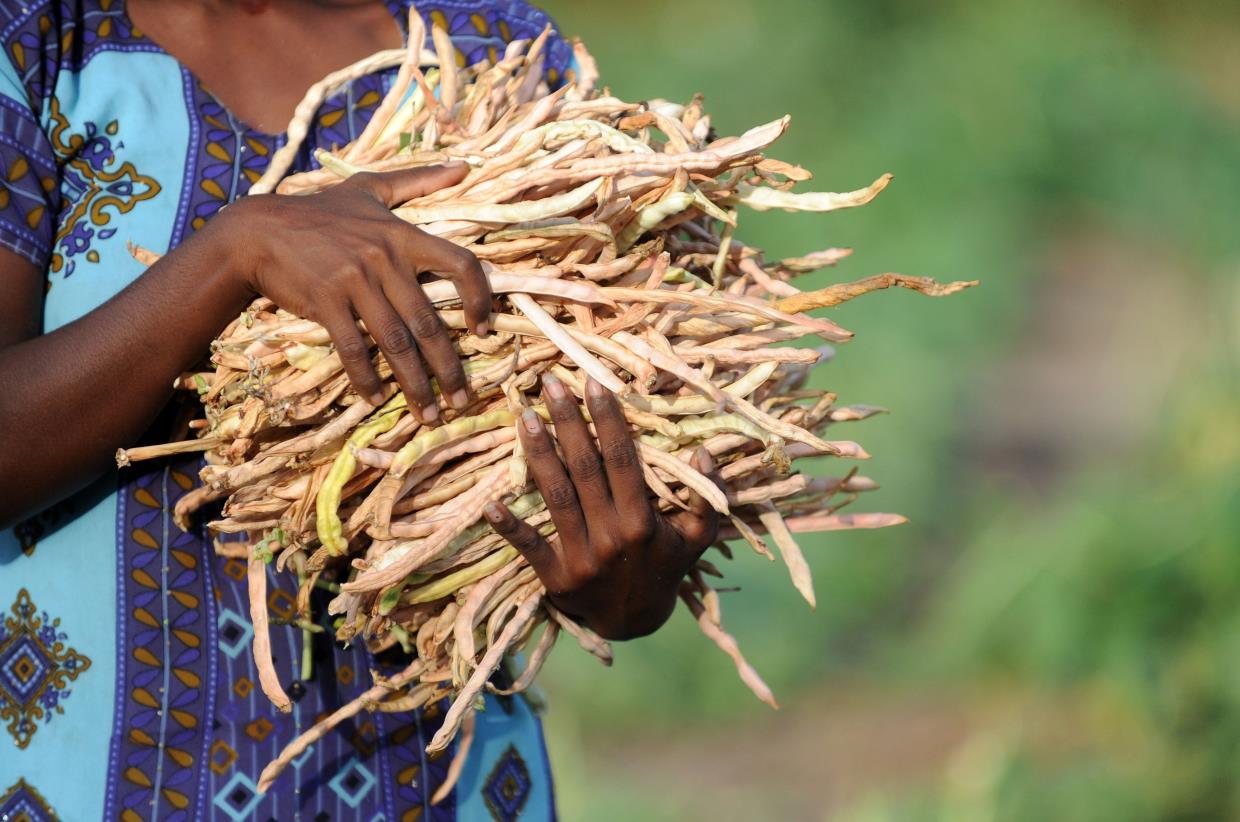 10 March 2014, Ulaanbaatar - Governments in Asia and the Pacific should take some major, fundamental decisions – and soon – about ways to increase their food production and address undernourishment, FAO has warned.

The warning comes as nearly 40 FAO member countries gathered in the Mongolian capital for the 32nd FAO Regional Conference for Asia and the Pacific to examine the state of food and agriculture in the region and a number of other important agriculture-related issues.

While the Asia-Pacific region is making good progress in reducing undernutrition, it still has more hungry people than all the other regions of the world combined – more than 550 million. The Millennium Development Goal of reducing hunger by half by 2015 is on course to be met, and in Southeastern Asia has already been achieved. Timor-Leste has launched a national campaign to take forward the fight against hunger beyond 2015, inspired by the UN’s global Zero Hunger Challenge (with a goal of 2025).

However, the region as a whole needs to improve food production systems and delivery to consumers or face significant food security problems within the next generation. Indeed some developing countries in Asia and the Pacific will need to increase their food production by up to 77 percent to feed their people by 2050, when the world’s population is expected to top nine billion.

Asia and the Pacific accounts for more than 90 percent of world rice production and consumption. The region’s food security and people’s livelihoods are very much dependent on rice. As a response to a request by FAO member countries, FAO has produced a Regional Rice Strategy which is being discussed at the regional level for finalization.

Farming, fishing and forestry practices need to be modernized and made more profitable, while countries in the region must take serious, coordinated steps to reduce food losses and food waste, which is as high as 30-50 percent regarding grains, fruits and vegetables.

Accordingly, FAO launched the regional Save Food Asia-Pacific campaign in August 2013 with an aim to promote public awareness of the need to minimize food losses and food waste.

Nutritional deficiencies a threat to health and economies

While most people in this region are presently getting enough to eat, they are not eating the right foods. The result is a high rate of micro-nutrient deficiency – a lack of absorption of minerals and vitamins. It can be devastating in childhood, where the result can leave a young person stunted, unable to fully reach his or her physical and mental development. In some developing countries in the region the affliction rate is as high as 50 percent.

Across the region there has been little progress in reducing vitamin A deficiency. Between 1990 and 2007, there was only a five percent improvement – from 37 percent to 32 percent – a very slow rate of decline. Meanwhile, in some countries rates of anemia can still be as high as 50 percent and iodine deficiency up to 30 percent.

As the rate of obesity increases across Asia and the Pacific, other health problems are emerging such as cardiovascular disease, higher risk of stroke and diabetes. Treating these conditions, especially in an aging population, will place a great burden on public health care systems across the region. Between 1990 and 2010, the total disability-adjusted life years (DALYs) lost to overweight and obesity in Asia has more than doubled, while in Pacific Island countries it has quadrupled.

These warnings and recommendations to member States for action are highlighted in an FAO State of Food and Agriculture report to the Regional Conference.

In many parts of the region, coconuts are both an important cash crop and one of the most important foods in the daily diet of millions. Because of its economic importance, and because most coconut trees are aging, many 50-60 years old, there is a need to rehabilitate senile and unproductive palms in the coconut-growing countries in Asia and the Pacific. There is a strong business case to replant. Coconuts offer value-added products like virgin coconut oil (VCO), VCO-based soap and cosmetic products that can provide additional and more stable income for coconut farmers.

Outside of traditional export commodities such as coffee, cocoa, round logs and copra, vertical integration into global value chains has not been well developed in Pacific Island Countries (PICs). The difficult economic geography of the PICs, combined with robust competition from lower-cost countries in Asia, suggests that PIC agriculture might be usefully re-oriented towards the domestic market in order to improve food and nutrition security. Increasing urbanization and a vibrant tourism sector is providing greater opportunities for PIC farmers in domestic markets.

Aquaculture emerged as a significant source of fish and other aquatic animals in the mid-1980s, and it now provides at least half of the food fish consumed in the region. Given the fact that fish is healthier than many meats, further rapid growth of aquaculture presents significant opportunities for improving food and nutrition security for the poor, provided it is undertaken sustainably. There are growing concerns about the intensification of aquaculture, however, in terms of both its sustainability and its environmental impact and these must be addressed before intensification.

Livestock production has been growing rapidly over the past 20 years, and FAO projects that global demand for animal source food (ASF) will increase by a further 76 percent from 2005/07 to 2050. But rapid growth of the livestock sector has led to many problems, including increased risks to human health from pathogens harboured by animals; environmental degradation, pollution and influx of high levels of drug residues into the environment; emergence of antibiotic-resistant strains of bacteria because of the indiscriminate use of antibiotics; loss of biodiversity and genetic resources; and acceleration of climate change through livestock-associated emission of greenhouse gases.

Family farming is essential for the sustainability of agricultural, forestry and fishery production systems. Such farms are the dominant mode of farm organization around the world, especially in Asia and the Pacific. In light of this importance, the General Assembly of the United Nations, at its 66th session, declared 2014 as the International Year of Family Farming (IYFF) and invited FAO to facilitate its implementation in cooperation with governments, the United Nations system and relevant non-governmental organizations.

The overall objective of the IYFF is to promote and help guide a broad discussion at national, regional and global levels to increase awareness and understanding about the diverse contributions, challenges and support needed for family farms and smallholder farming in eradicating hunger and reducing rural poverty, leading to sustainable development of rural areas and sustainable production aimed at achieving food security.

FAO organized a regional multi-stakeholder dialogue in November 2013 to kick-start a regional initiative to support the IYFF. A regional conference on Family Farming in the 21st Century: Challenges and Opportunities is being organized in Chennai, India in August.

The FAO Regional Conference for Asia and the Pacific brings together ministers of agriculture and high-level officials of Member States across the region.

Convening every two years, it examines the opportunities and challenges in the region and sets priority areas of work to improve food security and nutrition, increase agricultural productivity, raise the standard of living in rural populations and contribute to sustainable economic growth.