The Sahel is a 2.5 million km2 semi-arid region that extends through eight sub-Saharan countries, from the Atlantic Coast to the Red Sea. The Sahel is characterized by low and erratic rainfall and represents a challenging environment for agriculture. Sedentary agriculture takes place in the wetter, more southerly zones and is generally of the smallholder type, often representing a marginal existence in the face of drought, soil denudation and erosion. Pastoralism takes place in the more marginal northern areas and often comes into conflict with sedentary agriculture over scarce water resources. Climate change has constrained sustainable and reliable rain-fed crop production in the Sahel.

The Sahel supports about 150 million, more than 64 percent of the population being under 25 years old. Its human and natural resources represent substantial potential for economic growth, but there are deep-rooted challenges that influence the prosperity of the Sahel. The peoples living in the Sahel are among Africa’s poorest and their livelihoods are frequently precarious. Millions of the zone’s inhabitants in the most disadvantaged communities are regularly hungry and undernourished.

Small-scale agricultural producers in Burkina Faso and Niger are largely representative of those living in other countries of the Sahel. Crop production in the Sahelian zone can be enhanced through irrigation, which has been expanding in the area for many decades, and both countries have national irrigation strategies: Burkina Faso’s dating from 2004 and Niger’s from 2005. The full potential of small-scale irrigation has yet to be realized, however. Small-scale irrigation, when carefully implemented, can address problems of both water shortage and water wastage in crop production. 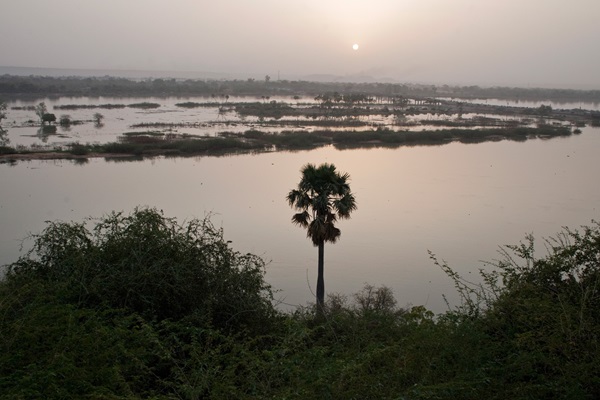 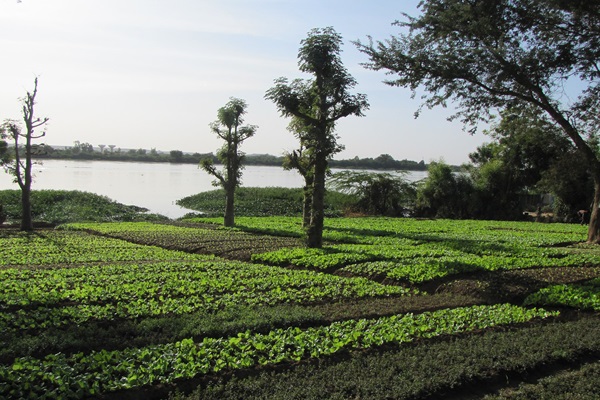 The benefits of small-scale irrigation

The benefits of small-scale irrigation not only include extension of the growing seasons, so that crops can be produced throughout the year, rather than seasonally according to rainfall patterns, but also include increased employment opportunities. Enhanced production and employment are expected to increase national GDPs and reduce poverty.

FAO, through its pilot activity Pro-Sahel, with its country-owned Hand-in-Hand initiative, in collaboration with AKADEMIYA2063 and a range of other partners, aims to enhance the effectiveness of small-scale irrigation technologies for small-scale producers in Burkina Faso and Niger. The pilot activity has produced roadmaps for both countries to scale-up investments in irrigation technologies. This involves developing financial models to make small-scale irrigation more accessible, relevant and affordable to the farmers of Burkina Faso and Niger. Suggestions for improved irrigation methodologies are based on diverting surface water, including rivers, and using pumps of various designs to access surface and groundwater reserves. 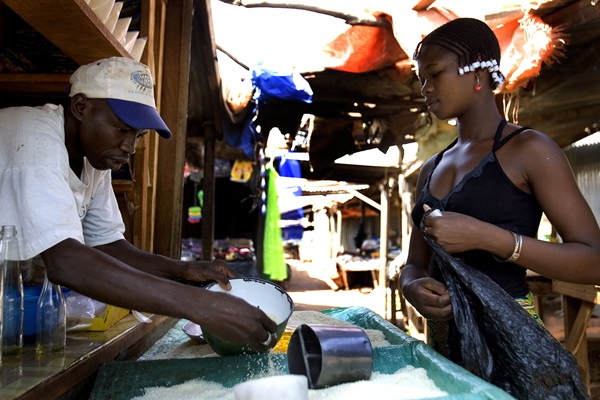 A recent study by AKADEMIYA2063 suggested that in Niger, an estimated 136 thousand hectares of land could be profitably and sustainably irrigated using treadle and motor pumps. Similarly, in Burkina Faso, 850 000 to 1 million hectares could be irrigated by smallholder farmers using the same technologies. The programme represents a move away from reliance on the increasingly unreliable rainfall and promotes expansion and increased efficiency of the current irrigation practices.

A variety of high-value crops can be produced under irrigation, which will have an immediate market to generate income, and which can also be consumed at the household level to improve nutrition of farming families. The crops include a range of vegetables such as onion, tomato, potato, cowpea, cabbage and green beans. Production of staples, including maize and rice, is also possible.

The irrigation methods include a range of technologies for distributing diverted surface water and groundwater from shallow and deep wells. However, it is recognized that innovative technologies, such as solar powered irrigation systems (SPIS), which use electricity generated from solar panels, could play an important role in the future. In addition to novel water extraction methods, innovative water distribution systems can be implemented, including drip irrigation, which reduces wastage of precious water reserves.

The planning process for expanding irrigation schemes relies on existing knowledge and experience from the area, learning from the lessons of previous attempts to increase crop production in the Sahel. Particular emphasis will be placed on securing land and water tenure, often contentious issues in the Sahel, and encouraging an enabling environment. Best practices are a key deliverable developed by the project. Efforts focus on water harvesting techniques, water extraction technologies, water distribution technologies and innovations in governance. These themes are addressed through supporting the technologies, strengthening national extension systems, streamlining market access, expanding programme support and investment possibilities, and establishing institutional frameworks. Generation of public and private sector interest will be key to success.

This initiative will consider the experiences documented by other small-scale irrigation schemes, of which there have been many, including the Sahel Irrigation Initiative Support Project (SIIP), the 'Farmer-led irrigation initiative' of the World Bank and the Alliance for Green Revolution in Africa (AGRA), among others. There is an awareness of some of the downsides of increased irrigation, particularly the possibility for increase and spread of diseases such as malaria and bilharzia. However, mitigation measures exist.

Through innovation and technology, it is anticipated that livelihoods in a harsh environment will be improved. Small-scale irrigation for small-scale producers can be scaled up to benefit more communities, including those in other Sahelian countries that are currently constrained by limited and erratic water supplies that prevent sustainable crop production.