Land tenure underlies most development efforts and initiatives, including those related to introducing green agricultural practices and the transformation of food systems. Since agricultural land is one of the main factors of production and the basis for any human activity, clear and secure tenure rights over land represent an essential element of – and basic precondition of – sustainability.

On the other hand, insecure tenure rights, disputes and conflicts over land, and unequal access to land and other natural resources can jeopardize development efforts and often pose significant barriers to the achievement of development objectives.

Farm structures with excessive land fragmentation and very small farm sizes hinder farm productivity and competitiveness, hamper the introduction of more sustainable and environmentally friendly agricultural practices and may lead to land abandonment. It is essential to address these structural problems while strengthening tenure security and securing equal access to land. Land management instruments such as land consolidation, land banking, facilitation of lease agreements and an active management of state-owned agricultural land can help address these challenges holistically and comprehensively while contributing to broader development objectives.

Farms in most FAO programme countries in Europe and Central Asia (ECA) are predominately small family farms, with only a relatively few large corporate farms. Land fragmentation is often excessive, and land abandonment is widespread. Around the year 2000, FAO began to document and address problems in this area.

Most countries in Western Europe have long traditions of land consolidation and land banking. Initially, the main objective was to facilitate local agricultural development by reducing land fragmentation and facilitating farm enlargement on a voluntary basis, often in connection with the improvement of the local agricultural infrastructure. Since the 1980s, countries in Western Europe have started to apply land consolidation in a multi-purpose approach, i.e. pursuing at the same time agricultural development and such public objectives as climate change adaptation and mitigation, nature restoration, afforestation and environmental protection.

Since 2004, FAO has in the region supported the introduction of land management instruments and the building up of national programmes through 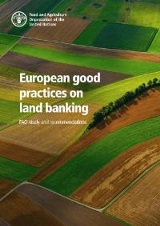 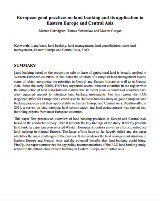 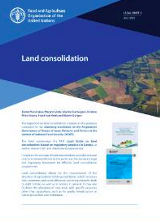 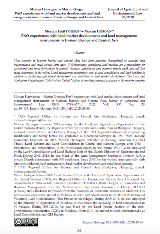 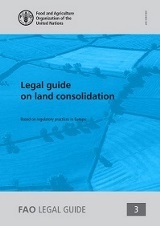 Legal guide on land consolidation: Based on regulatory practices in Europe. FAO Legal Guide, No. 3